My mother started this tradition, when I was a teenager.

She announced that on Boxing Day everyone could do whatever they liked, and she, for one, was going to do the same.

On that occasion my grandmother was staying with us. She elected to stay in bed, and people brought her sandwiches, and soup on a tray, and gin-and-peppermint-cordial, and coffee at regular intervals. I suspect my brother and I stayed in our pyjamas most of the day, watching TV, snacking on crisps and chocolate.

I think we all regrouped and put some kind of evening meal together; baked potatoes, left-overs, celery and carrots sticks, that kind of thing.

It turned out that we were none of us so selfish, or self-absorbed, that we couldn't, or wouldn't, offer food, or drink to each other at random moments through the day. If someone wanted to go for a walk, they went out by themselves if they wanted to, or maybe gathered a party of like-minded people if they wanted company, but no-one felt that they HAD to join in with anything.

The tradition has continued. Obviously, while the children were very young we couldn't go for it in a  big way, but as they got older, they, too, learnt to fend for themselves, with a little help from us parents.

We were out earlier, doing this and that. Our reward was to be part of the beautiful morning; while BestB was scraping the ice off the car, I took this picture. Every berry had its own jewel-drop of water. 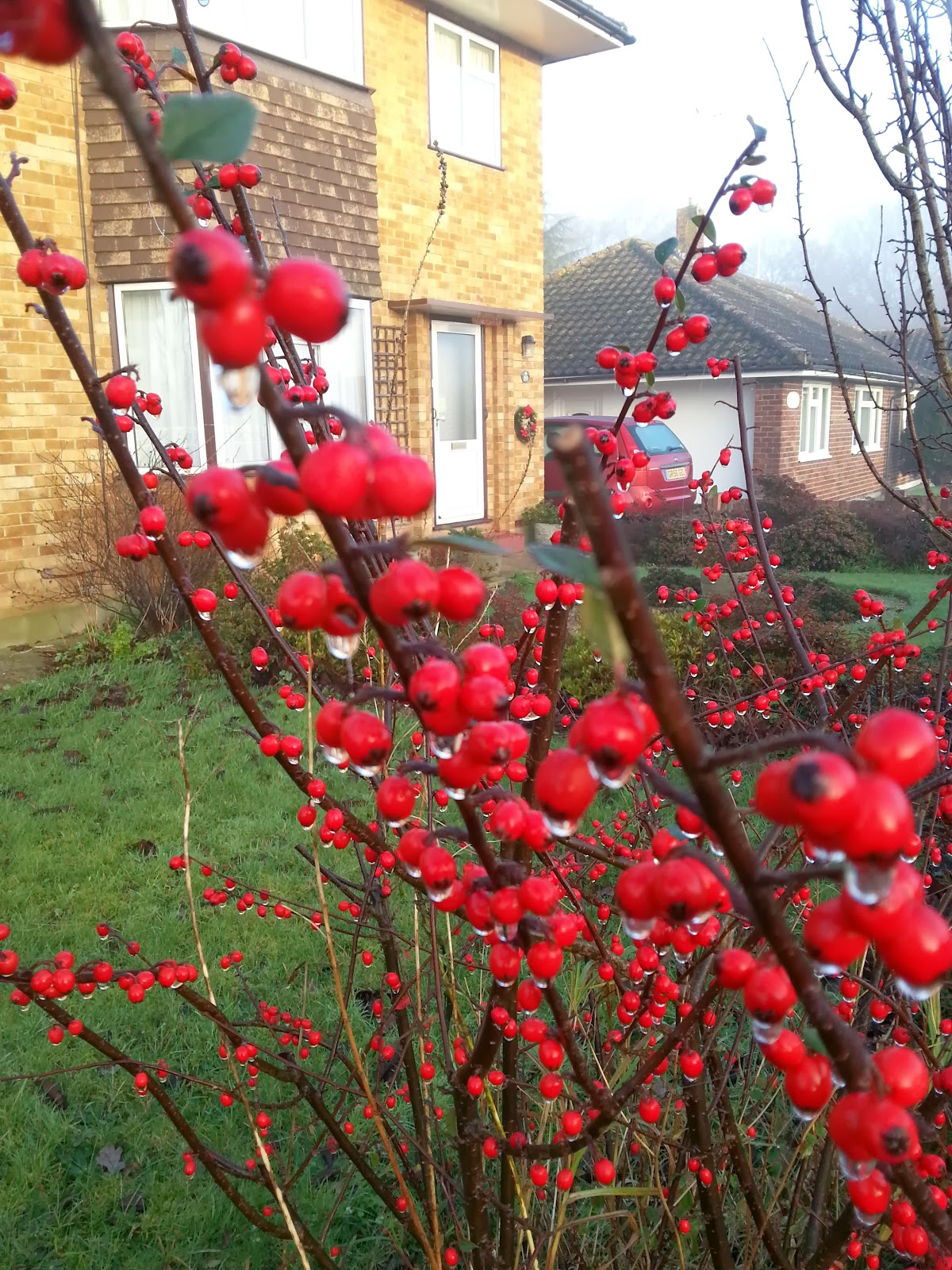