Saturday 1st February - For the first time since...

For the first time since I cannot remember when, we have a Saturday, and maybe even a Sunday as well, of doing absolutely nothing beyond the bare minimum required for health and hygiene. I think it was probably back in October, or maybe even August, that we last had time like this.

We are not going anywhere, doing anything, arranging anything, planning anything. We are not scheduling, clock-watching, list-making, checking, measuring, mending, fetching or carrying.

We have both had ferocious and horrible head colds all week, spending the nights waking each other up by turns with coughing and snoring and snorting. And neither of us took much in the way of time off - I did cancel one school on Wednesday morning, as running a samba lesson for forty-three children, on my own, with no speaking voice, was beyond me. So, after five days of relentless willpower, we have zonked out. We have spent the day so far in reading, messing about on the computer or phones, watching daytime tv, listening to the radio. We have hardly spoken to each other - anyway, he has a sore throat, so it would be cruel to try converse.

There is food in the freezer. I'll do an on-line grocery shop later to set us up for next week.

Tomorrow I'll be better enough to go in and play the organ for the 9am church service, and that's all I'm thinking of doing.

Meanwhile, it's the first day of Spring. We have had sunshine and rainbows as well as rain. Next door's garden is full of crocusesses. There is the promise of an anemone in one of the pots by the front door. 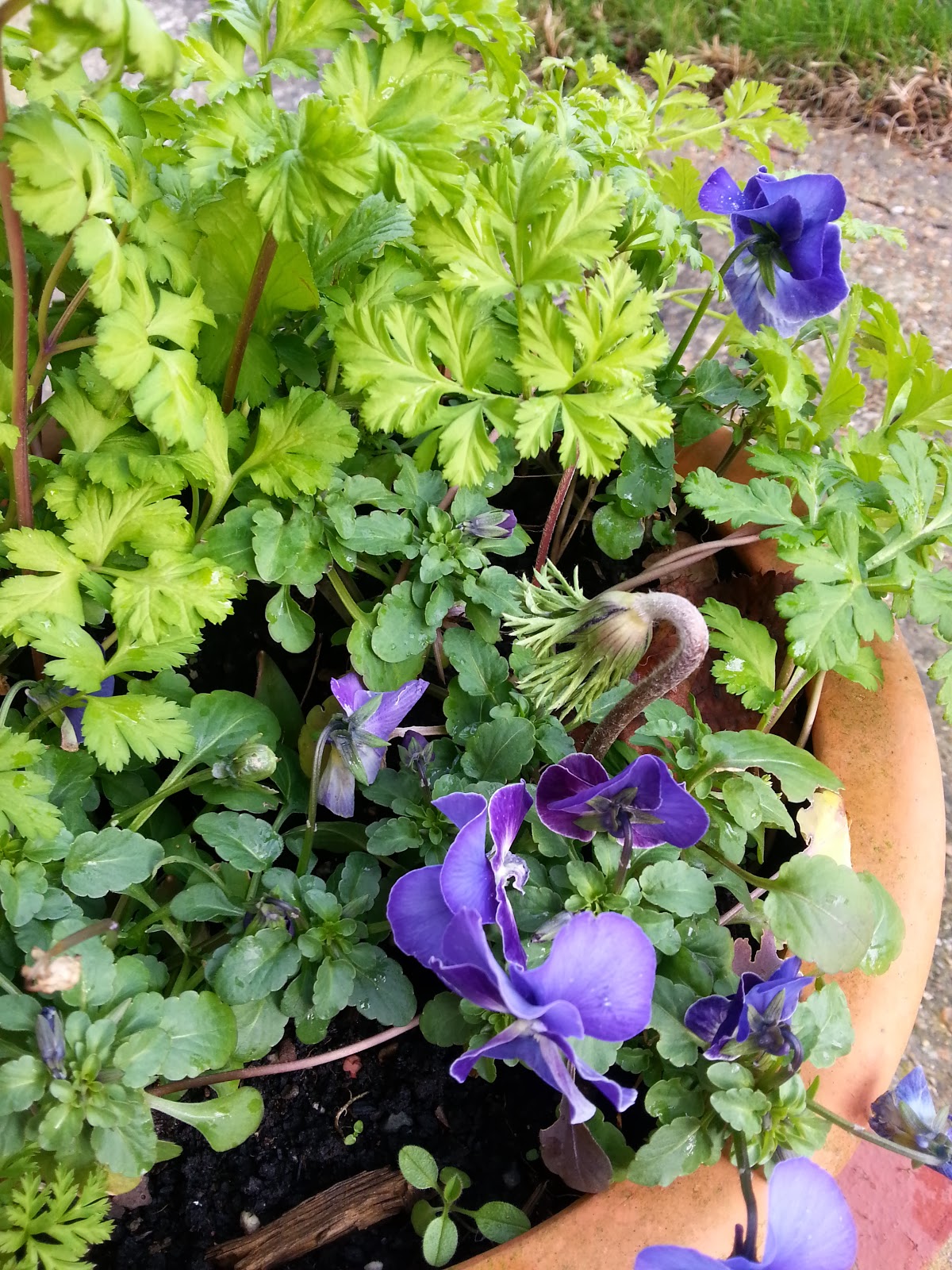 We are having a blissfully peaceful day. It feels almost like a holiday.﻿
﻿
Posted by KirstenM at 15:23:00

Email ThisBlogThis!Share to TwitterShare to FacebookShare to Pinterest
Labels: peace at last