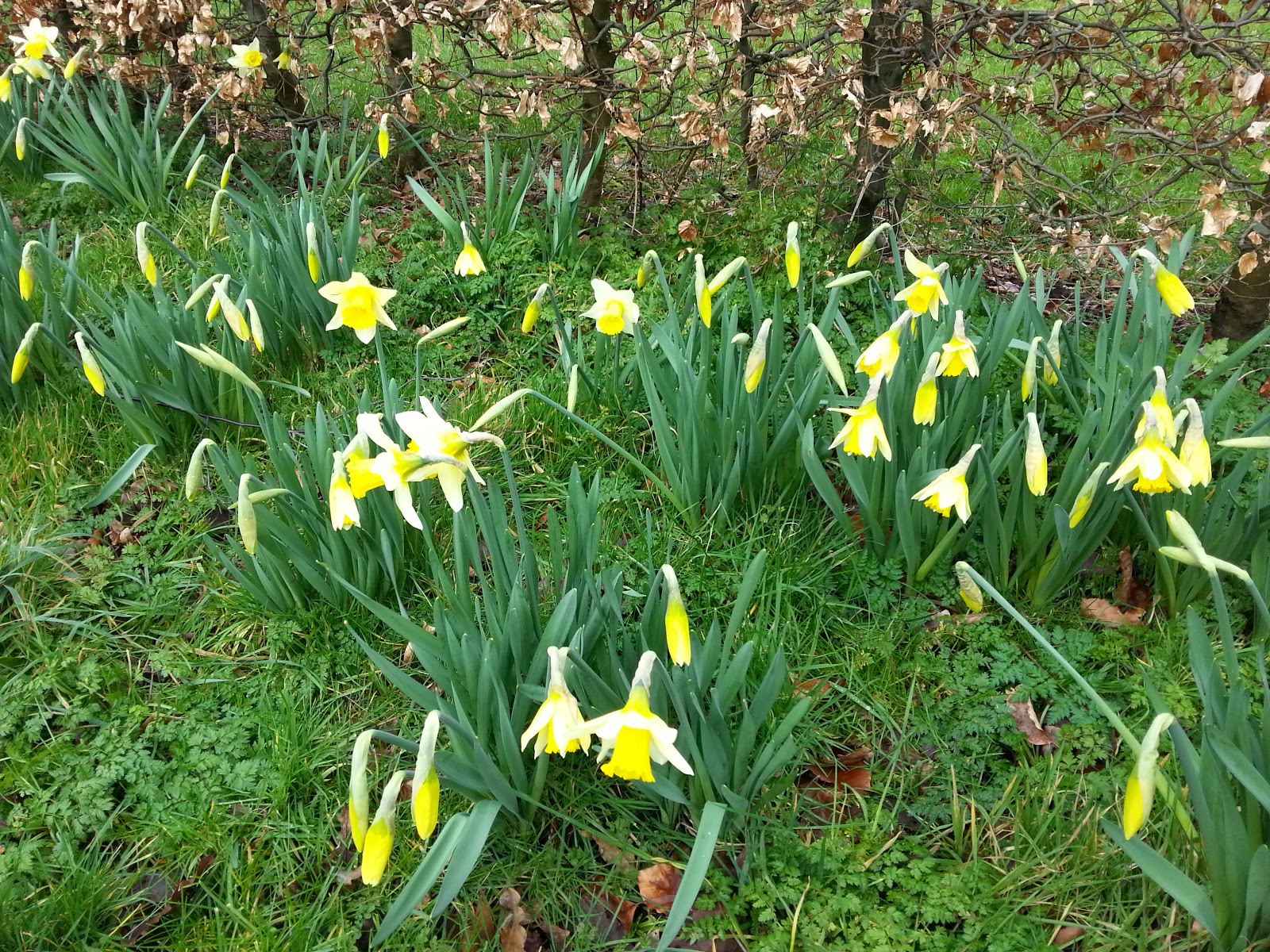 If you want to see them, take the High Beeches Road from Handcross, past High Beeches Gardens and Tea Rooms (open every day except Wednesday, more's the pity, because Wednesday is my day for travelling in this direction). By the water tower there is a turning off to the right to Balcombe, and the daffodils are on that corner. I've not had a chance to see them this year before now, because I've been taking the long way round to Ardingly on the assumption that the back road over the hills and down by the reservoir would be flooded.
A reasonable assumption, considering the fact that the High Beeches Road has several very deep puddles covering over half the road (usually on a blind bend after a long straight stretch, which adds to the adrenalin-filled driving of the year to date) and the reservoir road is bound to be worse.

However, this Wednesday, although I had already decided not to risk the reservoir road yet, I caught sight of the daffodils and detoured to take a picture. These are always the first ones that I see every year. BUT, having gone into the lane, I couldn't turn round, and was committed to carry one to Balcombe. The road was very wet, but better than High Beeches Road. I stopped at the Balcombe Tea Rooms for coffee and a toasted teacake and asked about the reservoir road. No-one had been that way, so I bottled out and took a long and tortuous route, including a deep puddle under the Balcombe Railway Viaduct, several properly sharp and steep corners and some sudden potholes the size of a baby's bath. Another unexpectedly "thrilling" drive.

I was assured by the staff at the Ardingly school that the reservoir road was "fine" and that the flooding problems (which I had experienced last year) were "all sorted now". Yeah. Right. There was a torrential cloudburst for about half an hour in the afternoon, and I should have paid more attention but I was imposing my will upon forty children at the time. 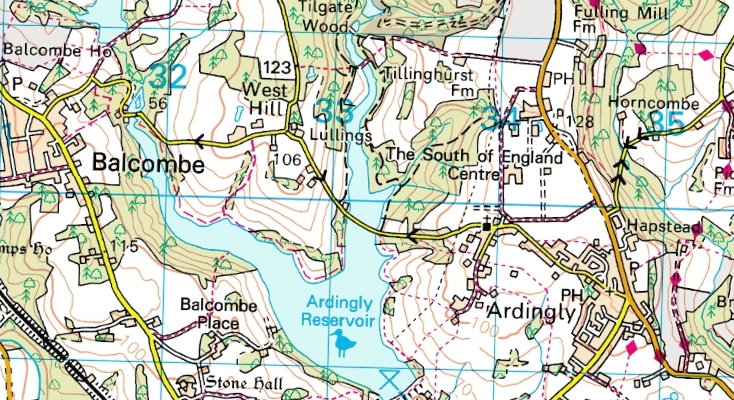 I found myself driving through muddy rushing streams which continually crossed the steep twisty lane, the water pausing here and there to gouge more gravel out of the potholes along the way. From time to time there were little lakes in the valley bottoms, or at random corners halfway up the hills. The road wasn't exactly impassable, after all, I got home without anything too terrifying happening. I've driven through a lot worse and survived. But it was not FINE.

So the daffodils will probably be over before I go that way again.
Posted by KirstenM at 09:55:00