We walked a short distance, past this tree with a gaping hole in its trunk 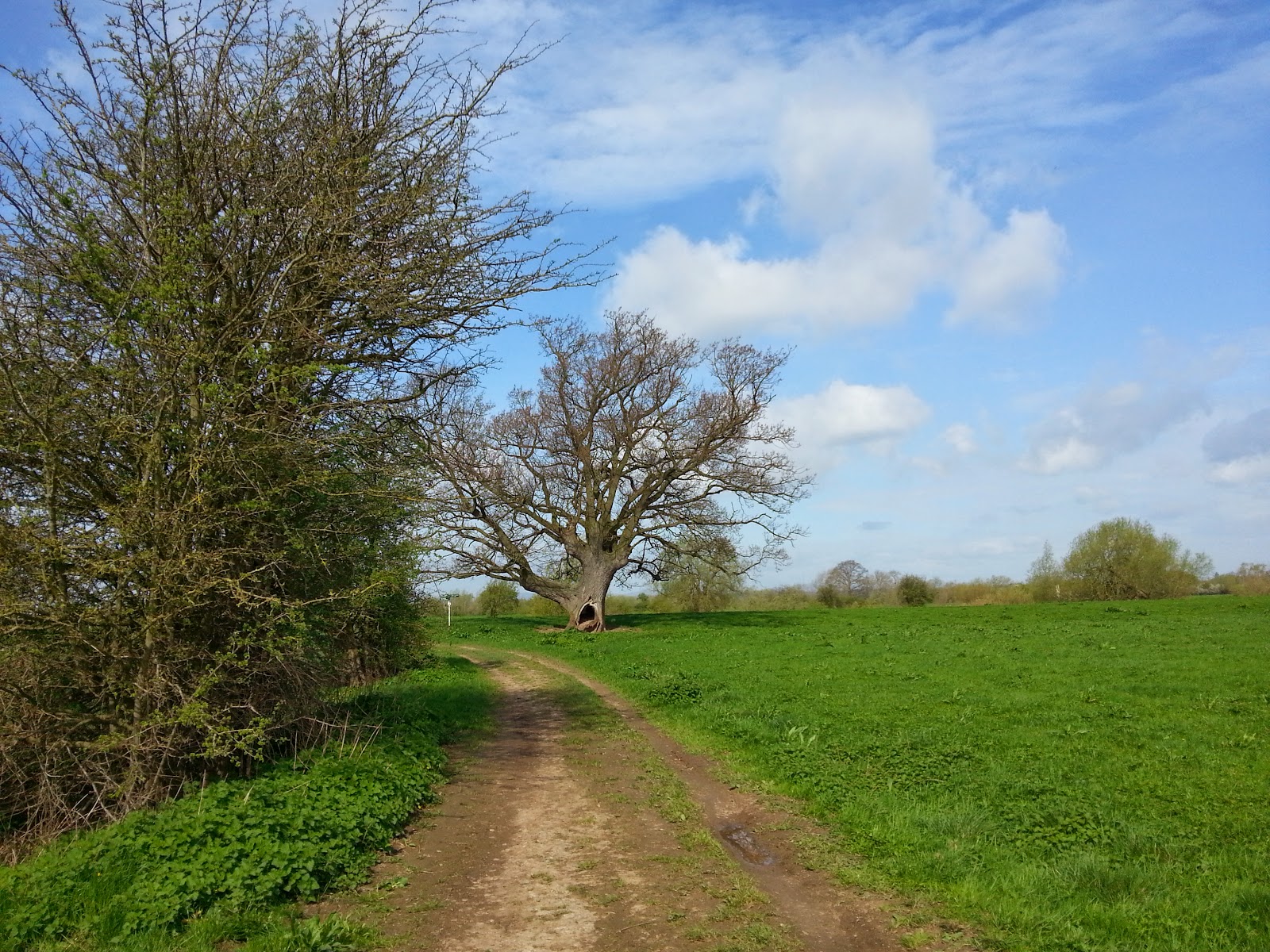 and just the other side was the River Severn, flowing innocuously, but deceptively fast when you took a second look. Fast enough that the ducks on the water were fairly whizzing past, and preferred to fly back upstream rather than swim.. 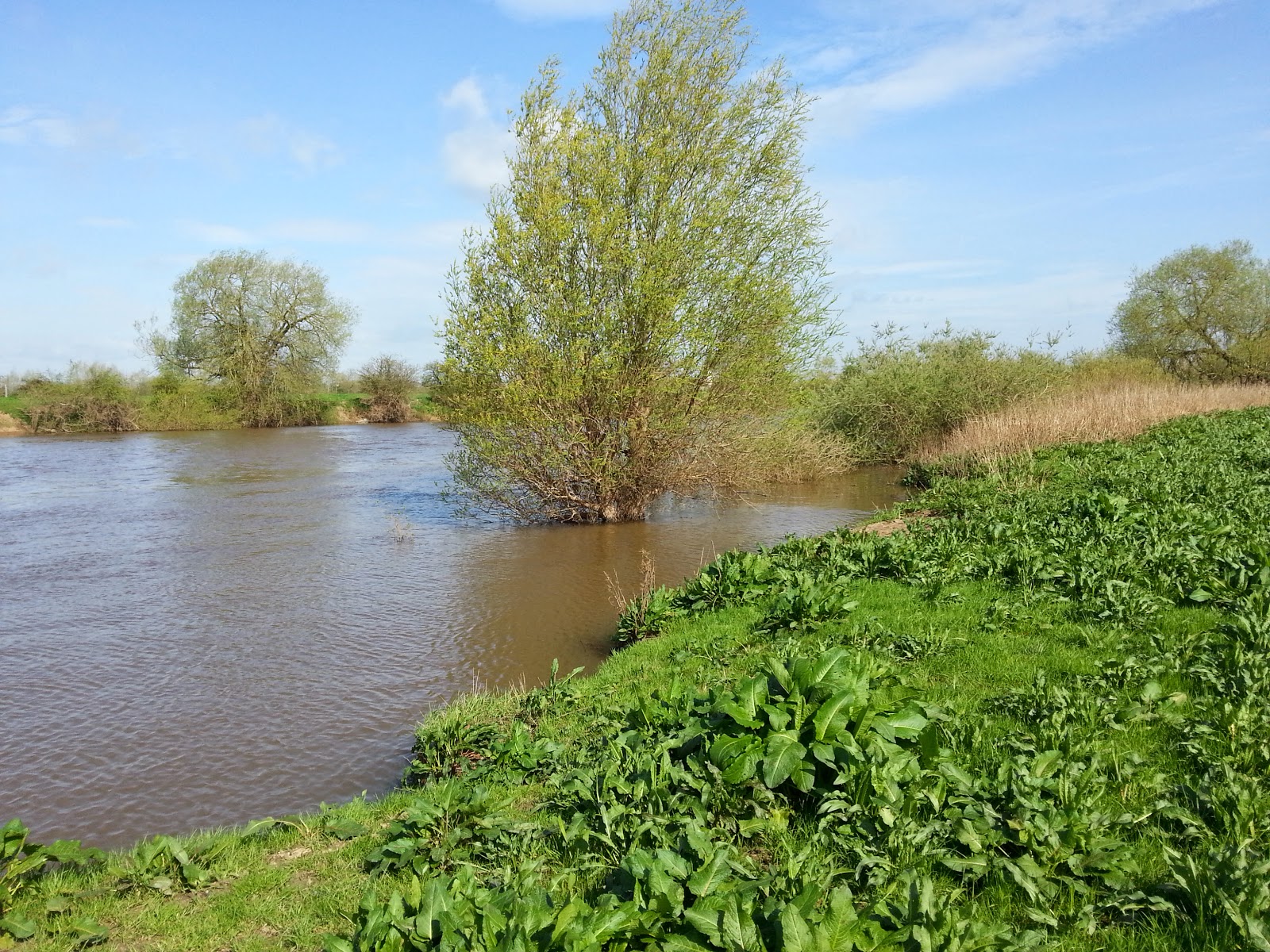 Looking back, we could see the tower of St Mary the Virgin, the parish church, and all that remains of the Saxon Minster. That was our next destination, just a few minute walk. 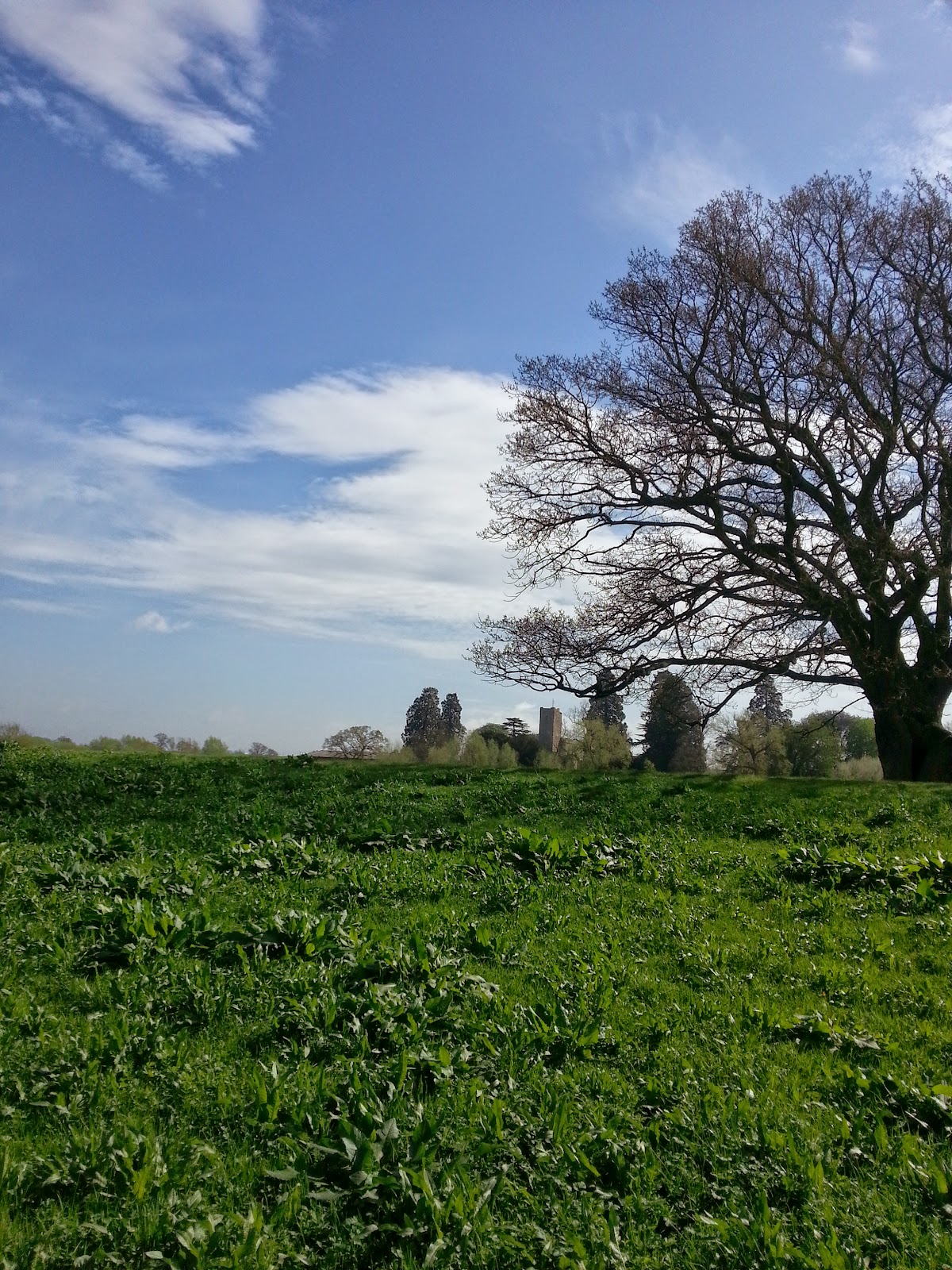 When we got there, past two sets of formidable steel floodgates firmly mounted to solid walls, and the remains of the old defences close by, we saw a sign: 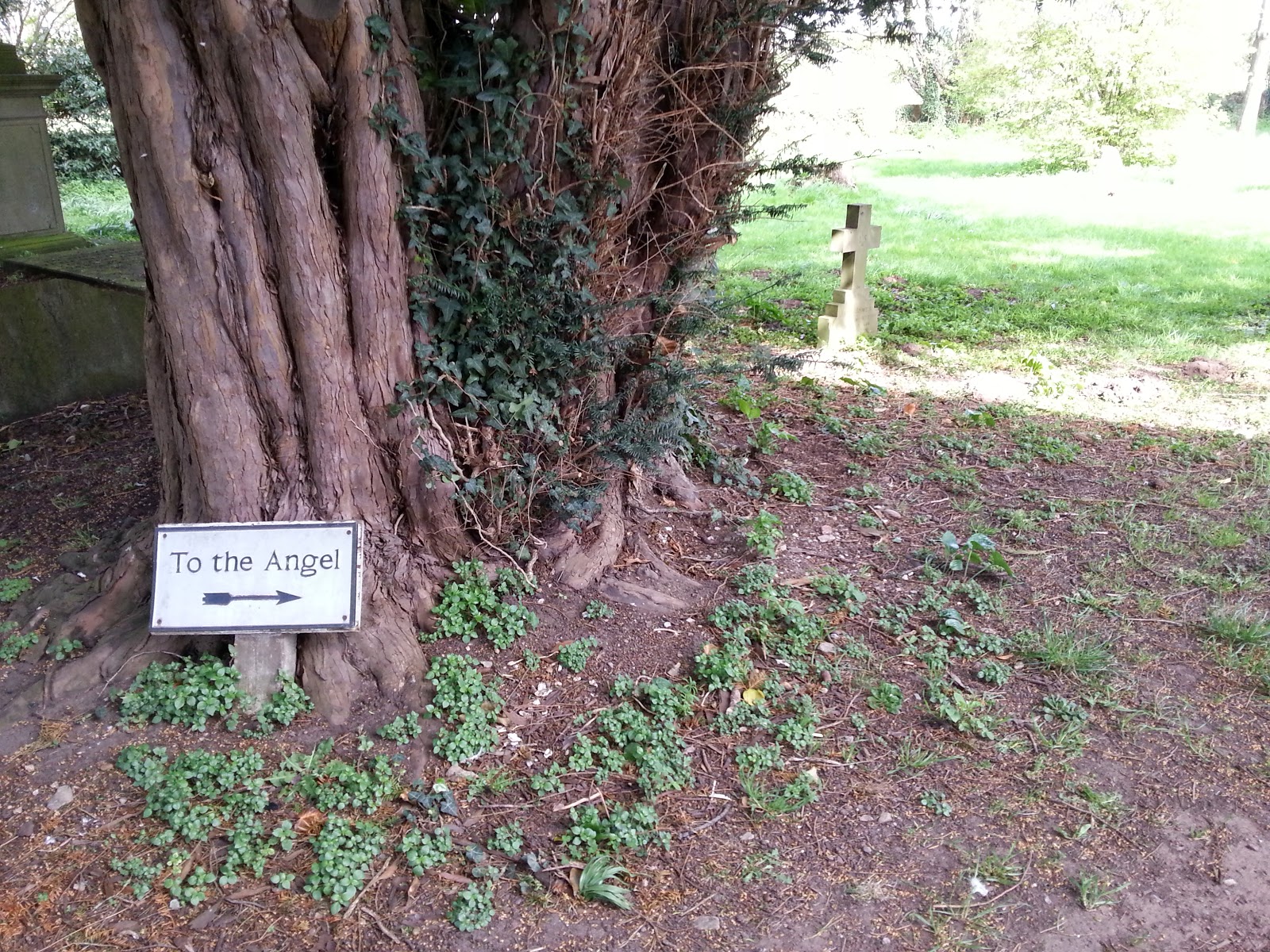 Angels are becoming a sort of ostinato. You can just make it out, up high, on a wall at the east end of the church. The original circular apse was replaced by a later seven-sided building, which was later demolished, leaving just this angel. 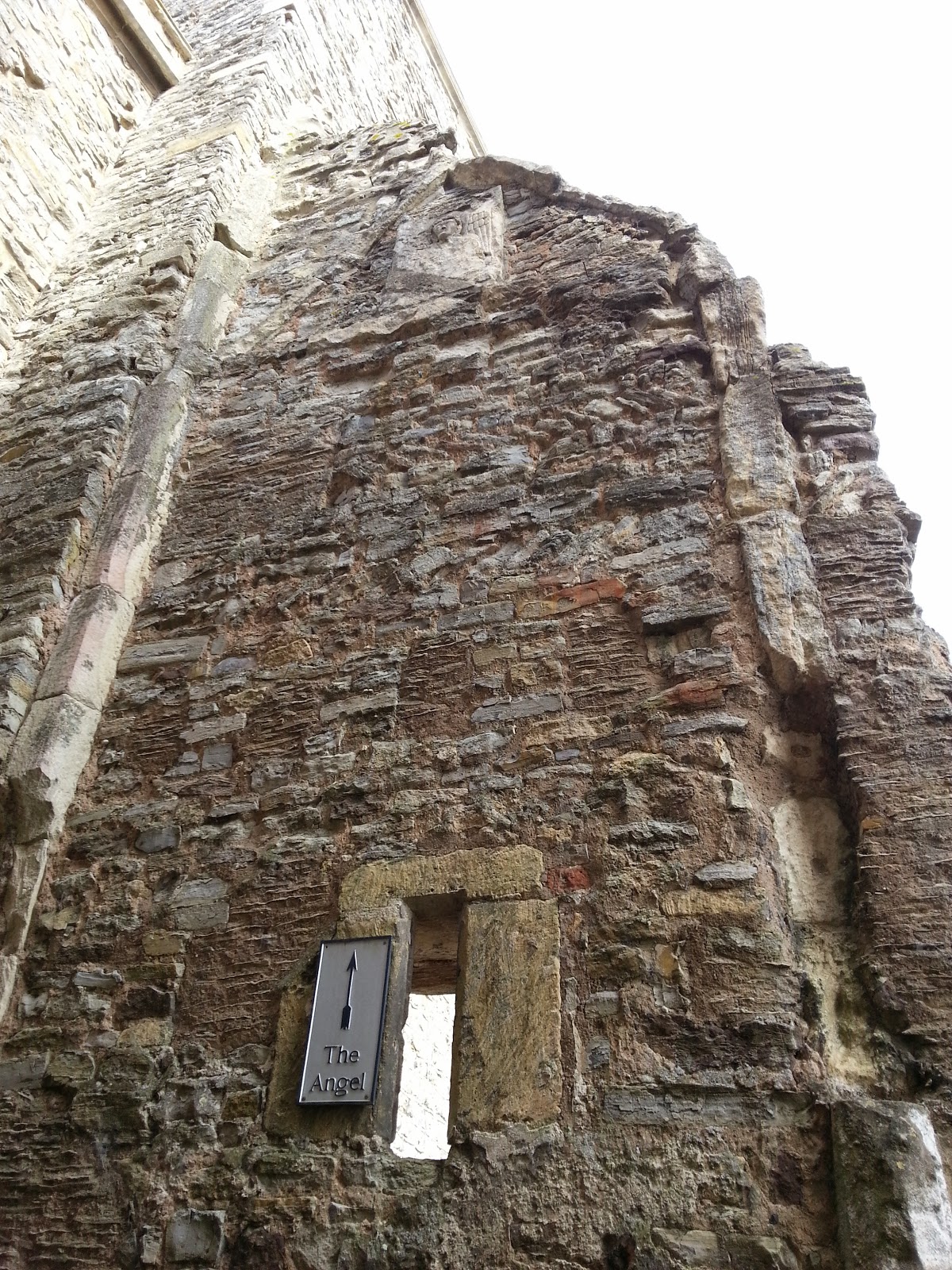 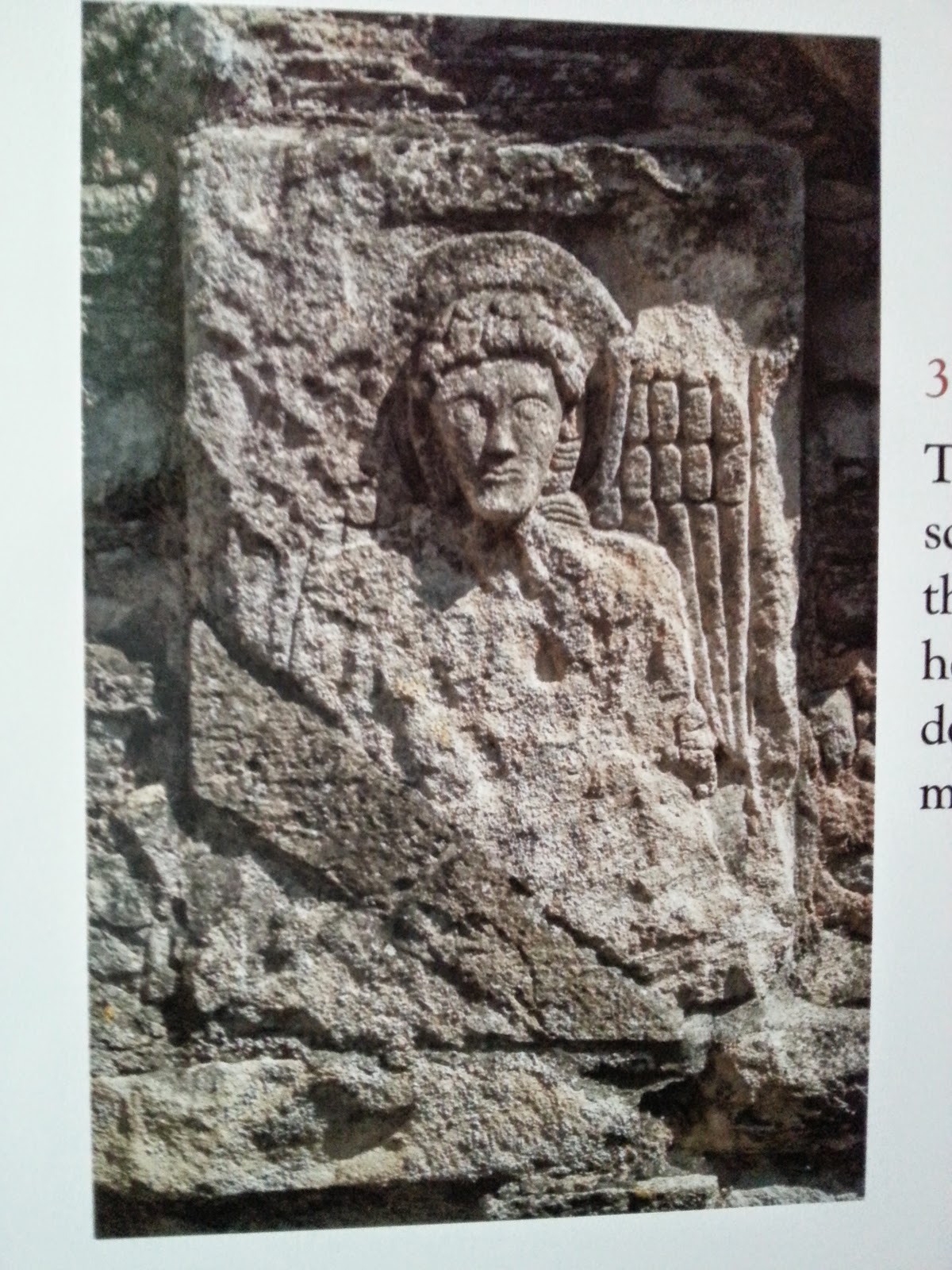 The church interior, what's left, which is plenty, is stunning. Two more pictures from the information board: 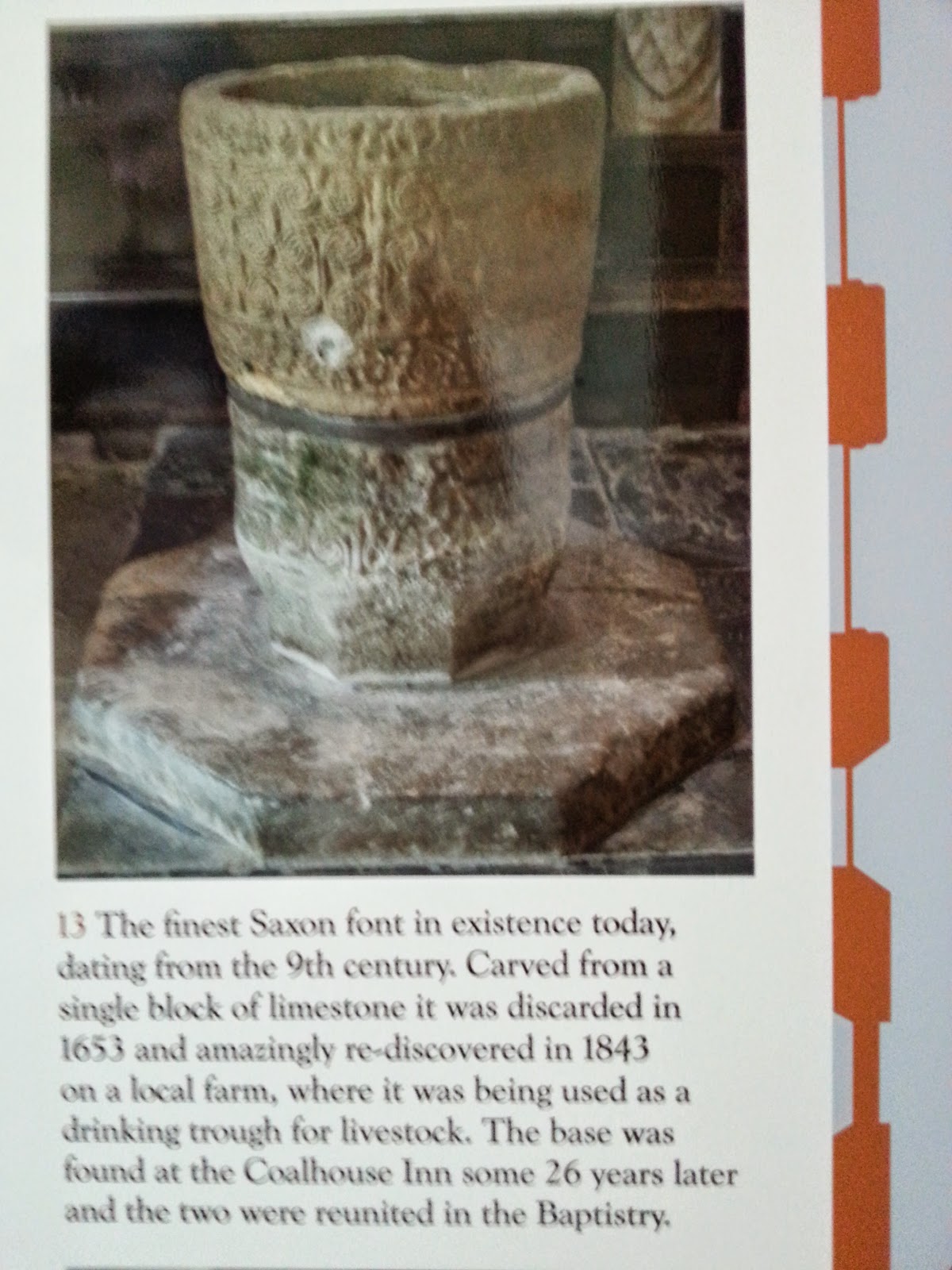 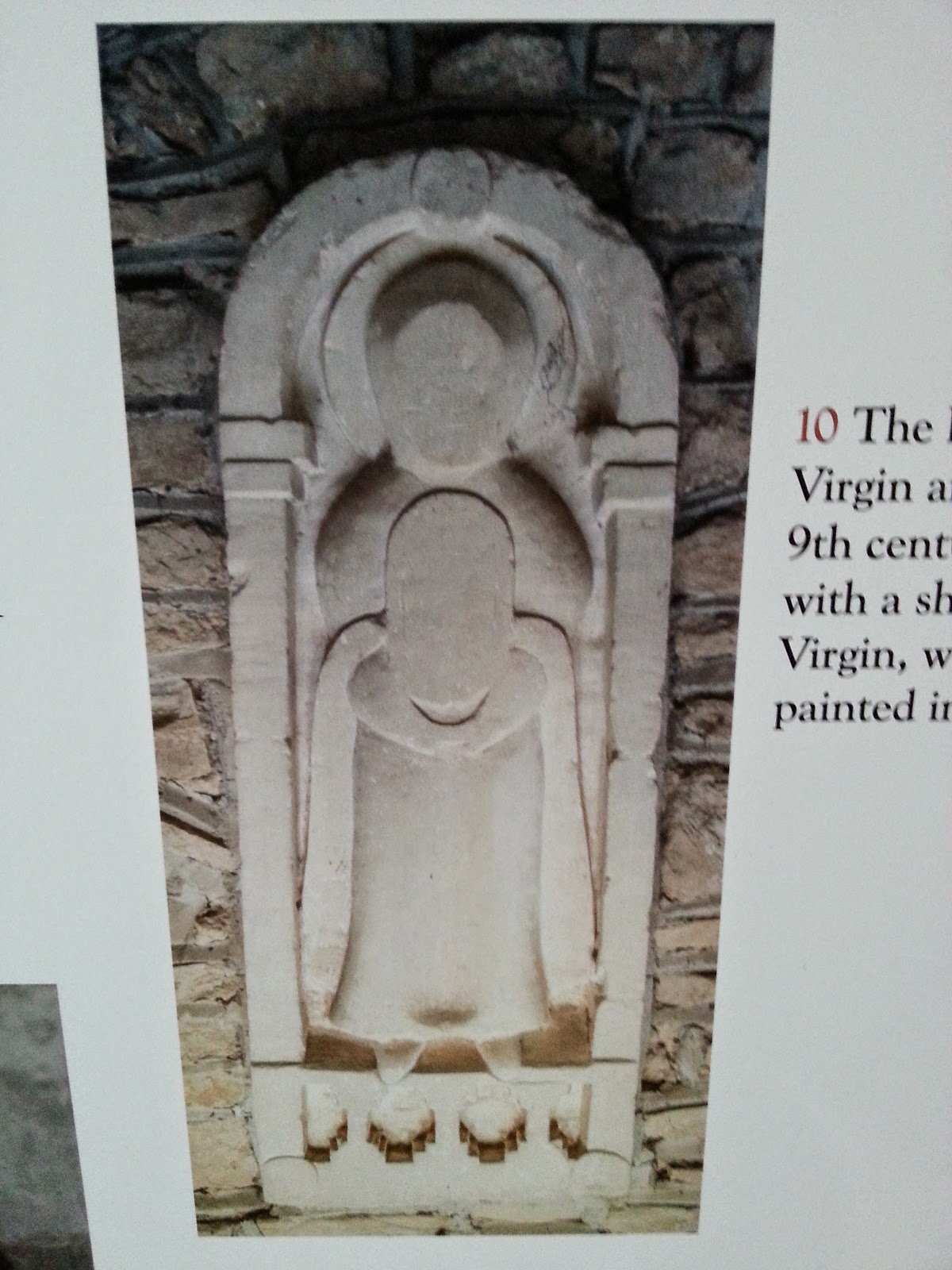 And one of a pair of Saxon carved beasts either side of the entrance door. 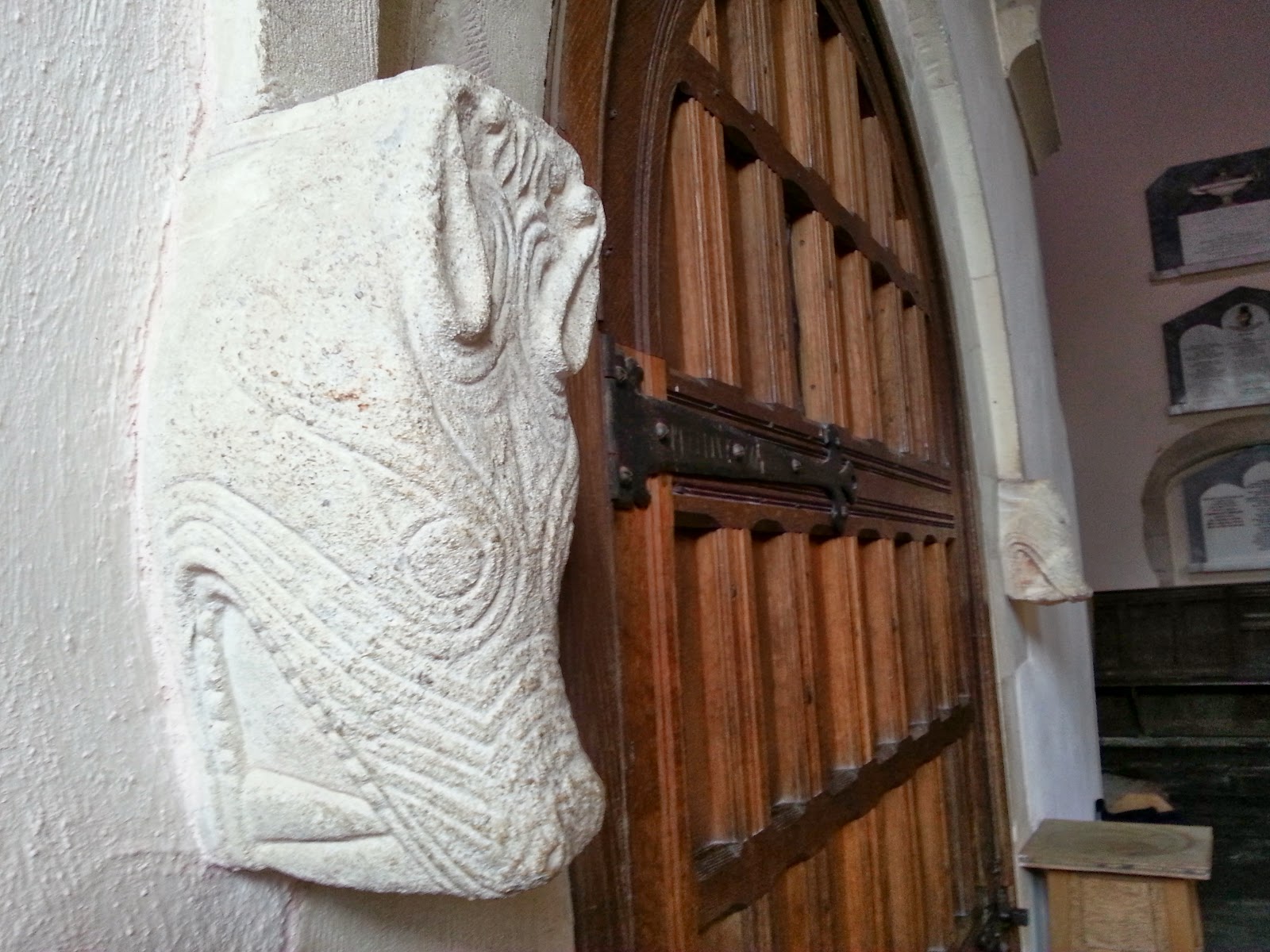 We left in peace, and came back to the Gatehouse for lunch (via shopping for milk and firewood for the log fire).

He went out for a prowl afterwards, while I stayed in, listening to music and getting on with working on the current patchwork quilt - this one - 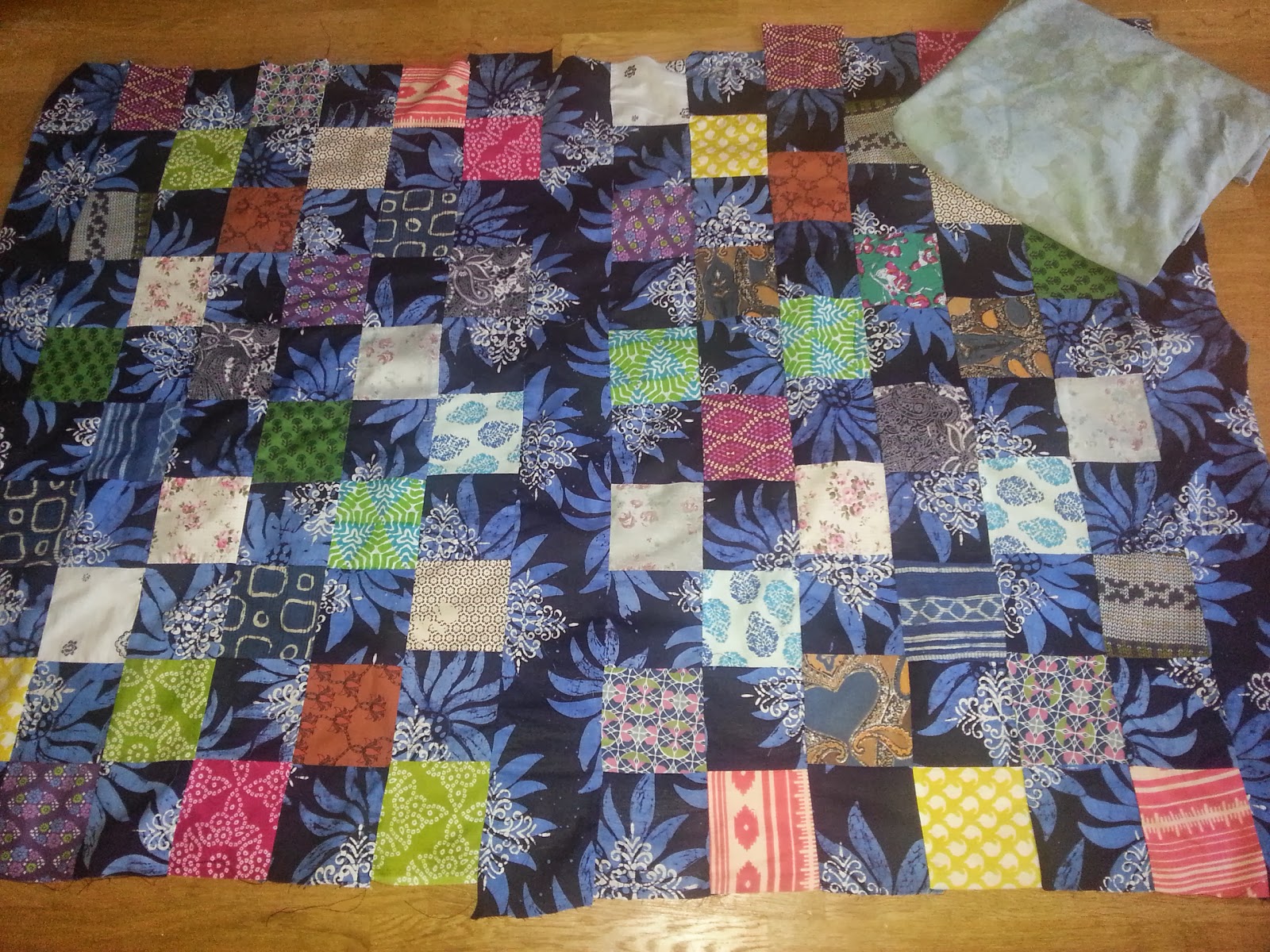 I'm at the stage of quilting around each of the patterned squares to layer up the filling (an old fleece cot blanket which was second hand when I got it) and the backing - the remains of a duvet cover that he already had when I married him. So far, on this holiday, I have done 9 squares. That's not bad, as they take at least 15 minutes each. It's the right task for here because I can tuck myself under the rest of the quilt while I am working on a section - very cosy and warm.﻿