I was going to call this post "Odds and Sods"

This morning after watching the mystical effects of the dawn on the stone carvings around the roof again,

I went back to sleep (bet you weren't expecting that!)

When I did get up an hour later, and we had finished - in every sense - the croissants - (cereal and toast tomorrow) we went to Deerhurst, a minute hamlet  about three miles South along the River Severn from here. It is a lovely walk, but we went by car. Walking three miles there would be fine, but not sure if I have the stamina yet for walking back again. 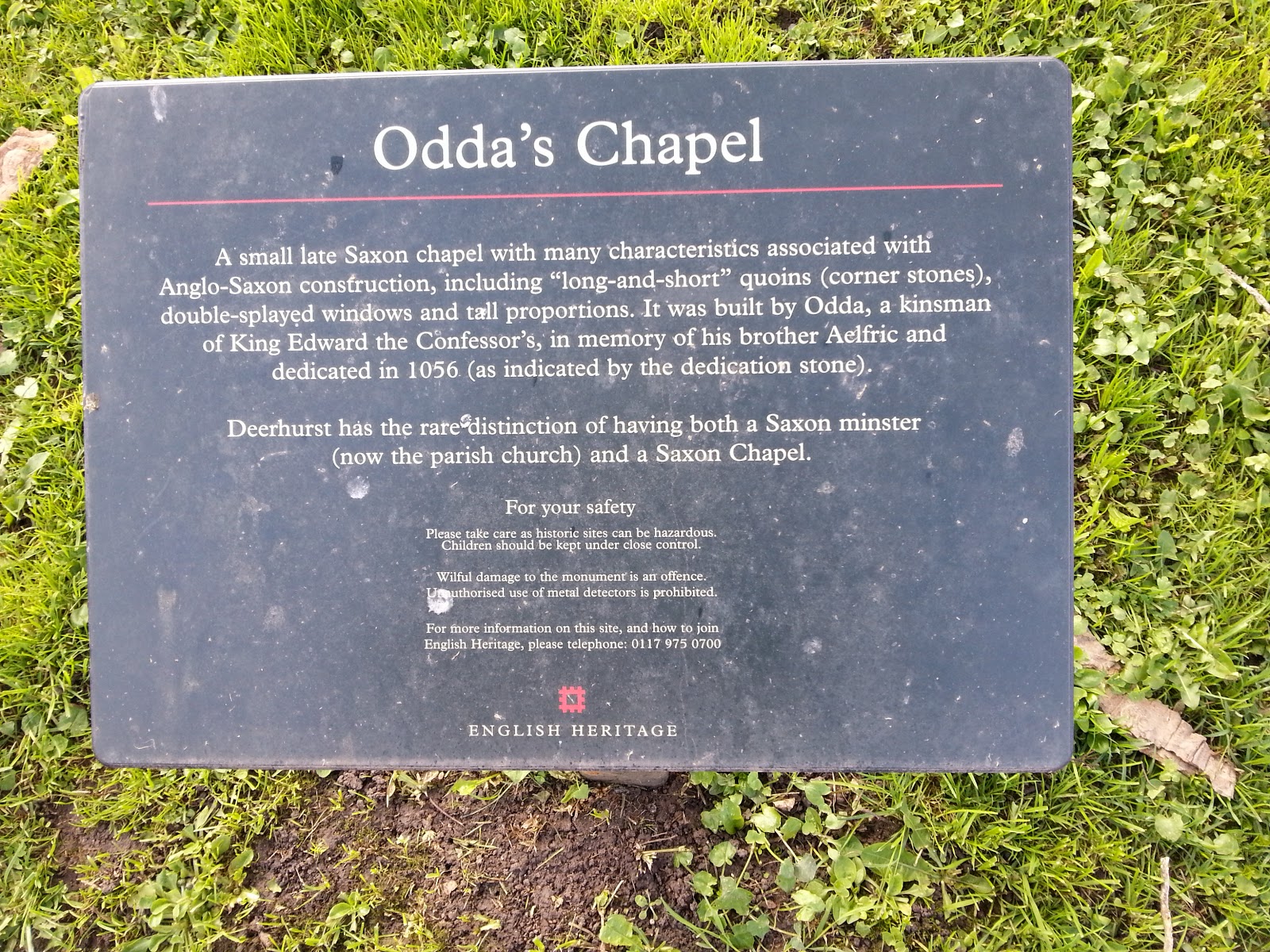 The chapel was discovered in the 19th Century by the vicar, George Butterworth, (father of the composer of the same name, who was killed by a sniper in WW1). The chapel had become incorporated into the farmhouse, which appears to have given back one room, upstairs and downstairs.

Today a builder was there, doing general maintenance, cleaning the windows, checking to make sure everything was as it should be. That's his window cleaning stuff by the door. The section through the arch, where the ladder is, looks as though it used to be part of the farmhouse. We were asked if we wanted to go up for a look around;
"yes please",
"well, don't fall of the ladder or anything, will you",
"we promise not to" 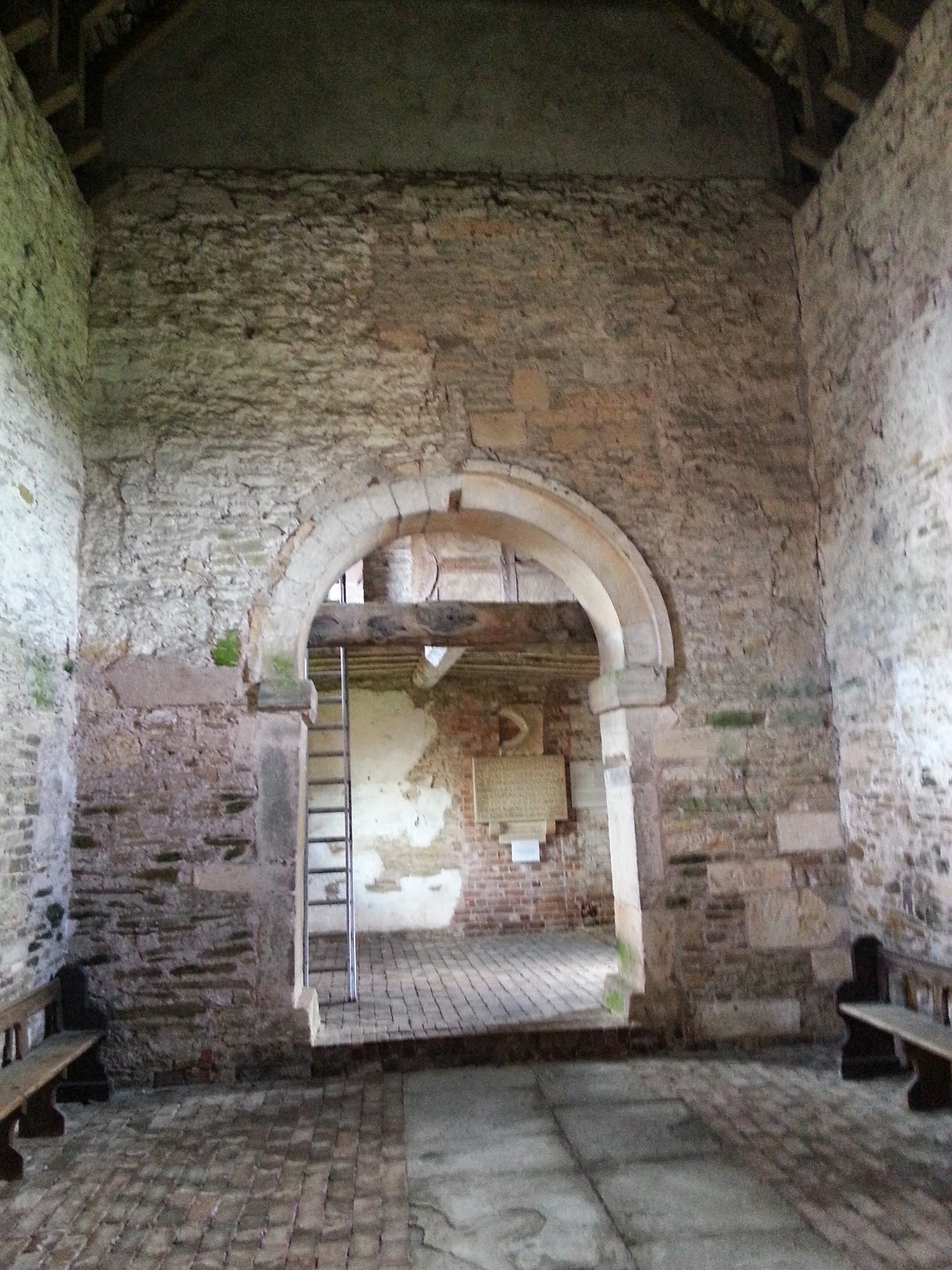 There was a floor, and a fireplace to the left, and a blocked in door to the rest of the farmhouse to the right.

The place was a stark, plain, bare, solid, statement of enduring faith. That's what Admiral Hopwood thought too; 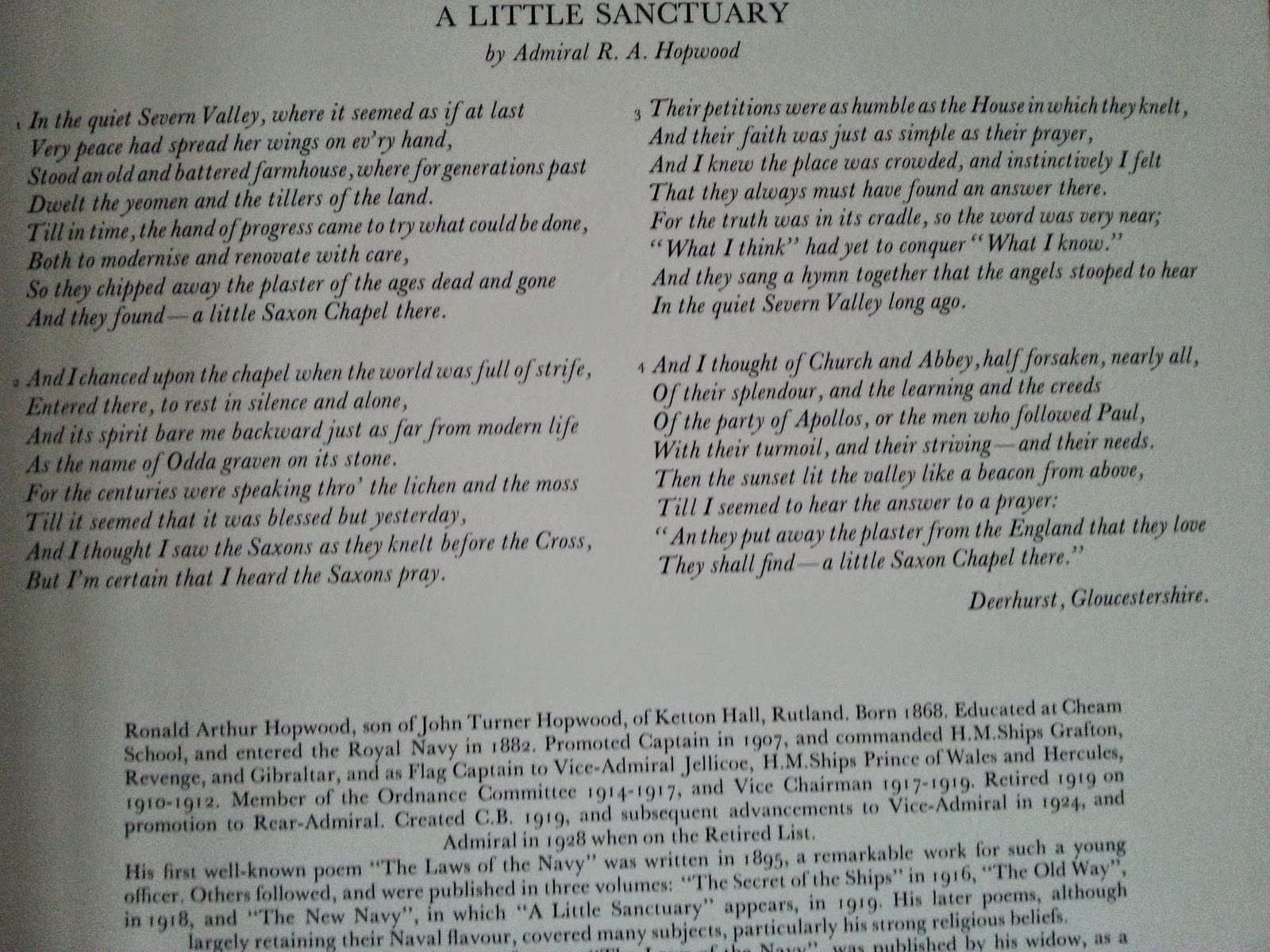