We were in London yesterday.

After we had finished the business of the morning (routine hospital appointment and blood test for the drug trial I am involved in), the day was our own.

We found ourselves looking at tech and mobile phones in the Tottenham Court Road - my sister-in-law's mobile phone appears to have stopped working, and she stopped having a land-line some time ago, so Something has to be Done.

Afterwards, we headed towards the big John Lewis in Oxford Street. We had a little list:

Tea and cake
Buy a suitable, non-schwarmy condolence card
Look at more tech
Try out chairs and sofas, as one day (cue violins; over the rainbow, pigs will fly) we'd like to change our poor overworked IKEA cheapo settee for something that is actually comfortable.

En route, I discovered that we were going to be just a couple of streets away from the famous church of All Souls, Langham Place. My parents were married, and I was christened there. I don't think I have been inside, or even seen the church since, so my memories are all subconscious.

I shouldn't think the exterior has changed at all since it was built, and then repaired after Second World War damage, and then re-ordering in the 1970s;

Of course the street is paved now, and there are no horses and carriages, although plenty of other traffic. The steps were almost entirely occupied by young people sitting in the sun, surrounded by back-packs and swigging from water bottles.

The interior was a lot smaller than I was expecting. 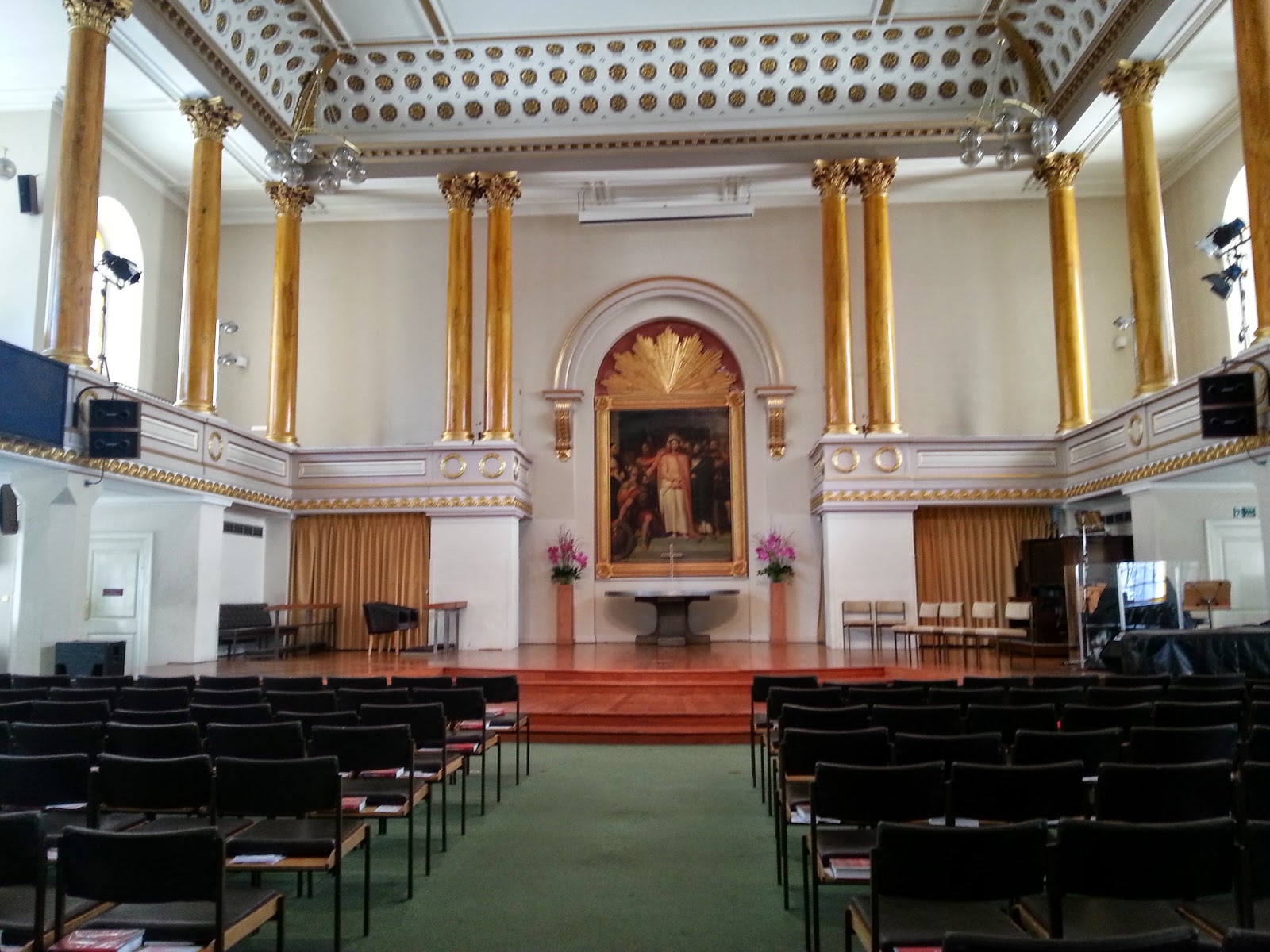 The pews have been replaced by chairs, the floor is carpeted, and there are screens and spotlights mounted in the gallery. A tour was just starting after I took the picture - apparently thousands come every Sunday.

Otherwise, I reckon not much in the way of colour or decoration will have changed since I was last there.

After a quick look-round, we continued along through the throngs of school children from abroad, wearing "preppy" school uniforms, all on their school trips to London. John Lewis wasn't on their itinary, so we were unhindered in our successful pursuit of our own agenda. We've even found furniture that we like, for some rose-tinted day in the future.
Posted by KirstenM at 19:29:00