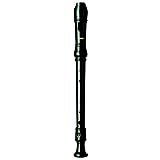 On Friday afternoons I teach the Junior Recorder Ensemble. They are mostly good little players, but we have just started a new piece. It is made more complex by having descant, descant harmony, treble and tenor recorder parts. Eventually the children will reach a consensus on the notes, and Offenbach's Galop and Can-Can will emerge from the shrill shrieking that fills the music room between 12:40 and 1:10.

That is followed by the year 6 samba band. Enough said. It is only lesson three of the term. Plenty of room for improvement yet.

The comes the year 4/5 recorder ensemble. These children have had either 5 terms, or 8 terms, of recorder lessons and some are still fuzzy over reading the first three notes. They were shocked when I told them how many lessons they had received (assuming 10 lessons per term on average, you can do the maths). However most have grasped the basics and so there were some brief moments of tunefulness.

Finally, three groups of year 3 children, now embarking upon their third term of lessons. This lot are all managing to read the first three notes, and we are slowly and noisily, heading towards something that may eventually become Old MacDonald had a Farm.

I stagger home, reeling under the assault of so much sound, to work on a Debussy Arabesque with one piano pupil, and a slow jazz piece with another piano pupil.

That's it for the week.

Don't talk to me. Not yet. My ears have had enough for one day. They need a little time, some sherry, some peace and quiet to recover.