I was going to upload this photograph today, from Warren Street Underground Station in London. 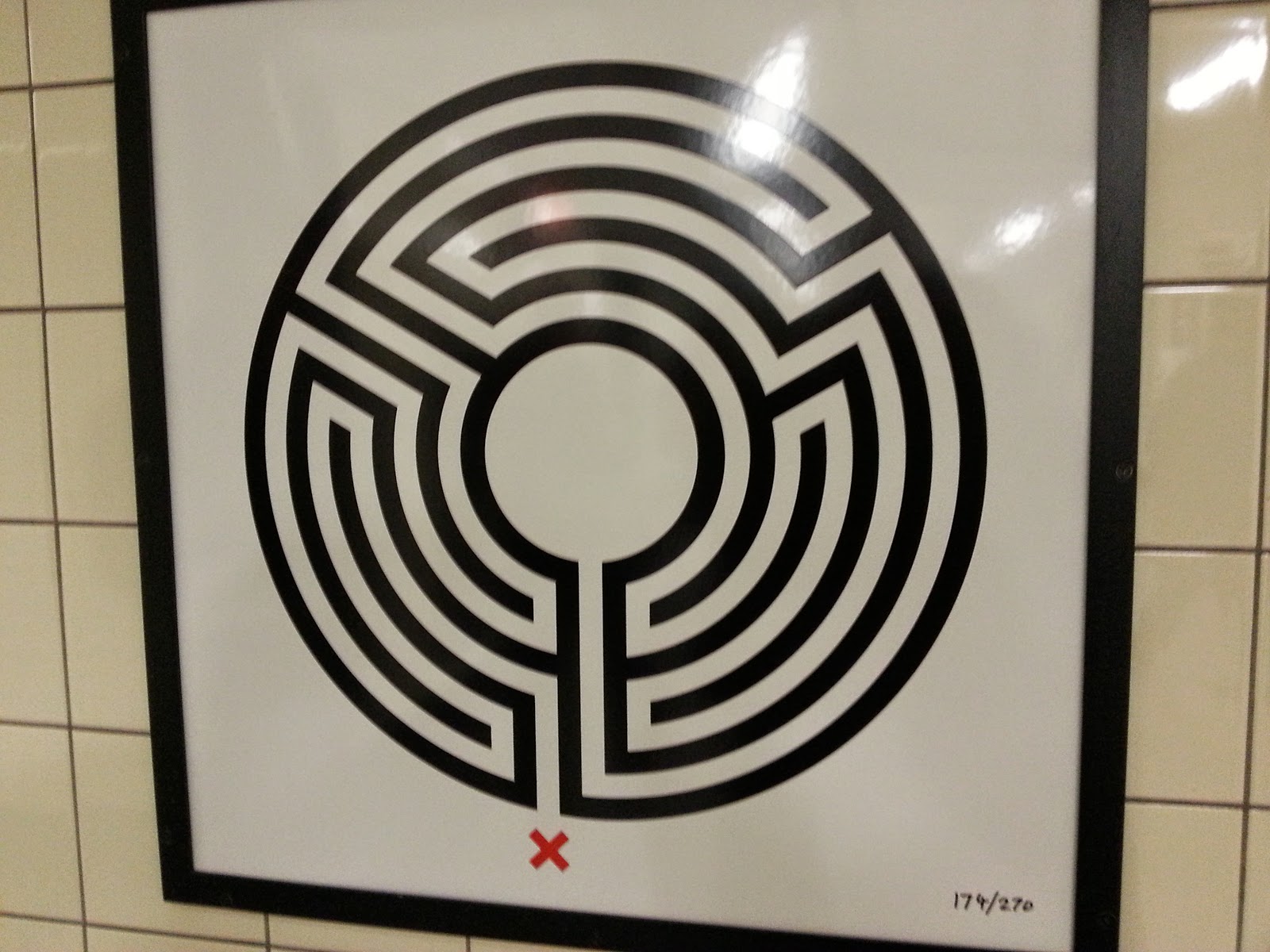 The mazy/labyrinth idea fits with life at the moment, as events twist and uncoil around us. I was on my way up to the Royal Free Hospital - all that way, catching the 6:50 am, that's IN THE MORNING, train, in order to have a blood test. A BLOOD TEST! Yup, that's all they wanted to do, but because it is for the drug trial, and the drug trial has entered its final phase, I can't have it done at the local hospital, but have to get it done in London. At least they reimburse my rail fare (but not lost earnings grr grr).

But then, on the bus on the way back, I saw all these Boris Bikes, dripping gently in the relentless English Spring Weather. 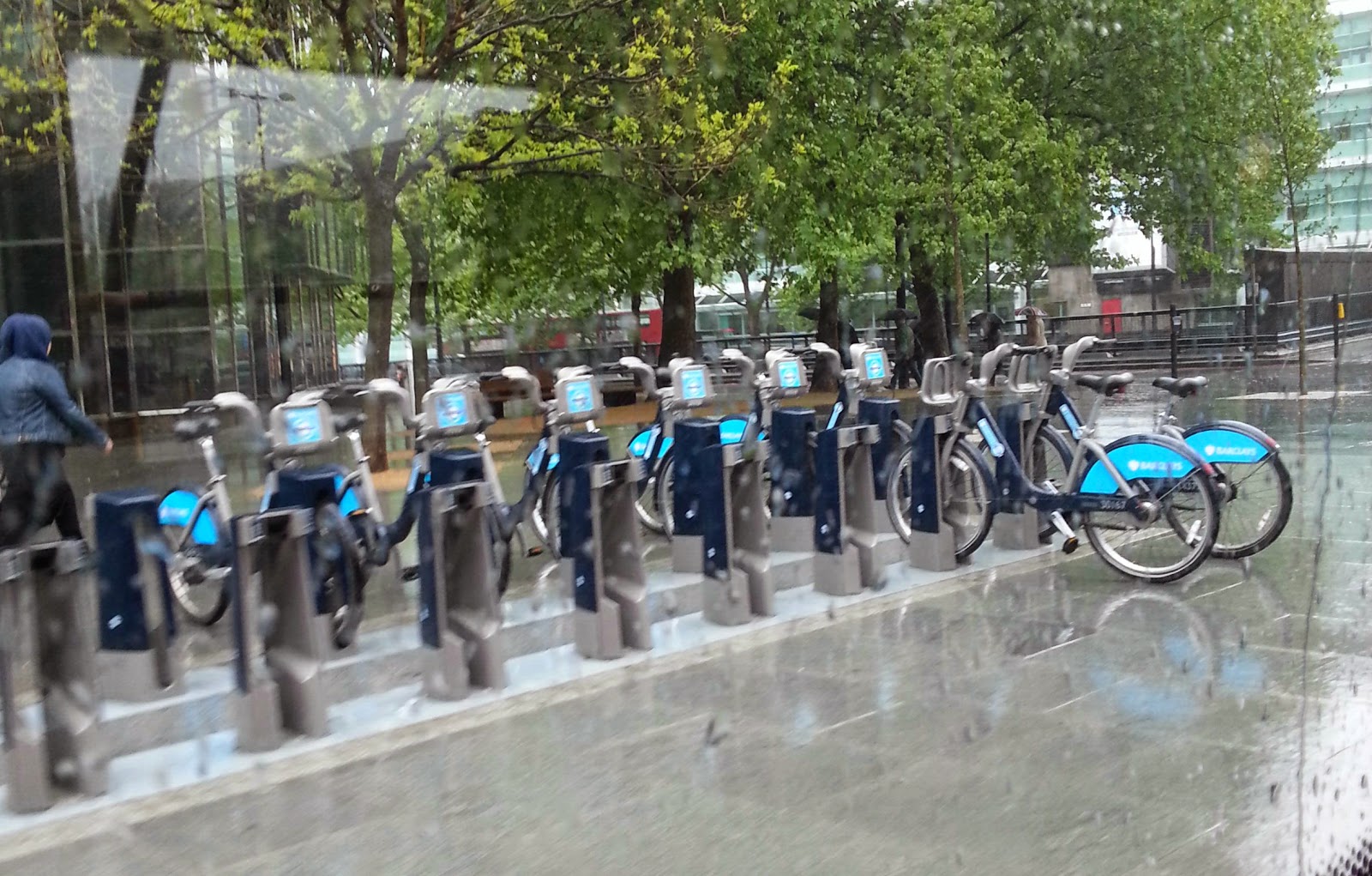 I got off the bus in the Charing Cross Road, for a mooch around Foyles and some lunch there. (Three books and one CD - and the books were all in the 75% sale so wasn't as financially ruinous as it might have been). At the bus stop to catch the bus back to the railway station, I say the picture that HAD to be the one for the day: 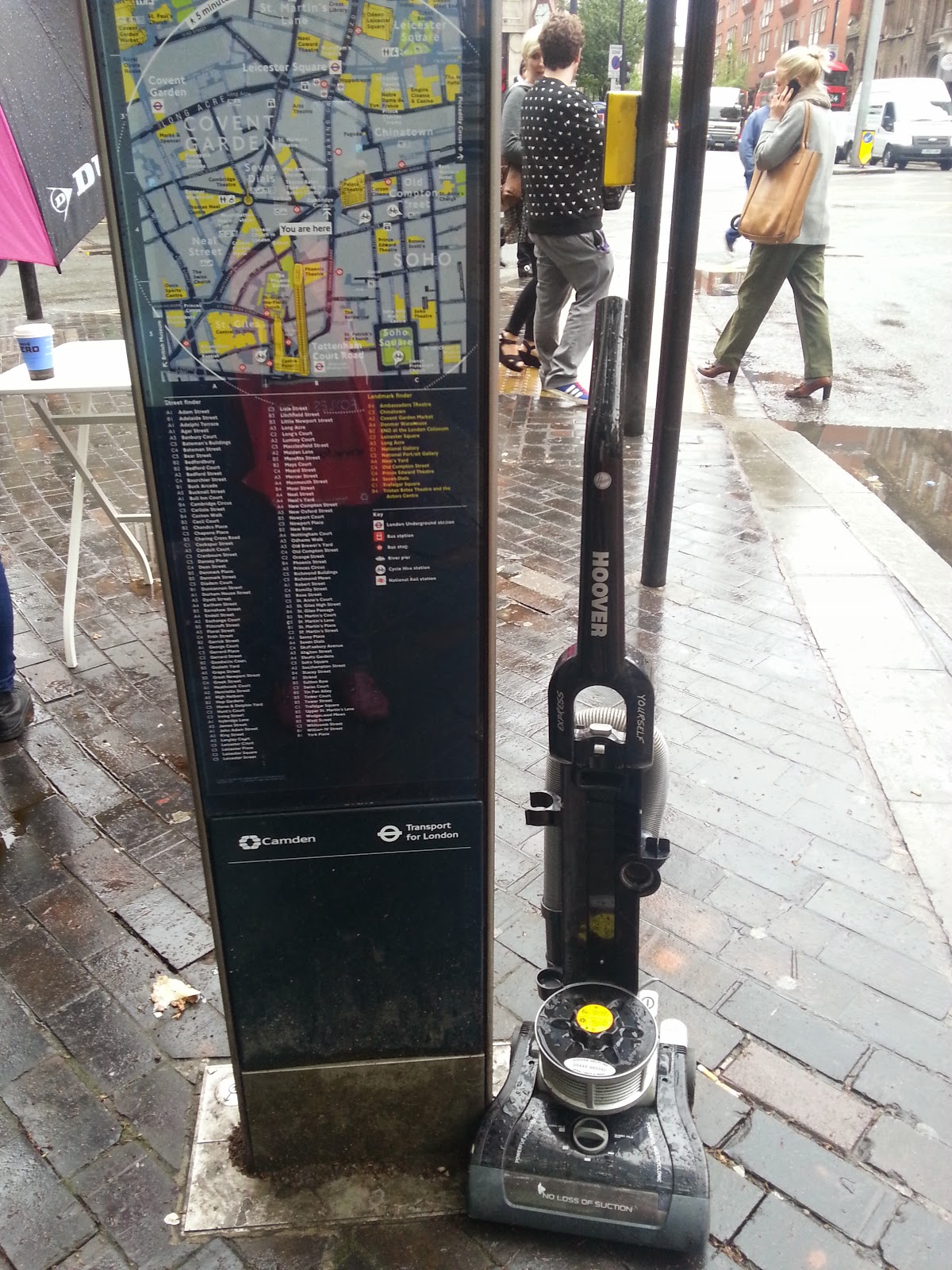 The poor little Hoover, abandoned, left out in the cold and wet.

It did have a telephone helpline number on the front. I seriously considered calling, to see if anyone would come and help it, but thought that it would only cause confusion at some call centre in Islamabad or Newcastle.


So I'm afraid I left it there, in the rain, all by itself.