Sunday 18th January - It ain't time to worry yet

I've been rather flattened by another chest infection this past week. I've been keeping a close watch on how I've been getting on, and on Thursday I decided that it was time to clock off for a couple of days. Unfortunately I have no way of cancelling my first class on Thursday mornings, as it is a music club that runs before the school day starts at a local infant school. So I weebled round to the school (it's only a couple of streets away) and did the club, and then weebled home and settled down for a day of sloth on the settee. 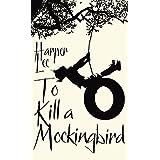 The advantage of this enforced inactivity is that I have been able to continue listening to Sissy Spacek reading 'To Kill A Mockingbird', in her lovely, lovely American accent. She's been keeping me company when I've been lying awake at nights propped up on three pillows. I was feeling slightly guilty when I treated myself to the CD set a couple of months ago, but I'm so glad that I did.
(I hadn't realized that it only became available as an ebook and audiobook in July 2014

My word, what a book. what writing. I love the sound of

'Dr Reynold's step was young and brisk. Mr Heck Tate's was not. His heavy boots punished the porch and he opened the door awkwardly....'

The phrase 'It ain't time to worry yet' is repeated eight times through the book, read in a gentle, soothing drawl. Here are a few of them; you need to say them in your head in that slow, sing-song, almost sleepy Southern sound;

'Don't worry, Scout, it ain't time to worry yet,' said Jem. He pointed. 'Looka yonder....' Atticus was standing with his hands in his pockets.

'Don't you worry about anything,' he said. 'It's not time to worry.'

(That's the advantage of reading it on a Kindle; you can choose 'search this book' from the menu to find a particular phrase.)

I've enjoyed hearing the book read to me so much, that I've downloaded it onto my Kindle to read it again for myself. The words are somehow multidimensional. This could be because I have a memory of the film (must try and watch it again somehow) and now the sound of Sissy Spacek's voice. But I think it is mainly because of the strength of Harper Lee's powerful writing, and the way the story builds.

And so shall I be, soon. Well, that is. Another couple of days of 'containing myself in patience' and I'll be beating out 'Samba, samba, we love to samba' on my drum again.