Anyone looking at the page "116 things to throw away" would think that we haven't thrown anything away since January.

That's so untrue. Except it's sort of true. It depends. Lots of stuff is on its way out, just not made it through the door yet.

The large IKEA bag I filled in January

is still at the top of the stairs, over-flowing now with even more clothes and things. It will have to be repacked into three large IKEA bags now.

And another half-dozen or more bags have been added; some ours, some as a result of my parents working through their wardrobes before moving house.

However, when the garage went in January (or was it February?), EVERYTHING inside went as well! It was crammed full of this, that and the other. A few things were saved, some were "rescued" by the workmen ("If you don't want this child's bike/broken clock/set of spanners/bit of wood, could I have it?") and some went on the back of their truck, never to trouble our lives again.

So, over the past few months quite a lot has gone. Biscuit tins that were a "decorative" feature above the sitting-room curtains for 30 years. GONE! Glass jars. GONE! 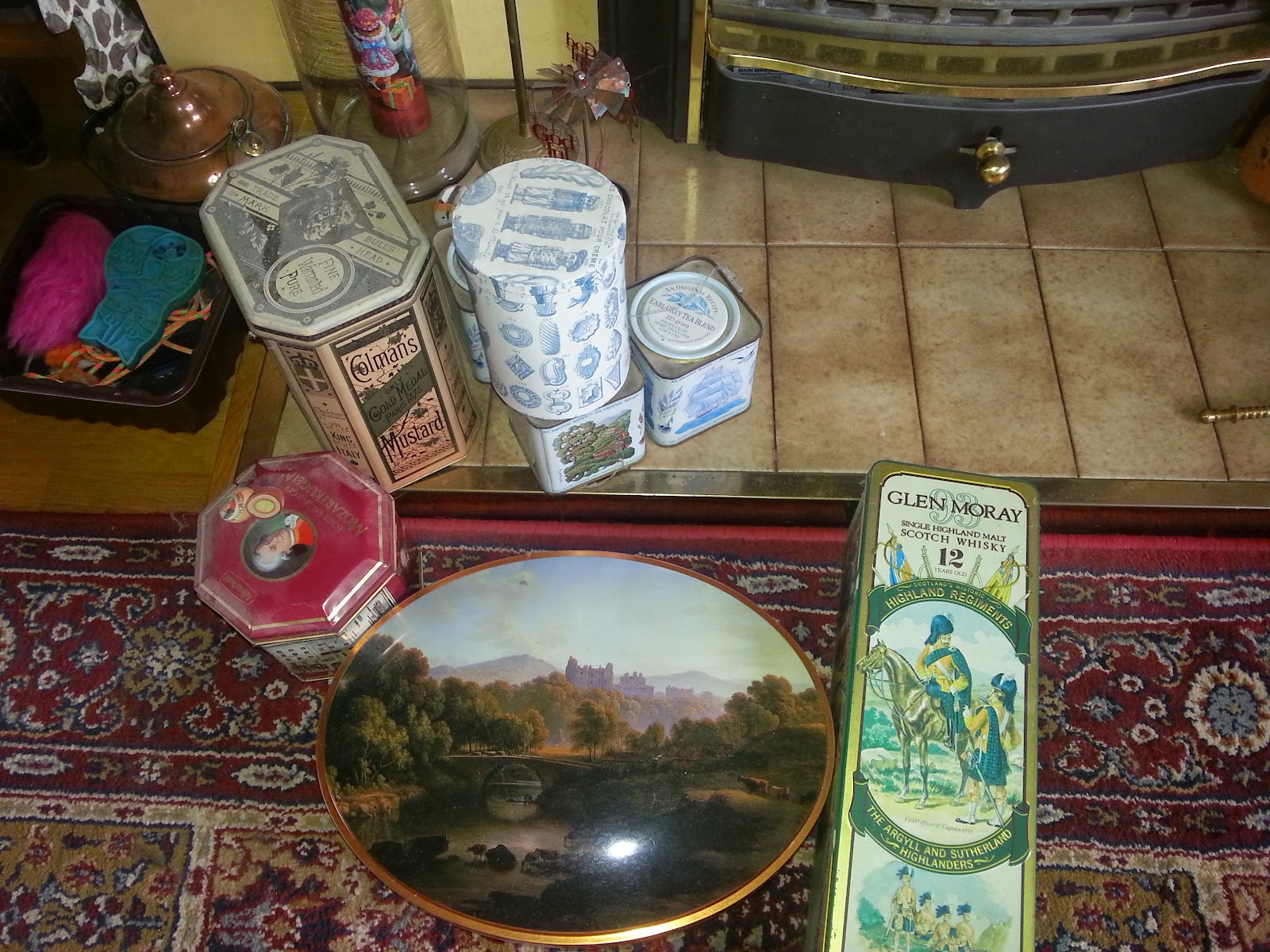 Less clutter makes for more happiness. Trust me on this!

Oh, and here's a different sort of de-cluttering: this red bucket of earth and bulbs was lurking in my father's garage back in December, as far as I can judge. "Here, you have it".

I eventually found time to shove them into a vacant trough. What a joy! 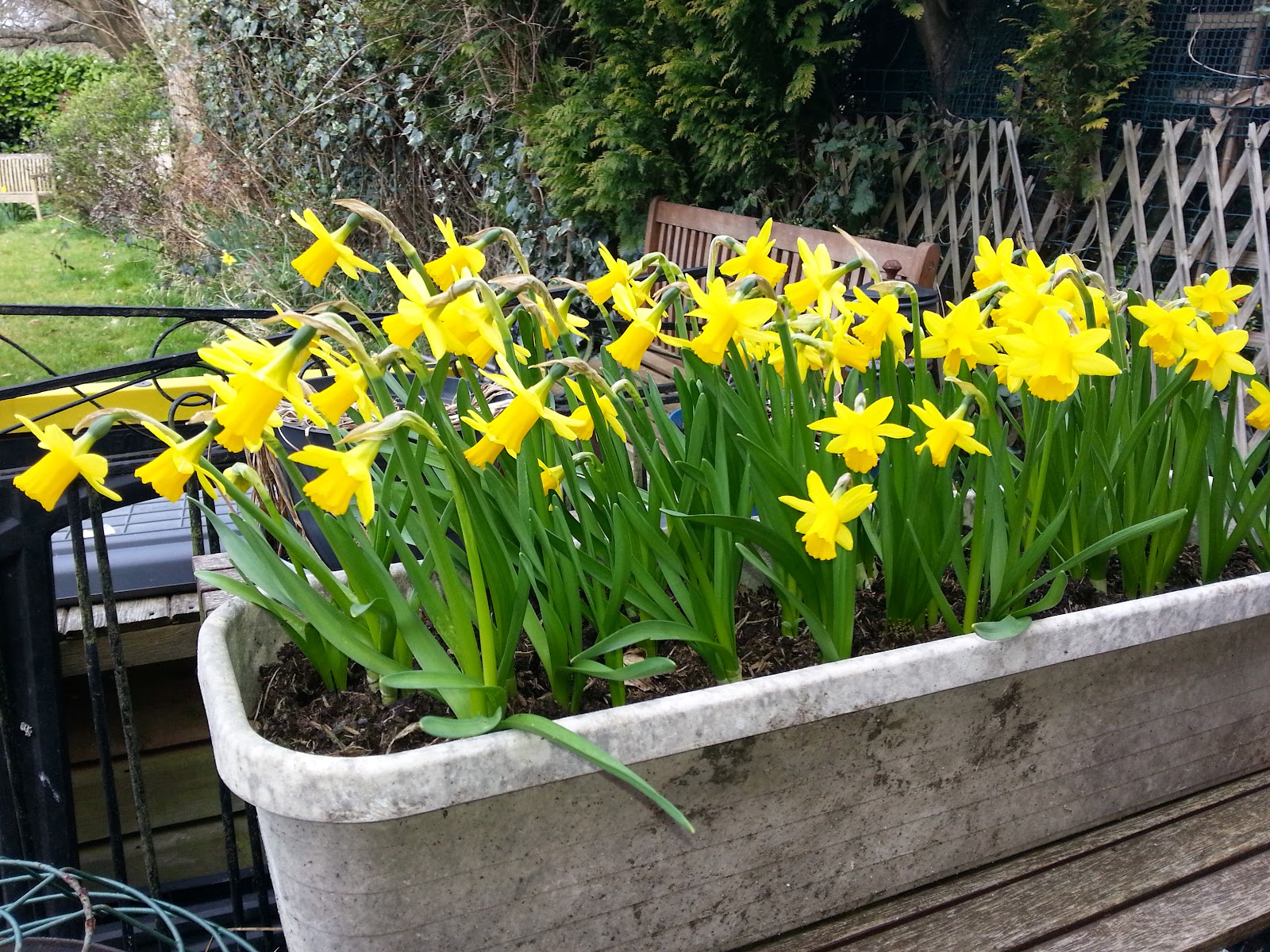 Email ThisBlogThis!Share to TwitterShare to FacebookShare to Pinterest
Labels: 116 things to throw away, flowers, tidying