I'm a bit concerned about the lollies, can't see them anywhere. Maybe I've eaten them already?

Here are some of the Easter Gardens I've seen this year;


The season of Eastertide lasts for fifty days. Longer than you'd think. I guess most people are finished with Easter after the Bank Holiday Monday.

Some years I make my own Easter Garden, some years we make them at church. I took the two Northamptonshire pictures on Friday 17th April, nearly two weeks after Easter Sunday. I'm so glad that they are still there, looking as fresh as when they were first created.


The last photograph isn't a garden, of course, but I have enjoyed the symbolism of the Christmas cactus unexpectedly producing a single blood-red flower in time for Easter.

It's a bit like the Christmas Season which lasts at least until Epiphany, and really until Candlemas on 2nd February. But I suppose if you put your Christmas Tree up and decorated the house on 1st December (which is in Advent and a season of reflection and fasting rather than festivity) you would be more than happy to rip the whole lot down and take it to the tip on Boxing Day (which is still a time of feasting and rejoicing!)
My merry little Nativity characters are still in place, where I put them ready for Christmas 2013. They seem to be having such a merry time that I still can't bring myself to shove them in their box. Anyway, it's only another eight months until Christmas 2015. 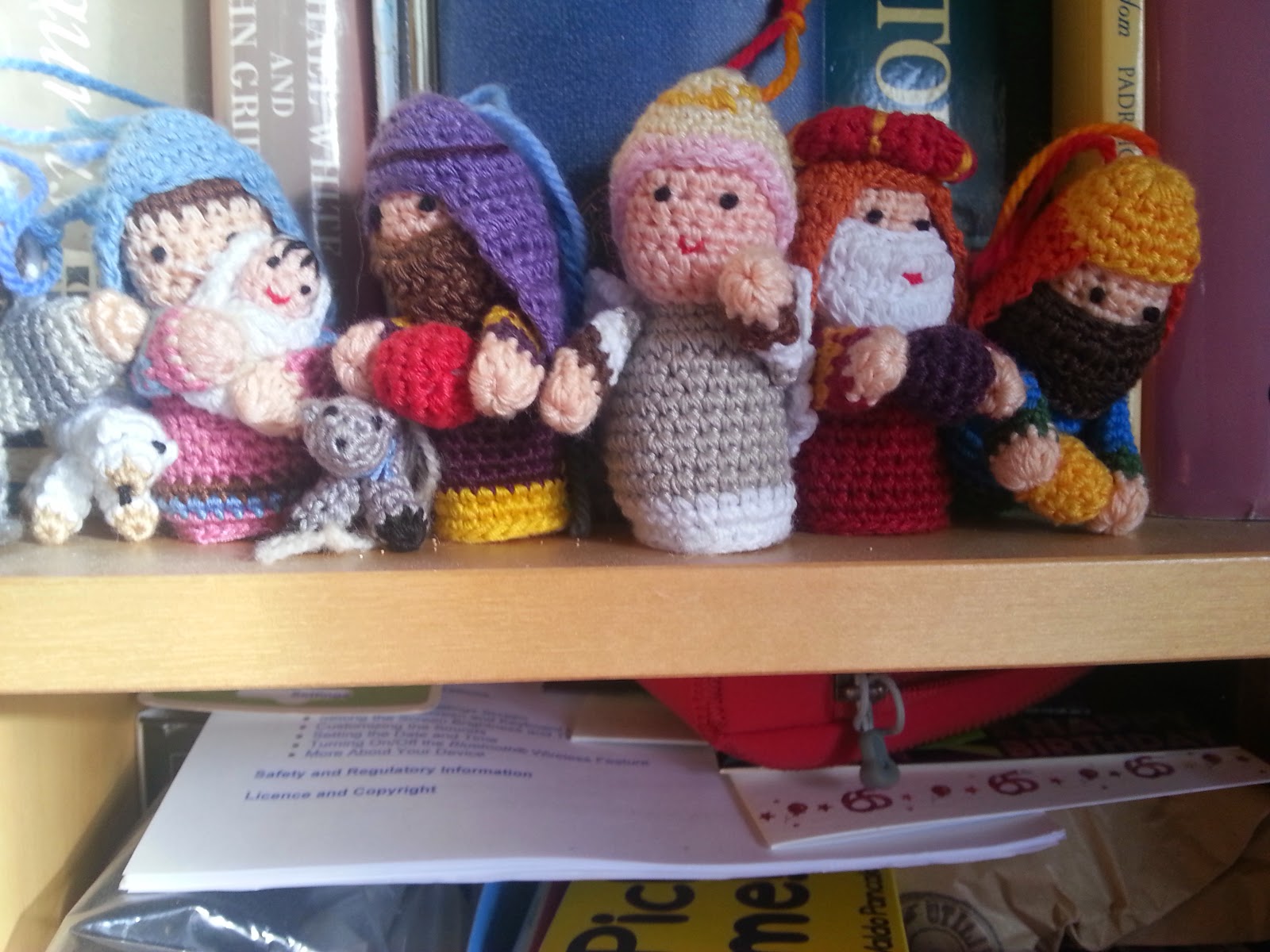