Saturday 30th May - All about Gardens part 1 - Lowder Mill

We nearly didn't make it to Lowder Mill today. Deciding to take the back roads might have been a clever plan if we had turned back immediately we realized that we should have taken that sudden left-hand turn signposted "Hazelmere" just after we left Plaistow. But we didn't, and after a while the signposts kept suggesting Cranleigh and Dunsfold as suitable destinations. The roads were appalling, narrow, twisty, pot-holey, and, worst of all, the left hand verges had subsided to the point where we grounded twice.

Eventually we stopped at a junction, consulted Google maps, and discovered that we were in the tiny hamlet of Shillinglee. I fully expected Miss Marple to appear at any moment. Confident at last of our location, we took the left. And arrived at Plaistow. Again.

At this point our options were to go home, or try again. I'm glad we chose the latter course.

Eventually, in spite of having omitted to bring the detailed large scale map of the actual location of the garden, and indeed not even being sure of the name of the garden, we spotted the bright yellow NGS sign and bowled along yet another little lane to our destination just before lunch. Still on speaking terms, I might add.

Here's the link to all about the place. The sun came out, the cold wind dropped, the tea was served in proper china tea cups and saucers (mine was Royal Albert "Country Roses"...) and the cakes on similar plates. Nice.

We walked around the mill-pond; in spite of the visitors rambling about, it was still a beautiful, quiet, peaceful place to be. 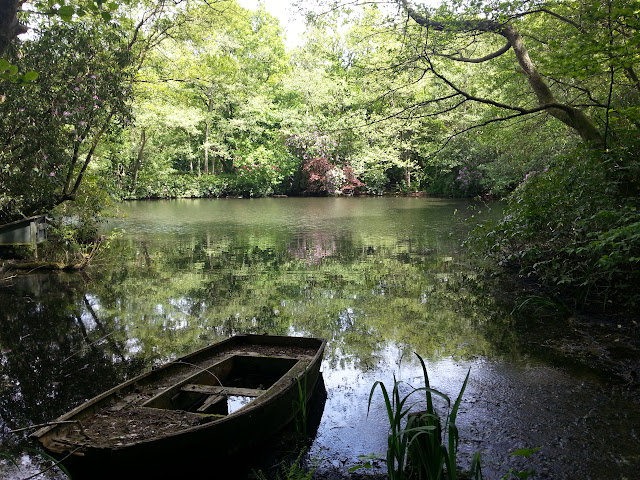 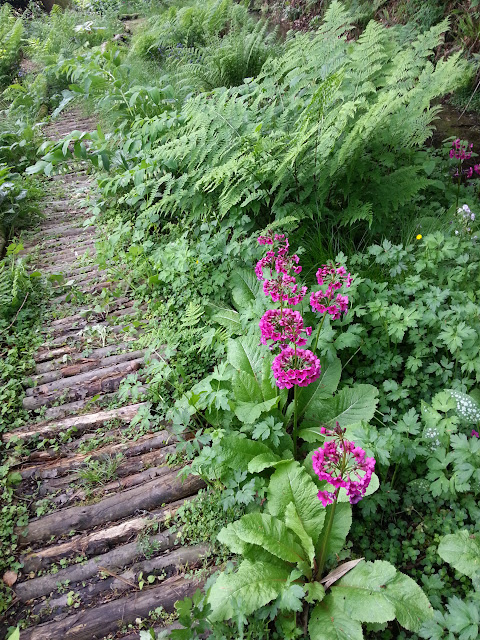 but for a better feel of what the place is like, follow the link, as I only took a couple of pictures.

The homeward journey was uneventful, as we sensibly took the main roads. We had the rest of our lunch in Midhurst and continued our on-going discussions about our own garden, based on what we had just seen. The mill-pond idea is going to be too ambitious for our suburban back yard, but there were other possibilities to consider...

Email ThisBlogThis!Share to TwitterShare to FacebookShare to Pinterest
Labels: day out, gardening, peace