There may be spoilers in this post - not having ever had anything to do with the books of the TV series of The Game of Thrones, I can't tell.

But while we were in Northern Ireland for a few days, we were taken around to some spectacular places. 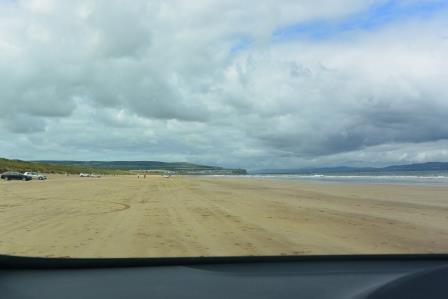 The strand at Portstewart. Right at the far end, you might just be able to make out the Mussenden Temple. And here below are some views taken around Ballintoy Harbour 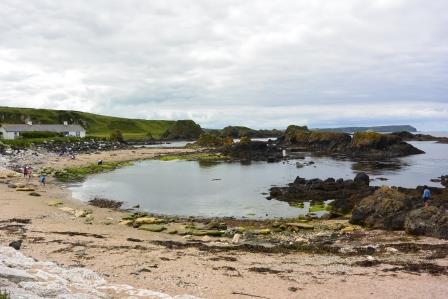 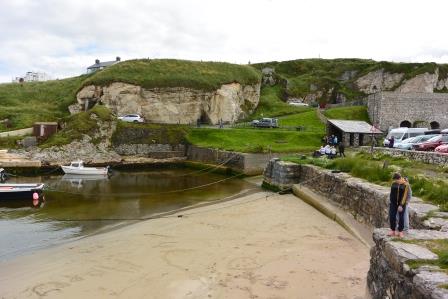 Here's me, pausing partway along the Carrick-a-Rede Rope Bridge. 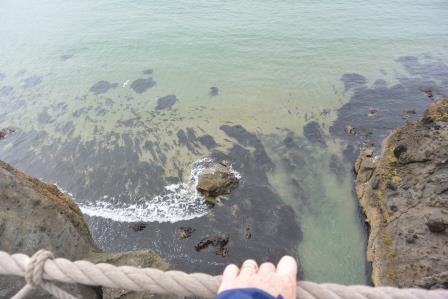 It was a lot less scary than I feared it might be. 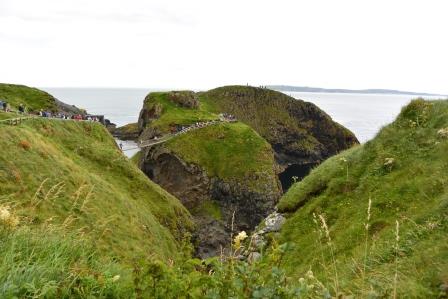 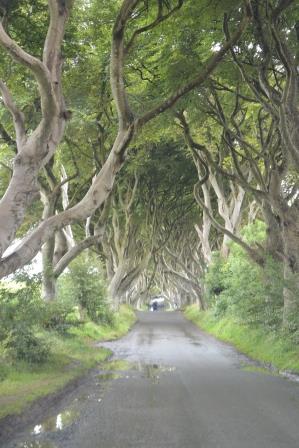 Check out this link to find out more about these, and other Game of Thrones sites which we didn't actually stop at. Although, when we returned to the car after our adventures upon the rope bridge, I discovered that overflow car park, in Larrybane Quarry was yet another site (some fight scene or other - I did find an image, but lost it again.

Email ThisBlogThis!Share to TwitterShare to FacebookShare to Pinterest
Labels: day out, Northern Ireland