The night before Christmas 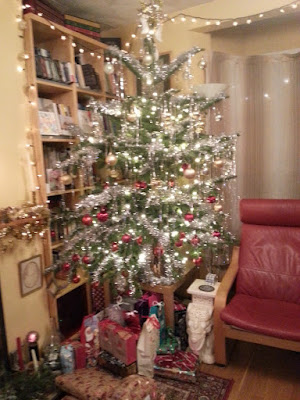 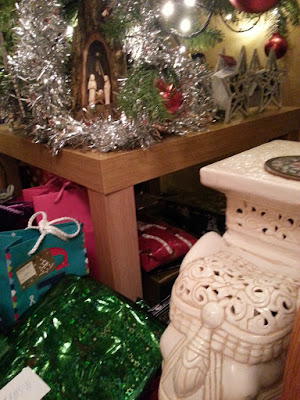 In the morning we went to church, no, we opened stockings, had baths, then went to church. I was supposed to be playing the organ, but the organ has suddenly developed an unexpected habit of playing by itself; I press one key, and several different notes come out. Not Good. So I played the piano, or the keyboard on a organ setting instead. It all just added to the random and lively nature of a Christmas Day service at our church.

Then we all went down to the Nursing Home to visit my mother and exchange presents. We left after an hour, leaving my mother and father to have lunch together. This is how the sitting room looked about an hour or so after we got home, made and ate smoked salmon sandwiches (we ALWAYS have smoked salmon in some form or another, and used to accompany it with chilled Chablis, but not today). Anyway - the paper pile was not as enormous as it has been in past years. 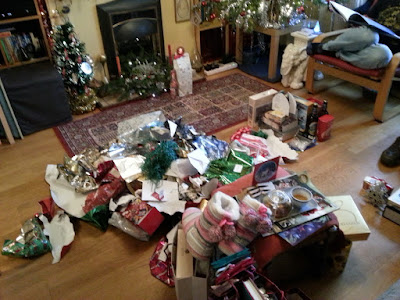 So it didn't take ages to clear it away. At this point it was silent; everyone was deeply engrossed in the books or models or kits they had received. 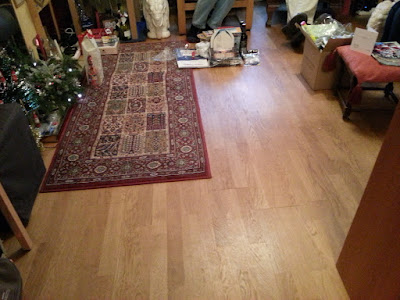 We watched/listened to Carols from Kings in the afternoon, once present-opening had finished and the paper had been tidied away and the Christmas Dinner cooking was under way.

Our Christmas meal was timed for about 6pm. That seemed good to us, and also gave my father a chance to recover after his Christmas Dinner at the3 Nursing Home ( although he only ate a small amount, he says).

I forgot to take a "before" - the table did look good, and even better when all the food was laid out but somehow that part of the day got suddenly busy. The empty square dish had been full of mince pies and apple pies and jam tarts. 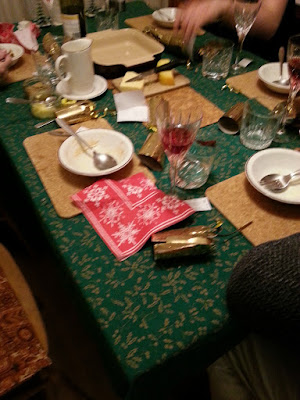 After the meal we had a bit of a culture dip - The Lego movie was very enjoyable and there were a couple of phrases that I wanted to remember but have now forgotten (Does that mean I will need to watch it again, notebook and pen in hand?)

Now, the left-overs (not much this year) are stowed in the fridge, the decks are cleared in the kitchen (what's with all this nauticalia, I wonder?) and all is calm again.

It's nearly 11pm and it has suddenly gone quiet. 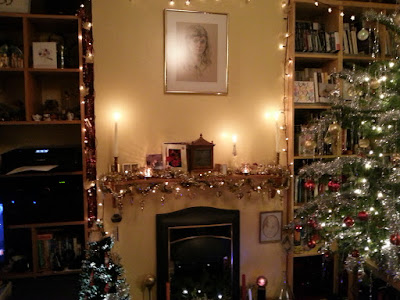 They are reading, and I am rattling in the blog post.

Hope you too, had a Merry Christmas. Goodnight, sleep well.

Email ThisBlogThis!Share to TwitterShare to FacebookShare to Pinterest
Labels: Christmas