We are ALL here now - lovely!

Nearly supper time. Salmon - we ALWAYS have salmon on Christmas Eve (except when we don't). 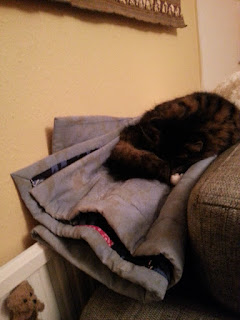 The cat has found another place to be, as her bomb shelter is occupied by presents. She can have it back tomorrow, if she chooses. 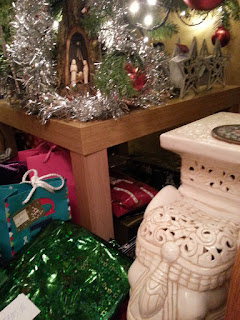 I'm rather pleased by how little pastry was left over...

I'm not pleased that YET AGAIN I put too much jam in the jam tarts. I do that every year (except when I don't).

Still, there was only room for 10 jam tarts on the cooling rack, so we shared the ruins at lunchtime.

(It was a harbinger of the near future; apparently two mince pies wouldn't fit into the tin, and were tidied away by a hungry man.)

The Christmas snowdrops have been trumped this year by a Christmas Daffodil. 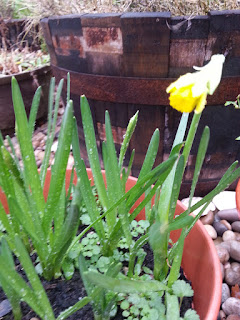 Whatever next? Christmas Roses? Oh, hang on, that's already a thing... 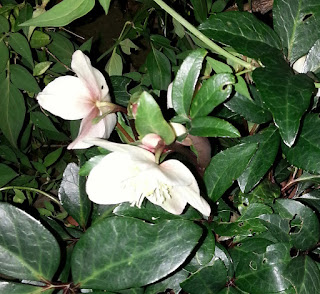 And how's that for dedication? I've just gone out in the cold and dark and yes, my Christmas Rose is in flower!