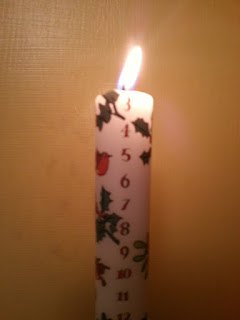 I visited my mother with my husband and my father this morning. I was not at all surprised to find my mother still in bed this morning, having had her breakfast. She was very tired and sleepy after all the adventures of yesterday (which also included having her nails done, I discovered).

First we looked at some of the cards that had arrived. Lovely bright pictures of flowers - a field of poppies..

We had taken a whole load of clothes ("too much stuff! too many things! I don't want it all here!") and some toiletries, and went through them with her. She was very definite about what she wanted - black trousers, long-sleeved t-shirts, these scarves but not those ones, and so on.

We had a certain amount of cheerful conversation while I pottered around trying to tidy up -  she hates the sort of casual clutter that accumulates. While I moved around the room, I found that she was not really paying attention to things on her left side (the side affected by the stroke three years ago). I would walk round the foot of her bed, and she would look as though I had disappeared from her view. Then, as I walked back, she would give me a welcoming smile as though I had reappeared, as if from another room. Maybe this is just a temporary thing, because of her tiredness. Who knows? It didn't seem to bother her much. The main problem is that the television is on the left side of the room, so she could hear it, but not see it. Plans are afoot to move the television over to the right side of the room so that she can see it again.

We left her cheerful and smiling, having had a bit of a laugh together. It was a short visit today; she wanted peace and to go to sleep. She seemed very content.

Tomorrow is another day...