So, Another set of resolutions...

well, no, mostly the same as last year. They have served me well for several years now. One friend says she likes to "challenge" herself with the resolutions each year, (and then laments that it didn't work out as she had hoped).

I've kept these resolutions for several years now, so at the end of each year I can look back and feel very satisfied. Here they are...

1. Write up a diary entry each day. (Sometimes I get a few days behind, but providing something gets written on each page, that will count. Even blah blah blah, can't remember what I did, although I have never resorted to that yet.). Last Year was purple, this year is green 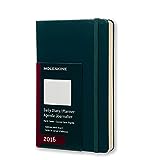 Reason - because the days and weeks and months and, in the end, whole years were flashing by and I felt as though I was not taking stock, remembering the way the rooks appeared in the tops of the trees when they were nesting, when the first daffodils/bluebells flowered in particular patches, driving through pale translucent arches of beech trees just come into leaf, and later through little whirlwinds of brown falling beech leaves. And how I felt when, and what happened when, and so on.

3. Take some stuff to a charity shop every month.

Reason - we just have tooooooo much stuff in the house. I don't set quantities - just Something with do. One of my uncles, who lived in a small flat (so I'm told - I never visited him there) has a "one in means one out" rule. Acquire a book? Then another book has to go. Buy a shirt? Then retire a shirt.

I have added some items which are Not resolutions but Good Ideas. That means that if I don't keep them, it doesn't matter.

1. Pray every day, using a prayer book. Prayer has been about the only thing that has made last year survivable in any way whatsoever. So I would like to formalize the concept. I have bought "The Divine Hours" by Phyllis Tickle (what a great name!) and have been using it for a week.

2. Stretch every morning. Just for a minute or so, when I get out of bed. Loosen up. Pretend to do some exercises. I've got a book called "5-minute work-outs" and I just to the easy bits out of it.

3. Transfer money to savings every month. I sort of do that anyway; I'm going to do it more consciously this year. I read, in a book called "Flip-it" (thanks for the recommendation!) that one way of organising money is to have 3 month's worth of living expenses in the first (current) account, then aim for 6-12 month's worth of savings in the next (savings) account, and when that is achieved (hahaha) put the rest in a longer term savings account. As someone who counts their accumulations of lucre in hundreds rather than thousands of pounds, this will be an interesting project...

To keep me on track, I have made a really pretty chart for recording some of these resolutions, and some other tasks (like remembering to take my "lunchtime pill" - that's red) in glorious techno-colour.

Which makes me  more likely to do the task so as not to spoil the pattern. Childish? Who cares, if it works.
Posted by KirstenM at 19:00:00