So, the first full week of teaching has happened, and I can draw breath. There were a couple of potential dragons lurking at the beginning of term, to do with tricky parents and stroppy students, but luckily the dragons that looked as though they were going to be the most awkward turned out to be very small fry, and the bigger ones will eventually just take themselves off without me having to do anything about them. More I cannot say - one of my unpublished resolutions is to try not to be so snarky about people that irritate me for one reason or other.

We visited Petworth to return twenty djembes that our church had hired last term. Calling in the second-hand bookshop I parted with £1.50 of my hard-earned dosh for this: 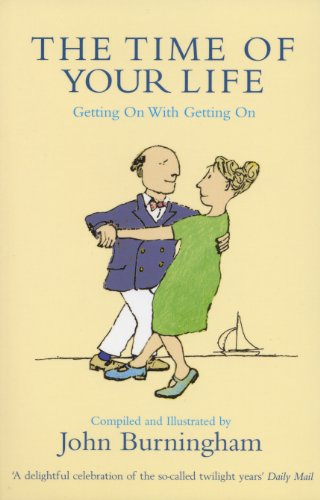 It's a sort of anthology of snips and snaps, all with John Burninghams' illustrations which I have always enjoyed. There was a paragraph in it which caught my eye at the time and made it worth the money. I forget which it was now - but this morning I read this which made me laugh; 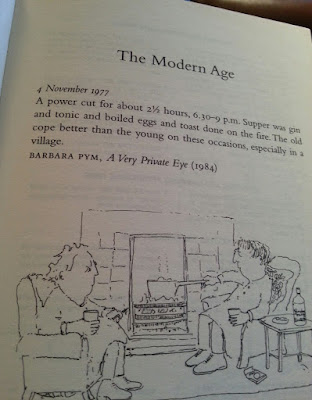 The idea of the two old folks sitting by the fire having gin and tonic and boiled eggs for supper amused me. (I've just downloaded "A Very Private Eye" by Barbara Pym onto my kindle for a future read.) We are totally electric now - apart from the central heating which relies on an electric pump. But we could always use the old storm kettle to boil some water. 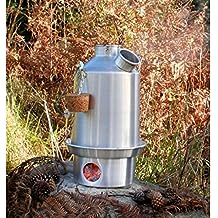 It is very effective. Getting the eggs in and out of the contraption could be a challenge. And it won't make toast. Somewhere in among the garden stuff is our ancient barbeque, and the chimenea. Perhaps we would have cup-soup and BBQ steak in a power crisis? It would be a bad idea to bring any of these exciting miniature furnaces inside; I suppose would could line them up just outside the french windows and hope the flowering jasmine didn't catch fire.

Flowers have been a good source of cheerfulness this week. The snowdrops under the apple tree are late this year - they are normally up and nodding about at Christmas. However, after the last couple of properly could days they are now in flower. I'm not going out into the horrible dank seeping rain to take a picture. This is last year's. 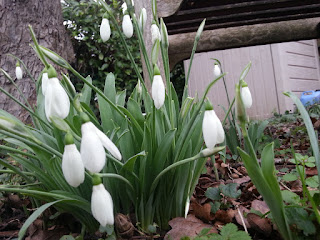 We bought a couple of pots of hyacinths to take when we were going to visit my godmother a few weekends ago. In the event we postponed the trip, as it was the tremendously foggy weekend and it would have been foolish to venture out unless completely necessary. A few days ago they, too sprang into life. Just a few buds in the morning, and all in flower when I got home in the afternoon - a lovely surprise. 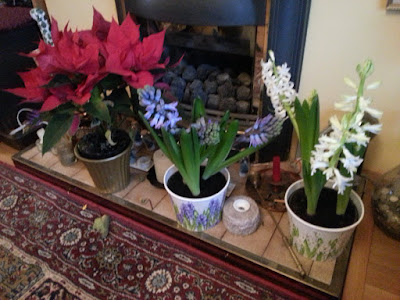 January's resolutions are sort of happening, especially the one to do with eating chocolate several times a week. The last box of "teacher chocolates" has just been opened (and eaten). We are pretty selective - eat the ones we like and lob the rest. Apple and chocolate? I don't think so. I've just got the musical tin of biscuits left now. There are the "unpublished" resolutions, but I'm only going to mention them if they actually happen. The "less of the Snarkiness" one needs a bit more practice, but some of the others might manage it, at least through January.

Well the afternoon draws on, and we are going out soon, in order to start the planning for a complex trip, involving seven different households and potentially three different embarkation points, not to mention all the events for when we arrive at our destination. There is one single fixed point about which everything gyrates - we should think ourselves fortunate to have even that amount of certainty to base our itinerary upon. Luckily we have a month or so to get it all together. All will become less unclear in time.

Love to you all,