Apart from a piano pupil at 4pm, my diary was clear! That must be a first since Term started back in April. (Slight guilty conscience - I realised too late that I'd forgotten to warn the other members of a drumming group I lead that we weren't meeting this evening. Oh whoops)

I redeemed my voucher for a free drink and cake at Waitrose (Americano with hot milk, and a slice of lemon drizzle).

I ate sushi for lunch, bought from the new sushi counter at Waitrose. It was OK.

I did gardening. That took up most of the afternoon. I have these plants, bought on Monday, waiting to go into a newly/nearly cleared border. 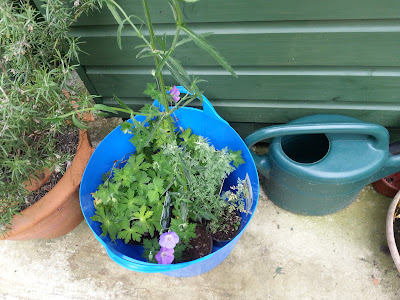 One of them is about four feet tall - slightly tricky getting it into my car. 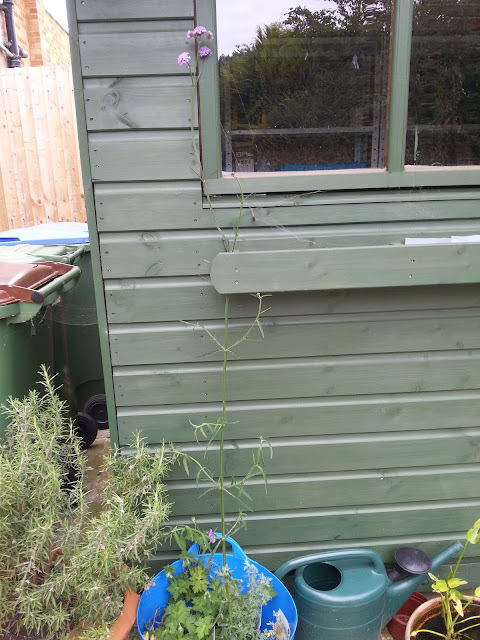 Two were bought from a garden gate plant sale near a school I visit on Monday mornings. I took pictures of the detailed labels, as they had to be left behind. The tall one, with little purple flowers at the top, won me over with "... hardy...self seeds, self stakes, flowers over a long period". 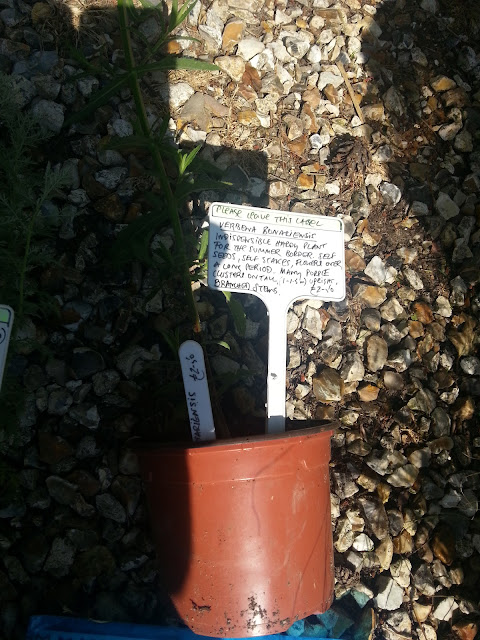 The main attraction of this little silvery plant was the magic description "good ground cover in dry sunny places - SPREADS!" 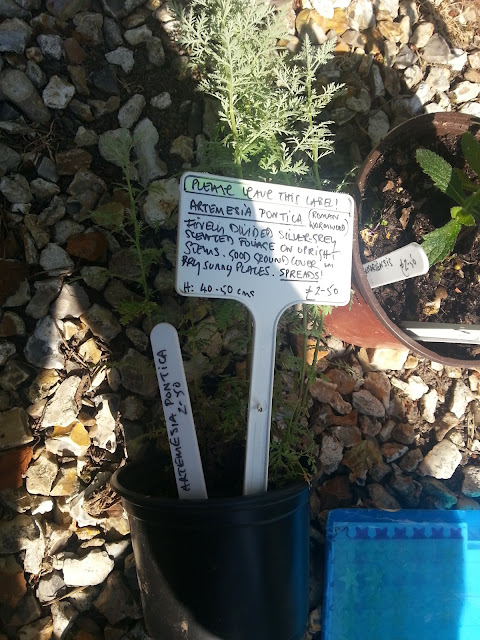 So this blog will act as a reference when I've forgotten what they are called. The other two plants in the blue tub are geraniums, of the cranesbill type, chosen for "thrives in a poor soil". One has while flowers, the other purplish-pink. 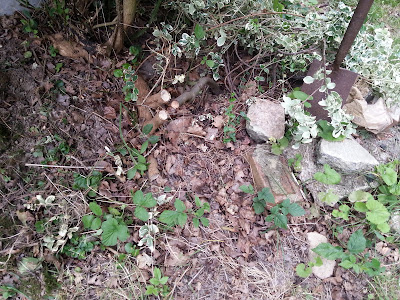 stage 2, after he has attacked it with a sort of claw-hoe implement 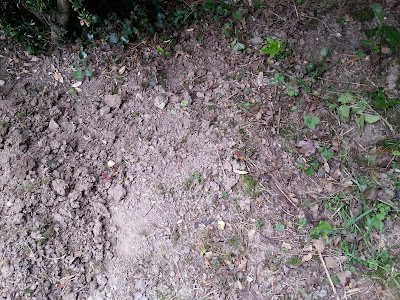 and stage 3, after I have spent an hour digging over it with a hand fork, as I can't manage to drive a border fork into the compacted earth. 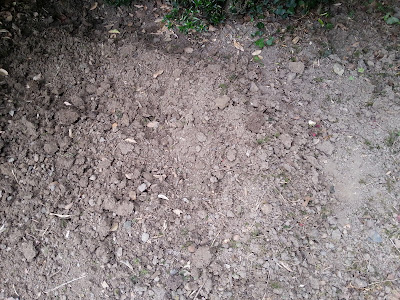 I'll ask him nicely to do the "dig a hole twice the size of the pot" business, and hopefully get the plants in before the end of the weekend. I've also got various pots of variegated ivy that I will put in, and then cover the whole lot with a fine bark mulch. Then any plant that appears subsequently will be considered to be a weed and removed with extreme prejudice. That's plan, anyway.

After a cup of tea, I turned my attention to the dining room table - it's got itself into a state again, somehow. 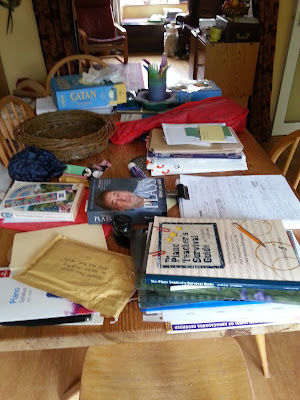 There's a bit more clear space now, and the heaps have been slightly reduced and squared up. That will have to do.

Nearly a day off?