We went in search of lunch by the sea; The Bluebird cafe in Ferring seemed very appealing. Many, many other people, with hundreds of dogs and thousands of children seemed to agree with our choice. So we left and headed for Arundel, and  found monumental traffic jam. So we zipped down a convenient lane signposted 'Poling'. There we found no pub, but a minute village (population 174) with a cold, damp, but interesting church.

The font (possibly Saxon, as is the earliest part of the building) wooden cover with painted panels which opens up like a cupboard. 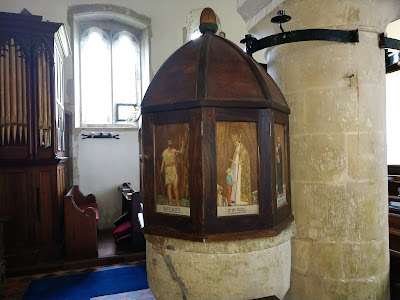 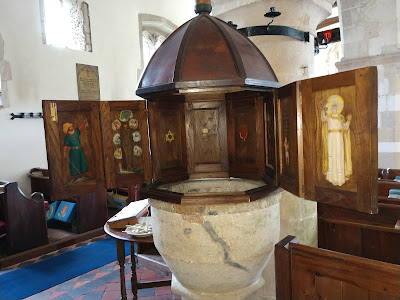 There is a framed record of the Radar station at Poling during world war 2. 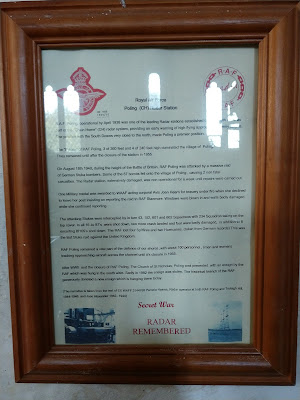 But no pub in the village. So, now very hungry, we returned along the lane (Poling village is at the end of a single track dead end) and found the traffic jam just as we had left it. So we crossed over to go back towards home. At Clapham roundabout we doubled back along the old road and stopped at The Fox. Yes we could have food if we ordered quickly. Two portions of whitebait and one bowl of chips suited us just fine.

Meanwhile, more about the birds; we have a robin nesting in the ivy. It rushes back and forth with huge leaves in its beak. I need to look a bit more closely to spot the exact place he goes in. I'm quite pleased with this drawing, but it took more than ten lines; 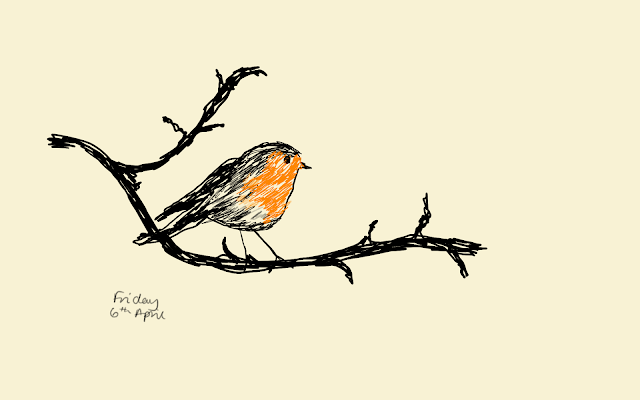 so here's another scribble sketch, of a scene that may come true later when it is Much Warmer. 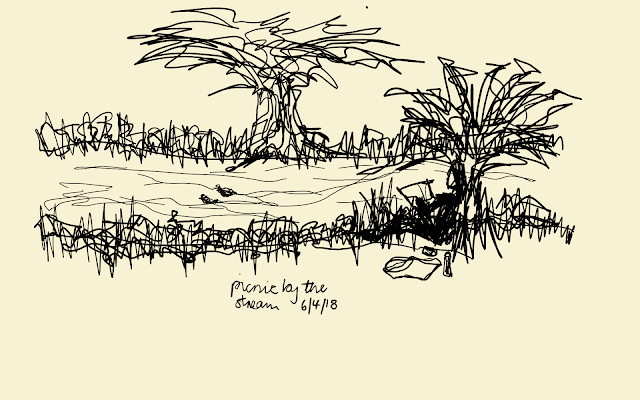