We had a real family day - the Son represented us all at the Dawn Church Service where Paschal Candles were lit at a small brazier. I'm still spending half-days in bed catching up with myself and sleeping off a snuffly cold, so shivering out at dawn seemed a Bad Idea.

Daughter joined us for a second breakfast of Hot Cross Buns; traditional, not chocolate/toffee or any other weird varieties. I emerged from the bedroom in time for lunch!

My Easter Cactus is in flower; 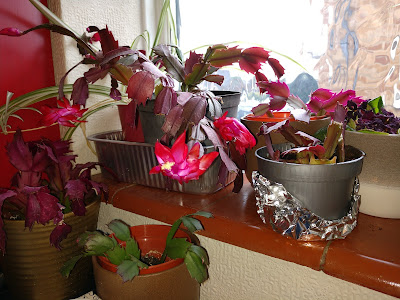 The same one that flowered at Christmas... I think it may be a little confused as to which type of cactus it is supposed to be.

I drew a picture of Husband and Son and Daughter playing a fiendishly complicated extension of Settlers of Catan. Part of an April challenge to do a drawing everyday by doing no more than 10 lines; a line being defined as from the moment your pen touches the paper until you lift it again. I was using my finger and a tablet, and I truly only made ten separate lines; 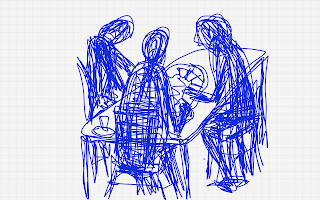 and I added a row of hearts and a row of criss-crosses to my fair isle scarf. 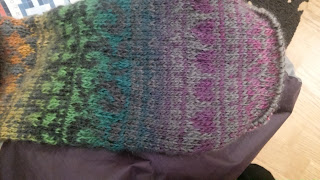 Now that my coloured yarn has become pink, I shall try and do flowers next; 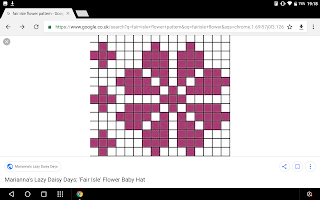 I had a look at the pattern for roses but it does look a bit too complicated.