Half term has been and gone, and I've meant to post from time to time, and then gone and made a cup of tea and read my book instead.

Thursday 22nd was my last 'free' day of the half term.

We went to IKEA, because I wanted to buy flowerpots. OK, that's a pretty crazy idea, driving all that way for flowerpots. I've looked around here, and the only ones big enough have been about £10 each for something not what I want, and then I saw these; 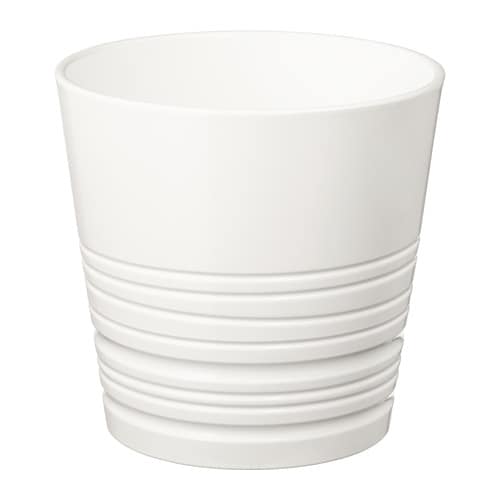 which are roughly what I had in mind and were only £3 each. I bought four, and should have bought eight. Next time.  We also bought some tea towels and ate a fairly inadequate meal (when will we learn NOT to attempt food consumption at IKEA? I've never eaten anything that was remotely more than fuel)

The HIGHLIGHT of the day was on the way home - the weather had improved markedly, and there was a small church up above Coulsdon that was on my list of Place To Visit. On the way home, indeed, so off we went.

It is a strange little journey; leaving the A23 you navigate through a mess of railway bridges and houses, and suddenly emerge into unexpected countryside. We found the church of st Peter and st Paul tucked into some woods down a single track lane leading to the tiny hamlet of Chaldon. 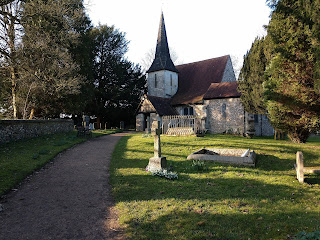 This is the site where I read of the church's existence, and I recommend that you follow the link for lots of pictures and explanations of the extraordinarily vivid Doom Painting that fills the West wall. 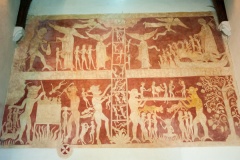 He took several pictures, but I didn't, so this one is from the britainexpress site.

We met someone who used to go ghost hunting with her mates when she was a local teenager - they used to come and frighten themselves at Halloween. She said that her ouwn children came home all wildly excites the other evening, saying 'Guess what Mum, guess where we've been!' Ghost hunting in the church yard! It is a dark and overshadowed place and I can imagine that one would imagine anything in the dusk.

Look what I found on the web;

what do you reckon?