I'm behind with posting... and can't remember what I have been doing this week

one clue to trying to remember what has been happening is to check my phone for recent pictures; here they are in reverse order... 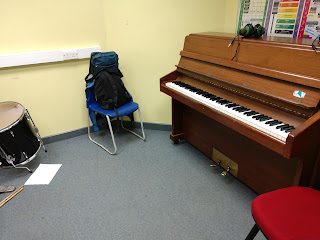 This morning (Saturday 16th) was a teaching day. Here is the room I spend the time in. We have to take 'before' and 'after' photographs as there have been complaints from the school that we are leaving the place untidy (not true) and messing about with the instruments (sort of not true). As you can see there is a drum kit in the corner - irresistible to the younger pupils who have to be enticed away from it, encouraged sweetly towards the piano, and finally threatened (Sit on the piano stool or I'll tell your mother!). I've also taken a picture of the heating control (left 'off') because of the notices in big letters on the wall; 'DO NOT TOUCH THE HEATING CONTROLS. THEY HAVE BEEN LEFT ON FOR THE HEALTH OF THE INSTRUMENTS' - so do I leave it OFF as in DO NOT TOUCH or switch it ON as in FOR THE HEALTH OF THE INSTRUMENTS. 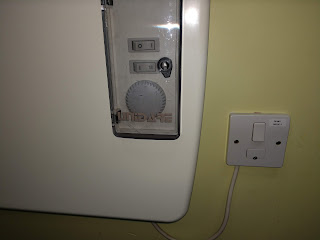 I surreptitiously switched the heater on because I was slowly freezing into a solid state, and then off again as I left. So I have broken both the commands. Oh well.

Next pictures; two empty tea tins, five scarves, three Hoffnung cartoon books, one 'tone your tummy in ten minutes a day' (as if I'll ever manage that) book, and four brooches (one seems to have disappeared). That's thirteen items all destined for the latest charity bag. The plan is to discard forty items throughout Lent, one a day excepting Sundays which are not 'fast' days. So, as we are in the tenth day of Lent today, I'm ahead of the plan. (If you want any of those things, let me know and I can bypass the charity shop and send it straight to you...) 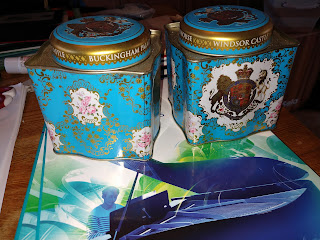 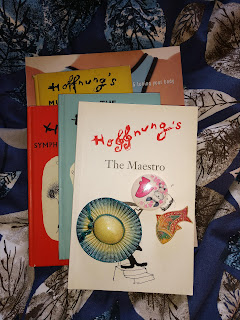 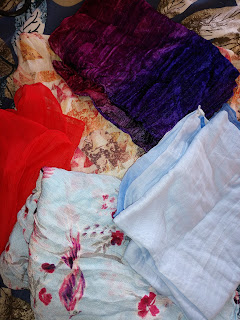 I'm not sure which cat has packed herself into The New Box, specially sourced by Himself. I think it is McCavity in this picture; she decided to try it out for an hour or so. Boxes aren't really her thing so she hasn't been back. But she has completely spoiled it for Leo, as now the blanket smells of McCavity. Later on in the day, Leo came, snuffed inside the box, twitched her tail and went off in a huff. 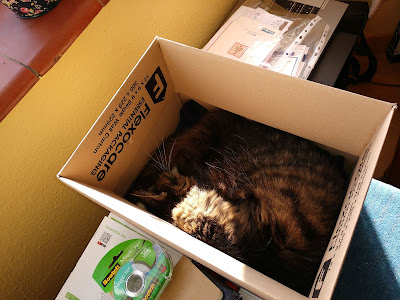 Here are the iris bulbs, planted in the earliest days of January and now released from their imprisonment in the cupboard. I could take a more recent picture of them, but they don't seem to have celebrated coming into the light by doing any growing. 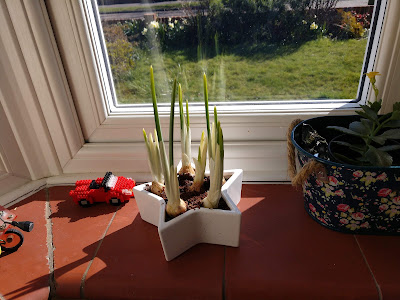 It's not sunny today. Rain. Wind. Cold. Usually I get chauffered into work on Saturday mornings, partly on the grounds that I am rather more than 'past it' by the time I finish, and appreciate being chauffered back.

(I suspect it is safer for the other road users too, if I am not driving after the teaching. Although I made it home today without too many dodgy decisions)

He goes for a walk in and around the town, and reads his Kindle in the canteen until I emerge from the music room. However I left him in bed today, not well with raised temperature, sore throat and hacking cough. It would have been a peaceful break, except that a neighbour has had a new piece of computer kit delivered and came round three times for help and advice... (THREE times???)

Right. That's your lot for today! I'm going to make a pot of tea and settle down for television and reading and knitting for the rest of today.