It's another time when I need to look and see what pictures are on my phone to work out what has happened since my last post.

I think it would be miles better if I posted little and often, but by the time I have closed the door on the last pupil and eaten my supper, my brain has stopped. I would then normally just sit and Freecell in a mindless fashion, but I have given it up for Lent... We've both been feeling a bit bleah to greater or lesser extents recently - some kind of virus? Who knows. Whatever it is, by the time evening has arrived both of us are dozing like some kind 'Old People at Home' cliche.

Right, here are the latest photographs - all garden ones, I see; Let's have a think;

Ah yes, I remember... on Sunday it was warm enough, for the first time this year, possibly, to sit out in the garden. 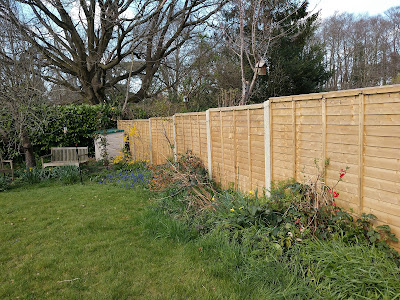 I investigated the vegetable patch, largely ignored since last Autumn, and discovered loads of whatever this is - kale or swiss chard, I think. I could burrow in among the snails and find the label. 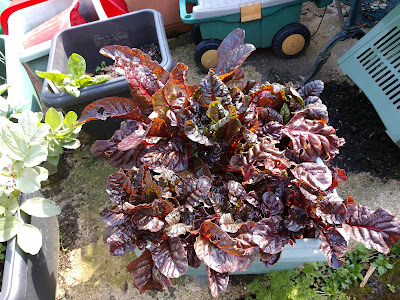 Since I had offered to make lunch - minestrone soup from the freezer (Blue Peter style - 'here's some I made earlier') I picked some of whatever this is to add to the soup. 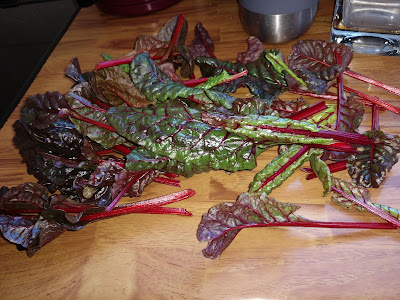 Reheating soup didn't go quite as planned; I burned it. So he took over and produced cappelletti (anyone got any idea how many consonants in that? - I'll just wait for someone to answer '3' although that's not the answer I'm after).

Sitting in the garden, soaking up the sun (with our fleeces buttoned up to our necks to fend off the briskly bracing breeze) was sheer delight. We stayed out until the sun went behind a cloud and the temperature dropped quite suddenly.

There are signs of advancing Spring - I planted broad beans last Autumn, and although they are very collapsed from frost and wind, they are still are still managing to flower. 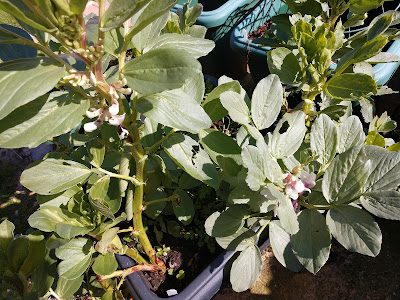 It is busy in the garden at night, but it looks as though this pigeon managed to escape. 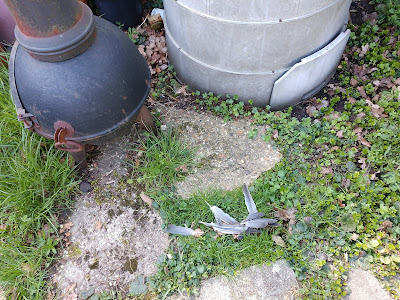 I'll be keeping a lookout to see if I can spot one flying lopsided around the area.

I was distracted when teaching at a nearby primary school because two birds of prey were circling around the playing field. I could just see them from the window. 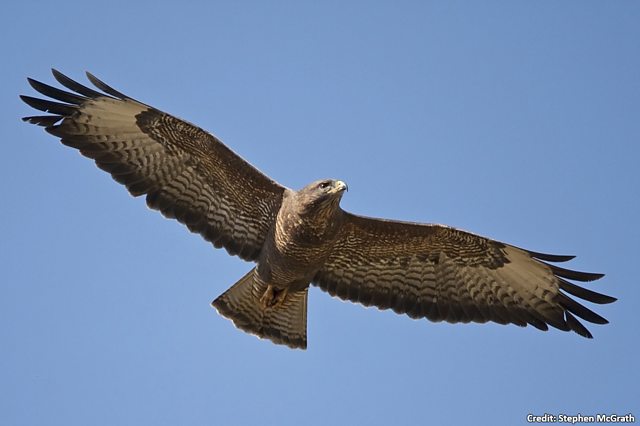 I think that they might have been common buzzards; they had that wedge-shape tail, and I could just make out the stripy pattern on the underside of the wings. This picture comes from the Spring Watch website  which has excellent pictures and descriptions of birds of prey.
They were there on Monday and Tuesday.