Monday - what shall we do?

Go to Tate Modern in London. I knew that we would be too late join in with the Lego building thingy; when we got there a couple of staff were getting to grips (literally) with the slow and painstaking task of dismantling it. 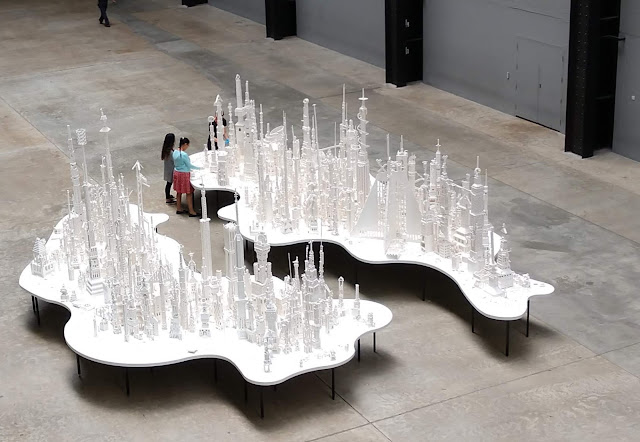 I didn't ask if they had to sort the bricks as well. It was eerily quiet, compared to the echoing hubbub in the rest of the building. I had half planned to bring along a brick from home; red, or black, or grey, as a subversive addition... 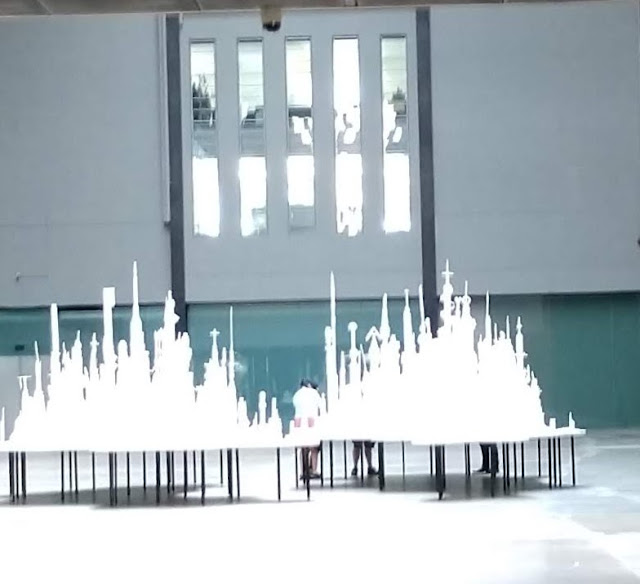 We went round the Takis exhibition. I didn't take photographs, just one sound recording. How one puts a sound clip onto this blog is rather beyond me.

The views from the Tate Modern building are spectacular; 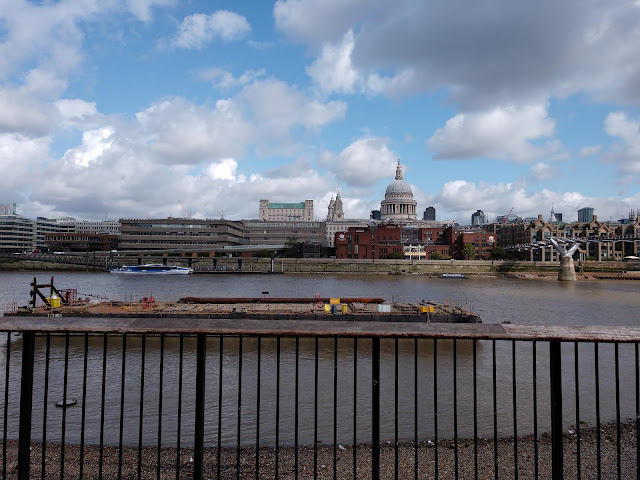 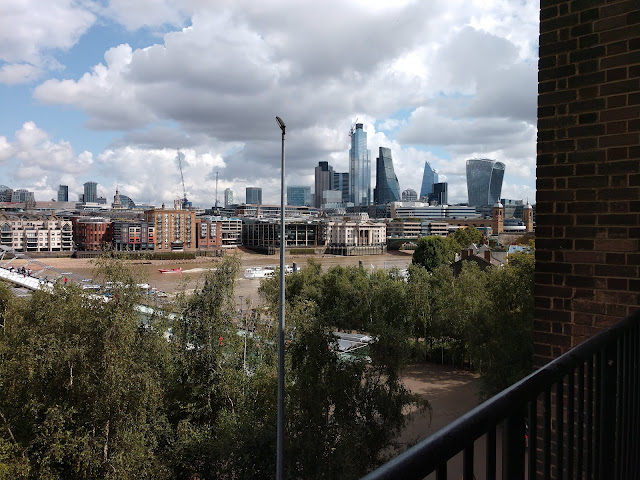 We timed lunch to perfection; having spurned all the eateries at the Tate Modern we went out of a random exit and found ourselves looking straight at a Wagamama. Excellent (if noisy). And even more excellent because we managed to grab a window table. And even more excellenter still; those threatening clouds in the photographs were for real, and this was the moment that the heavens opened and the rain was bouncing off the pavements and we were nice and dry and chopsticking our way through udon noodles and all kinds of bits and pieces.

Afterwards the sun came out and London was sparkling and clean so we slowly walked along the Thames path all the way upstream; through a sort of festival atmosphere all around the South Bank and Festival Theatre area, through the most touristy scenes of seething crowdsI have ever seen in London at County Hall by the London Eye (with hands firmly clasped around bags - it really felt almost like lawless Victorian Britain updated to the 21st century). Then under Westminster Bridge and into the tranquil stretch alongside St Thomas' Hospital. Past Lambeth Palace, and ending up in the cafe of the Garden Museum, right by the Palace.

A mystery thriller I read came to its dramatic conclusion in the churchyard surrounding the museum; it was written by Jefferson Tate and I think it might have been 'The Last Queen of England', so I will have to re-read it to check.

We took the bus to Victoria Station, all around the back streets of Pimlico, and caught a train home.