Played the piano in church today - we didn't do 'The Thee Wise Men' as we are on a series of 'Being Grateful' which sounds SO less 'mindful' than 'Gratitude' which is what all the self-help journaling/blogging/self-care books and blog posts and what-have-you is full of these days.

Although, it does appear that looking for things small and even smaller, to be grateful for, does seem to increase one's sense of 'joy', not to be confused with mere 'happiness'. 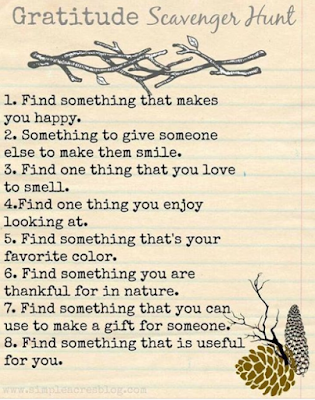 I'm expecting you all to work your way down the list and then you too can all be joyful. (Joke). (But not entirely).(that is, not entirely joking. Give it a go)

On Friday I met up for lunch with colleagues from one of the schools I teach in. They are mostly teaching assistants at the school, and a couple of ex-teachers. 'What a lovely people all they are', I thought, looking round the table. Endless patience and commitment to the children in their care, and some of the children are fairly tough cookies. One of the reasons I have given up class teaching is because of the tough cookies. I haven't the energy or patience for them any more.

We were meeting at a local garden centre, so while I was there I used a gift card from a student to buy a couple of hellebores (Christmas Roses) 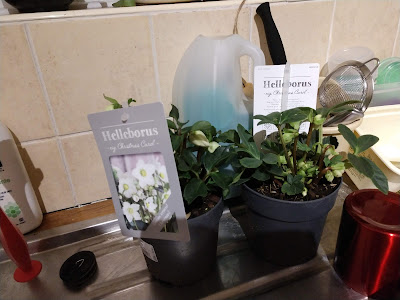 I have treated myself to an Almanac for 2020 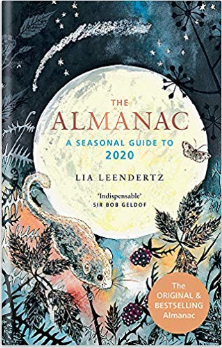 as a reward for NOT buying any 'this will make you super organised' planners and notebooks. It says that January is the time to buy and plant Christmas Roses, and you can see what colour the flowers will be. We have a lovely pinkish one at the front of the house. I have put these two down the bottom of the garden next to an over-enthusiastic primrose which came into flower just before Christmas. I thought I had a picture but no, so I will spare you that.

The almanac also informs me that I have missed a meteor shower (3rd and 4th) but there is so much haze and light pollution here that we are lucky to pick out Orion's Belt on a good night, let alone stand in the cold watching for meteors at 4 am. And this month's moon is the Wolf Boon, nad there will be a partial eclipse so when it is full moon we might just see it being a bit pink in colour. Pink Wolves... the mind boggles...

The last few evenings have been very companionable. He sat at one side of the table, and finished the Christmas Present u-gears car, 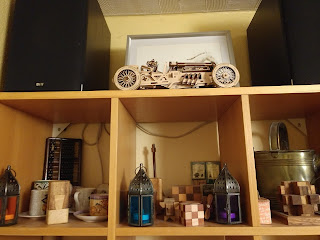 and has now transferred his attention to a Christmas Present Wentworth jigsaw. The grey tray is a modified tray-table from Ikea, which he has been working on for the last couple of months in order to be able to fit the jigsaw on the surface. The bottom edge of the tray had to be removed, and a channel cut out, as the top-to-bottom dimension of the jigsaw is a few millimetres greater than the internal dimension of the tray. 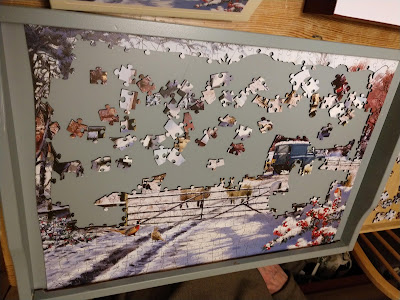 Thes jigsaws are cut from real wood, not cardboard, and have little 'whimsy' pieces, cut into shapes of birds and people and so forth. They are a pleasure to handle, but surprisingly difficult. 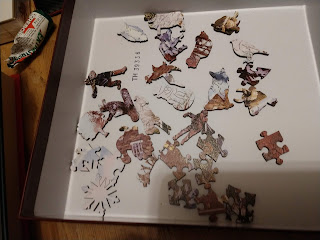 I sat at the other side, and used up half a jar of cloves and an orange that didn't look as though it was going to be eaten up any time soon to make a clove orange (why? Because they were there.) 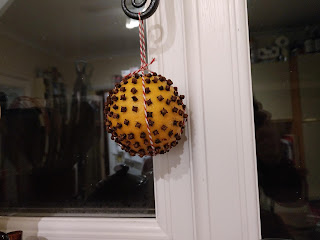 That photograph is a bit of a cheat; if I give the orange a twirl, you will see that half a jar isn't quite enough to finish the job. I'll have to buy some more tomorrow. 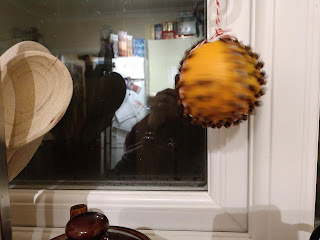 Now, today, Christmas has been taken down and everything is pretty much as it was three weeks ago.
The removal of the tree has revealed the next job on the list; 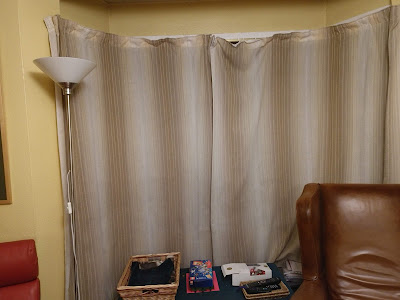 We bought these curtains from Marks and Spencers back in about 1981 for our last house. They were lined, but the cotton lining rotted away years and years ago, and now the polyester fabric is disintegrating. Thirty-eight years. I think it is time for new curtains, but that means a new curtain rail... watch this space.

What else? I might be thinking of modifying my New Year's Resolution regarding sending bags of stuff to the charity shop. My uncle had a rule; if he bought anything, then something had to go. Buy a new shirt or book? Discard a shirt or book. He lived in a tiny flat so space was valuable.

I wonder if I can do the same - make it even 2 or more things out, for any new thing in? I received four books over Christmas, and two pens. I'll start with the pens - that was easy; none of these work properly anymore and a local school has a recycling bin which might take them; 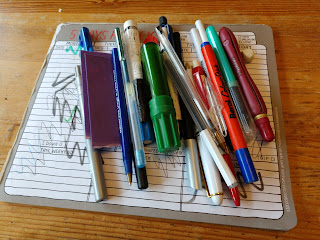