Those pancakes last Monday were the only ones we had this week. I don't really do a 'food' fast in Lent so we will probably have pancakes some other time.

This half term week has been a pleasant break from teaching, and I've enjoyed doing more writing, more reading, more drawing. And even a bit of housework here and there. I have completed spring cleaning the bathroom and loo - that's a 'win', and will have done the stairs and landing as well by the end of February.

The hall is going to be harder; there are heaps and heaps in the hall.

stuff left from my godmother's house that didn't make it to the charity shops before lockdown last year.

food stocks originally against possible Brexit shortages, then against lockdown shortages, and now just a policy of having roughly a month's worth of staples in hand. When the lockdown started last March we had to employ a certain amount of ingenuity to get groceries, fruit, veg and eggs via wholesalers, food boxes from Marks and Spencers, and the kind efforts of friends. Once I managed to get supermarket deliveries arranged everything suddenly became so much easier.

letters and parcels which have been delivered, which we leave 'quarantined for a number of days unless they look urgent

the usual stuff like shoes, coats, scarves and gloves, packets of batteries, tool boxes, the cello, djembe, saxophone and glockenspiel and such-like that everyone always keeps in their hallway.

Ah well, that will be something for March.

Letterbox gifts are an amazing idea! I have just ordered a letterbox gift of wine for my father (he never reads my blog so he won't find out - unless this is the one post he decides to read?) I hope the wine tastes reasonable, and it is ridiculously expensive, but it was irresistible - they have put the wine into a specially designed flattened bottle so that it will fit through a letterbox. 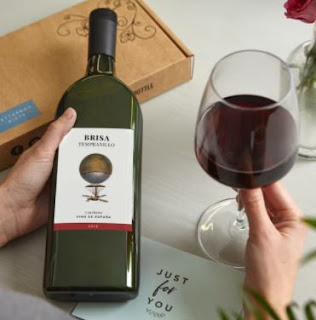 How clever is that!

I have also frequently bought flowercards from https://www.bloomsofguernsey.com/ and they have always been amazing and entirely worth it, which is why I have included the website. 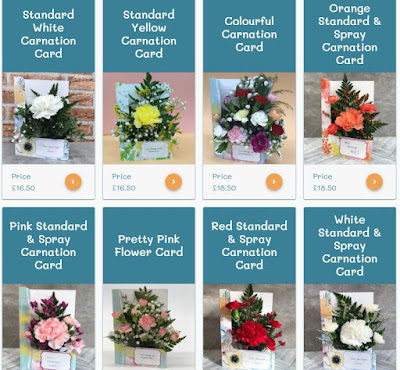 Yesterday was the first time I went out for a walk since nearly two weeks ago. It was a bright sunny afternoon, after last week's bitter cold and this week's dismal rain. The weather makes such a difference! We didn't take the oxygen concentrator, and I still managed to walk round the block with only a few pauses - perhaps stopping to chat with friends who were also out for a walk gave me a usefil breather...
Touch typing is still a work-in-progress; today I started on z x , and ', and I find that if I remember to pay attention to what I am doing I do more and more 'proper' typing.
It dies tend to be a bit error ptonr if I don't watjb what O am doinng closwly.
February's is 'drawing people'. On the assumption that sometime this year I am going to be able to get out and about with a sketch book I thought I would get into practice. I googled 'people at the seaside' and sketched from the photographs, and then amused myself while watching a Poirot on television. 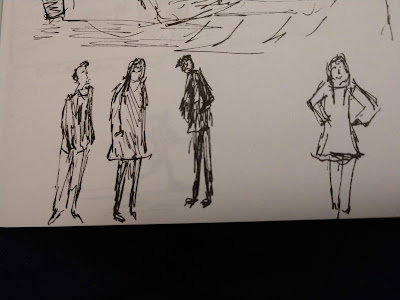 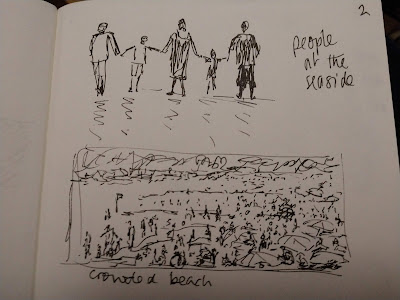 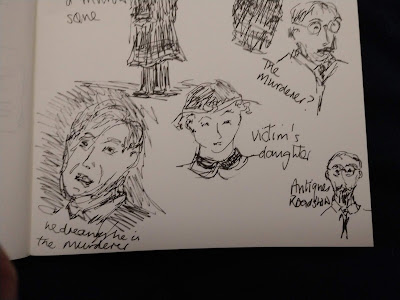 'Sketch' is the operative work here...