There are a whole series of 'adventures' approaching - overdue eye tests, overdue face-to-face clinic appointments locally and up in London; it seems I was premature when I rejoiced at all my appointments being via zoom. I have bought a couple of packets of those extra-protective face masks that make you look like a close relative of a duck-billed-platypus in readiness.

We wore ordinary masks for this afternoon's adventure - taking the cats to the vet. It was a mixture of annual check up (overdue by a year) and also see if we were running into trouble with McCavity's teeth. Leo had to have 6 teeth out in the Summer of 2019...

The system is that you have a chat with the vet standing outside the surgery, hand over the cat basket, wait outside, and then they reappear with the cats and the bill. Here we all are, waiting for dogs and cats and whatever... good job it was sunny... 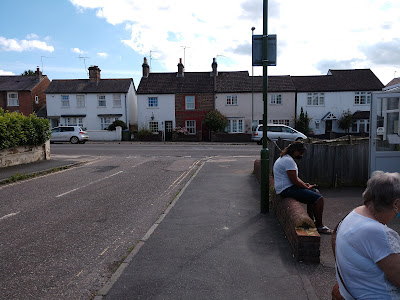 In our case the consultation was 'relatively' cheap;

there isn't much point vaccinating them at their age if they are not going into a cattery or living in a cat-infested environment,

their teeth have a build up of plaque but the gums aren't inflamed - yet - and at their age doing the dental work would be a bit of a risk, and also there's more than a chance that they won't live long enough (they are 19 years old) for the plaque to become a problem

they don't seem to have any suspicious lumps and bumps that can be felt.

They are a bit thin and light-weight - but that's to be expected.

So, the first 'adventure' is complete. Apart from having a bit of difficulty in cramming both cats into the one container 'Leo is a bit grumpy, isn't she' they remarked, handing them back it was all a non-event. For us, maybe not so much for the cats.

In other 'news' - there isn't any news from here really - I have managed to persuade my 'Tea for Two' coffee and tea maker to burst into life after a few false starts when I couldn't remember exactly where the water goes. 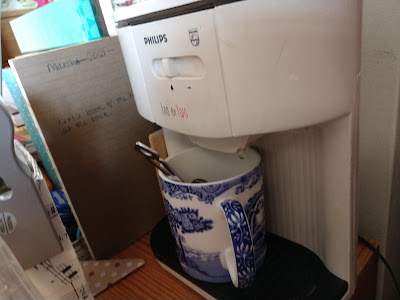 This all happened because my bedside light started flickering. Everything is plugged into an extension strip under my side of the bed, so great dismantlings had to happen at about 10pm in order to get at the plug which is also a transformer. The pillows have to be removed, the mattress lifted over the foot of the bed, and muscle-wrenching contortions attempted in order to unplug the now HOT power pack. Then everything put back before we can actually go to sleep. 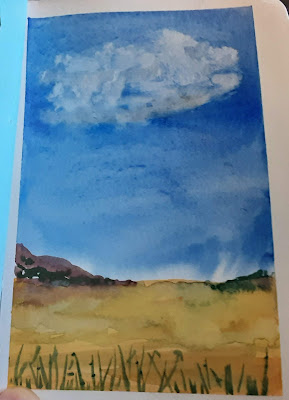 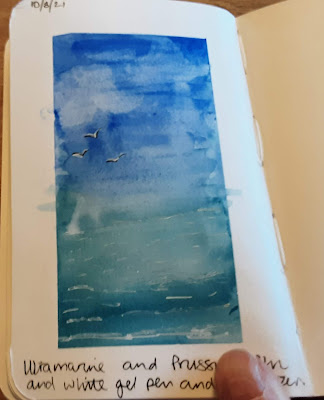