It's been a funny old week, but I think it is often like that at the beginning of Autumn, when Summer seems reluctant to end, and yet the sun rise is later, dusk is earlier.

I can remember as a youngster shivering along to school wearing Summer uniform in the morning, and sweltering home in the afternoon as the sun had burned through the Autumnal mist and brought Summer back. Or, even worse, mooching along comfortably in winter uniform and sweating home wearing coat, felt hat and brown knitted gloves (it was that kind of school - blazer and straw hat and white cotton gloves in the summer, and woe betide you if you were not wearing hat and gloves.)

The air has seemed somehow 'thick', or maybe 'dense' might be a better word. I have been beavering away at my step count, but on a couple of days I have struggled to motivate myself. Today, for example, it is well into the afternoon and I've only notched up 550 steps from pottering about house, and I've already promised myself that I can have a Sabbath Rest today. At least I have found a way of switching off those pesky 'motivational messages' that kept popping up all the time.

The Book Club choice for last month, as I think I have mentioned, was 'Precious Bane' by Mary Webb. In another frame of mind I might have read it, but I gave up three pages in, unable to plough through the admittedly beautiful but archaic language. Instead I have been reading several books in the 'light romantic style', all reprints of popular novels of 60 or more years ago. 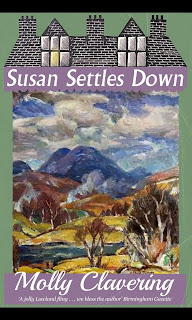 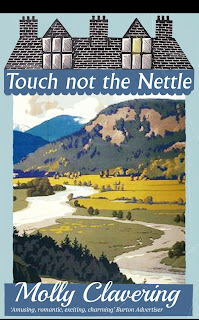 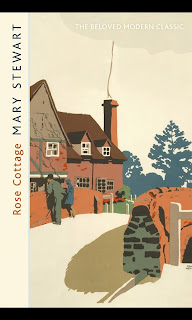 I think 'Business as Usual', recommended by a friend, was the most successful of this bunch, and enjoyed it very much.

I may be ready for something meatier, or maybe not. I have started this one, by the same author as the 'Shardlake' series. There's a sense of foreboding -  I have a horrible feeling things will come to a sticky end for several people and only a quarter of the way through... 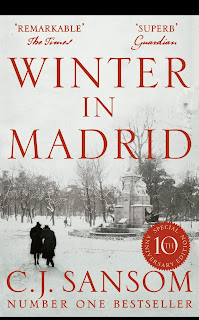 I didn't go to this month's Book Club meeting as we are now meeting indoors again after a year of zooms and a couple of 'in the garden' meetings. This month's book is by Graham Norton, called 'A Keeper'. According to the 'blurb' is it 'creepy, atmospheric, and impossible to put down'.

Maybe I'll read a few Mary Stewarts first and build up to it?

The 100 day dress challenge continues; I'm still not bored with wearing the same dress, I've still not had to wash it as it still looks and smells clean. This is only day 16 - so far, so good.

One bonus is that I scroll past all the advertisements from favourite companies without a qualm - no point looking, because I won't be wearing anything different for another twelve weeks! 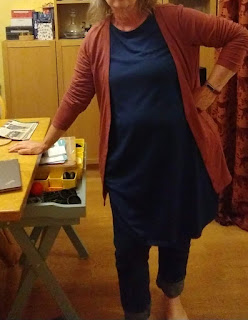