Saturday 23rd October - sequencing errors are creeping into everything

I tried to make myself a cup of tea the other day - assembled a tray with cup and saucer, milk in the cup ready, boiled the kettle, filled the teapot. When poured the tea I discovered I had forgotten the tea leaves.

So, I started again; tipped out the watery milk, boiled some more water, ADDED THE LEAVES TO THE TEA POT and carried it through the to sitting room. Fail. I had used the filtered water jug instead of the milk bottle to prepare the cup. At least all I had to do was take the cup back to the kitchen, chuck the water and replenish with milk.

Today, with great determination, I managed to get it right first time, but only by actually verbalizing every instruction to myself, rather like when I am teaching or learning something really tricky - a bit of Chopin, the top of the second page of every Bach fugue I have ever studied. 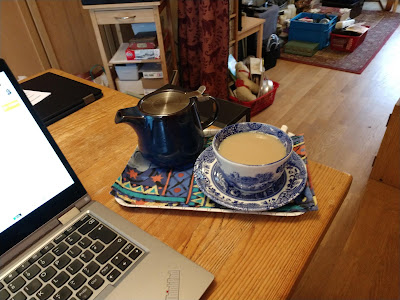 I have been dealing with admin today - writing up lessons from last week and sending out the emails, checking to see which parents have paid me for last week's lessons (none of the ones who are doing 'pay as you go' as opposed to 'half-termly in advance! - I shall remind them when I send out the next half term's emails of dates and information!)

Half term got off to a good start this morning; Radio 3 (Mendelssohn's Octet on Record Review), breakfast in bed, tie to sketch out some ideas for the Advent project and some company. 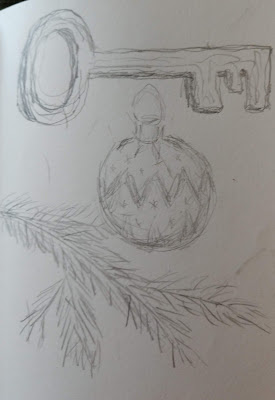 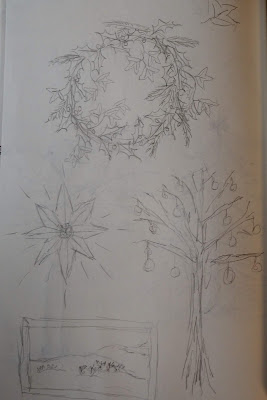 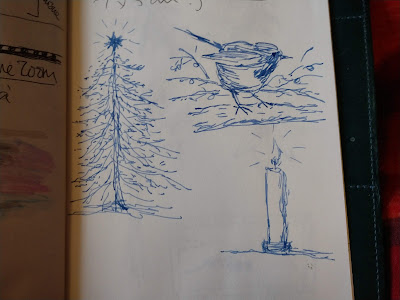 I've been fiddling around with some sketches in the mornings over the past few days before I get up; I'm not sure yet what I am planning to do. Lino prints? One for each day? Or make up a commonplace book using the sketches? Something will occur to me.
Yesterday I forced myself to go for a walk after a couple of lazy days. The sun came out part way round, and I starting picking up Autumn leaves and putting them in my pocket. I realized that I was encouraging myself along rather in the way that you would find interesting things for a grumpy toddler to try and persuade them to cheer up. It worked! Have I discovered my true level of maturity? And does this mean I am wise, or childish? 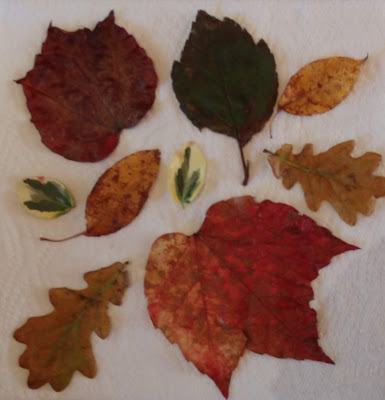 It doesn't take much effort to press the leaves flat on a piece of kitchen paper and take a rather fuzzy picture of them. They are so pretty by themselves that one doesn't even need to be artistic.
I was also delighted to spot this! 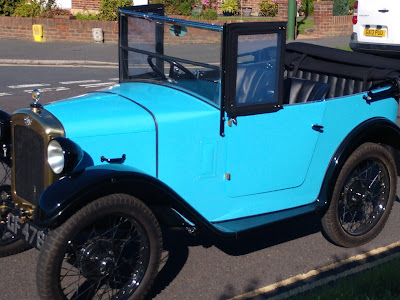 It is owned by someone living further down our road. He had to stop 'because the fuel pump is giving a bit of trouble'. It didn't seem to take long to fix it - he opened the funny little side access to the bonnet, tweaked the something or other and was going again in seconds.
We reaped the reward of my efforts earlier in the week. Those round red silicone baking dishes fit nicely into the Air Fryer, and I filled the four of them plus the metal cooking pan with macaroni cheese, with added kale, onion, and bacon bits, all topped with breadcrumbs and grated cheese. 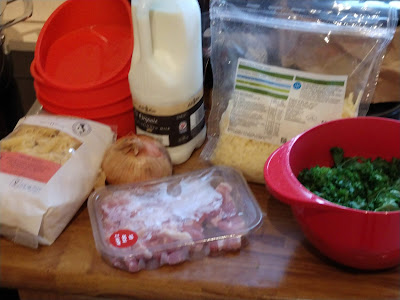 We had the contents of metal dish for supper - it makes quite a light meal for 2 - and the rest went into the freezer. So, one supper meal for each week is sorted. (We eat our main meal at lunchtime these days)
I had tried other containers for freezing the extra portions but they weren't satisfactory, or at least not for reheating in the Air Fryer. 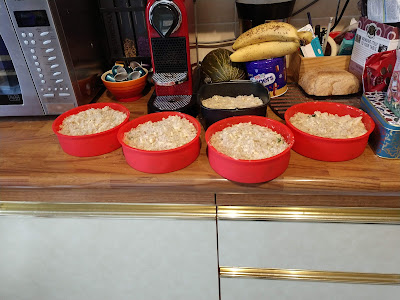 I don't know why it is called an Air Fryer - it is more of a very small, very efficient electric fan oven, coming to temperature in minutes and perfect for two or three people.

Today is Day 50 of the 'wear the Rowena Swing Dress for 100 days in a row' challenge. I had to wash the front of it on Thursday morning when I discovered some splatters of minestrone soup. Maybe washing the in the hand basin while I was wearing it wasn't efficient or practical or sensible, but I managed, also pressing the wet portion dry between two towels. The fabric dried remarkably quickly, but is a reminder to get on with sorting out an apron. 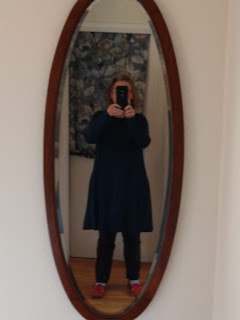