Ok, this bit is all technical knitty stuff. Scroll to the bottom for Noah's Ark, and the mysterious door handles.

I have a definite antipathy towards sewing up the seams of my knitting. So, this jumper has been created without any sewing (apart from weaving in ends and sorting out the occasional dropped stitch or other weirdo stitch that appeared along the way).

Yesterday I finished the shoulders with a - wait for it - drum roll - 3-needle bind off - and was able to try on the completed body; 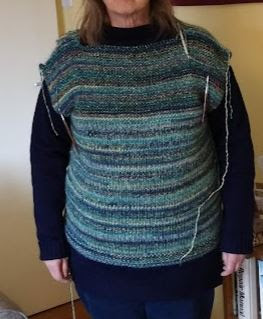 I've just pulled it on over the guernsey I was wearing because I was feeling too lazy to remove it first. I was mainly concerned that the neck was a good size. It is still on two circular needles, one for the front, and one for the back, and there's a long dangly bit of yarn draped down the side as well.

Here is a close-up of the shoulder seam. 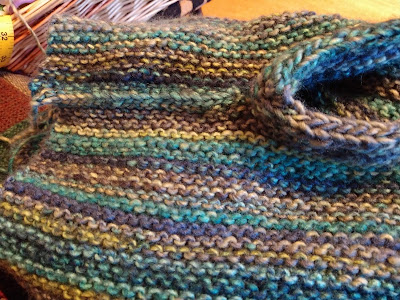 I've done a sort of Norwegian stand neck, where you bind off the front stitches, and then knit an an inch extra at the back before binding off and sort of sewing the edges to the front. The thing is, I did an I-cord bind-off for the front and back stitches, and it has made such a great edge! I did test out the concept on a swatch first. 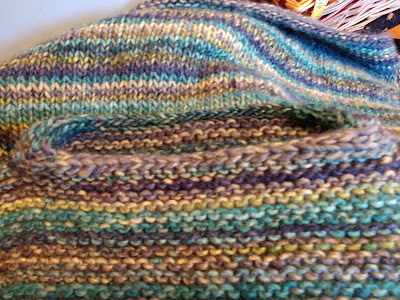 How neat is that!

I started off wanting to knit this Elizabeth Zimmerman 'wishbone' pattern from 'The Knitter's Almanac', but soon realised that the yarn and needles I had were never going to match the pattern instructions for stitches per inch, whatever I did. 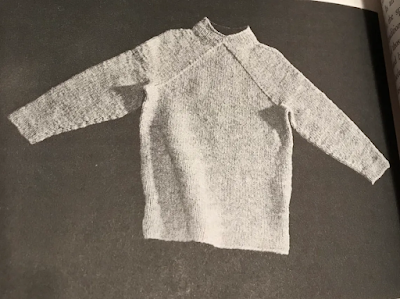 So I turned to my Elizabeth 'Knitting Workshop' and started modifying as I went along...

The instructions for the Norwegian neck, I-cord and 3-needle bind-off are all in 'Knitting Workshop';

here's the Norwegian neck from the book; 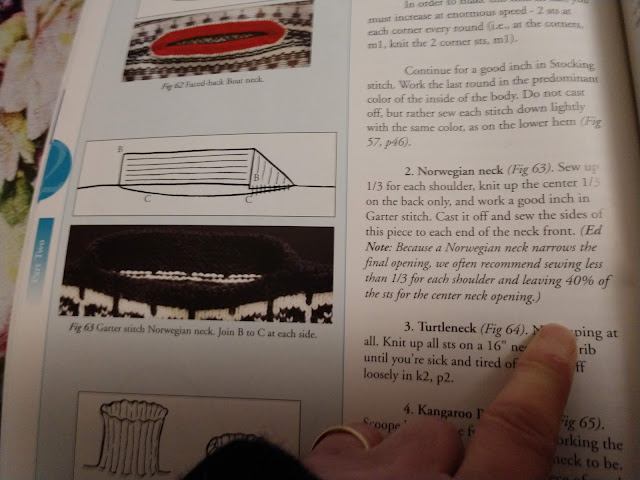 The other techniques are freely available  on the internet, but I couldn't find anything about this type of neck..

The next task is to fathom out how to join the sleeves into the armholes - I can see another 3-needle bind off  event, and I have done a couple of trials. The end is in sight - I should be able to wear this thick, warm woollen jumper around the time Spring arrives for real! Apart

I can recommend 'Knitting Workshop' 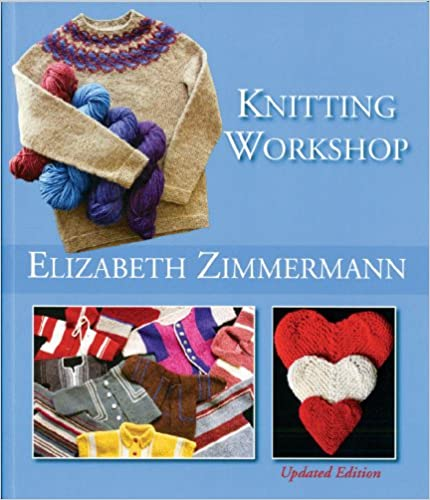 It is expensive (around £25 new) but full of interesting ideas, techniques and patterns included how to knit a jumper without a pattern, and also how to knit the famous 'Baby Surprise Jacket', knitted entirely in one piece and then folded and sewn across the shoulders. I have made two of them so far, one over 33 years ago for my son, and one for a friend's grand daughter. 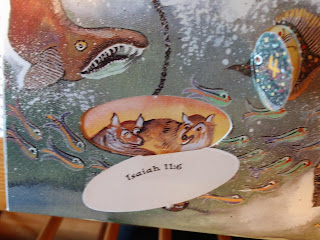 The door handles? Daughter moved into her first bought, not rented, flat at the weekend. There have been some surprising discoveries since moving in; but that none of the internal doors had the latch fitted (the sticky out bit that protrudes into the door frame and holds the door closed) but only the handles screwed to the sides of the door was probably the most unexpected.

Oh, were you expecting a connection to Noah's Ark? I did put a comma in the statement at the top of the blog...