Panic not - this isn't going to turn into another craft blog!

It's just that I'm always on the lookout for ideas for things that my mother might be able to do even though her left hand is still being "disregarded" by her brain. It was repairing her crochet blanket that gave me the idea: 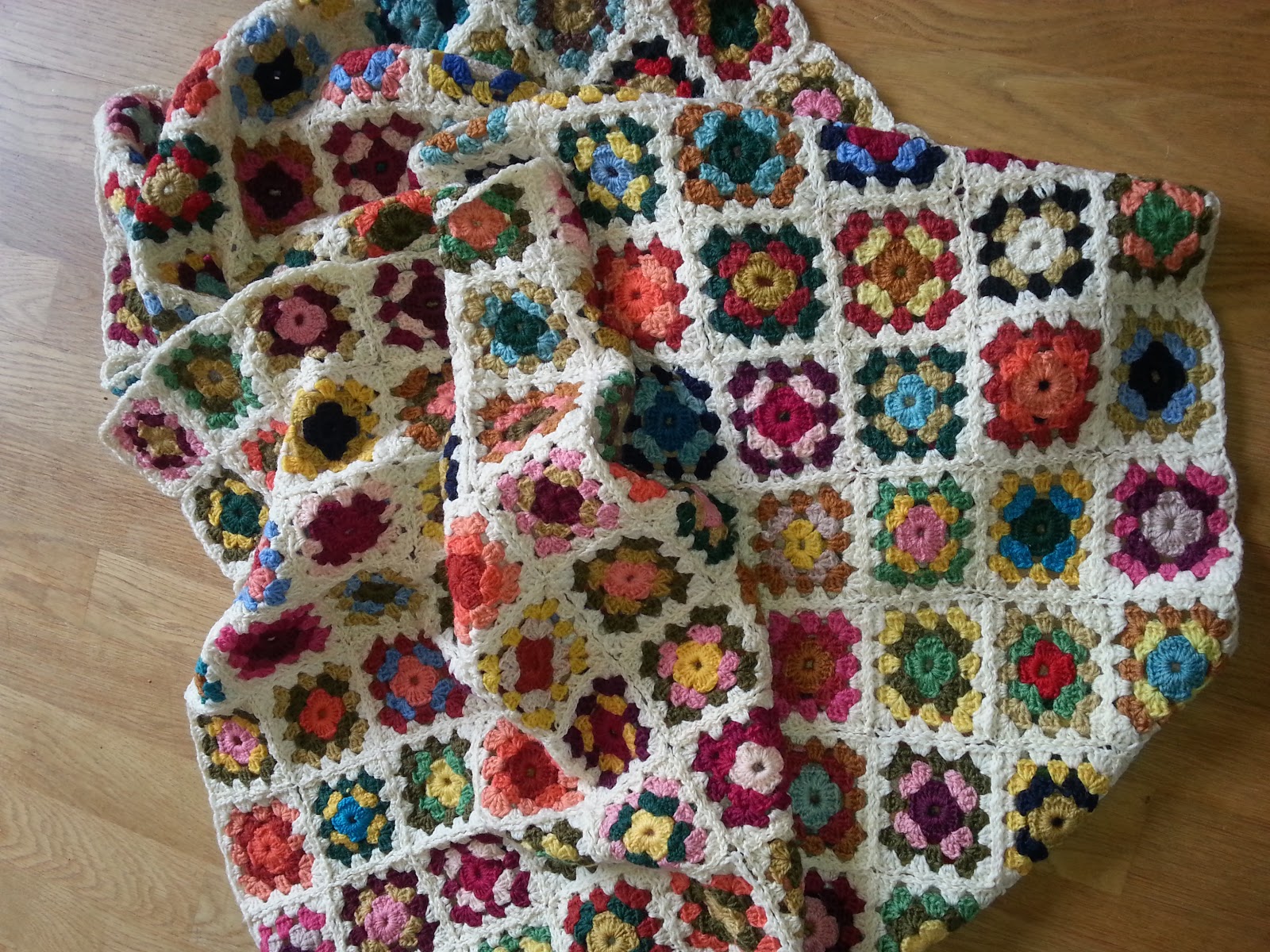 She made the squares for the blanket during all those really, really long long-haul flights we used to make back in the 1970s, when we lived in Indonesia (but my brother and I went to school in England). back then there was no in-flight entertainment of any description, unless you can be diverted by the airline magazines, free packs of cards and colouring books which was about all that was provided.

Well, forty years of use had resulted in about ten of the flowers breaking, and several seams needing mending. It was a task that had been sitting on the to-do list for several weeks, and today I spent a couple of hours on it. We took the blanket into the hospital when my mother was in - it brightened up her corner of the ward and provided much needed extra comfort.

Crotchet seemed to be a possibility, so I acquired a large 6mm hook and some really pretty chunky wool. A little experimentation proved that it is possible to crochet one-handed. By holding the hook in my left hand, and doing all the "work" with my right hand, I was able to create a chain. The trick is to rotate the wool and the fabric, rather than the hook. However, that was as far as I could get. I just could not make head nor tail of any of the instructions for what to do next.

And it's not because I'm a novice - I made this, for heaven's sake! 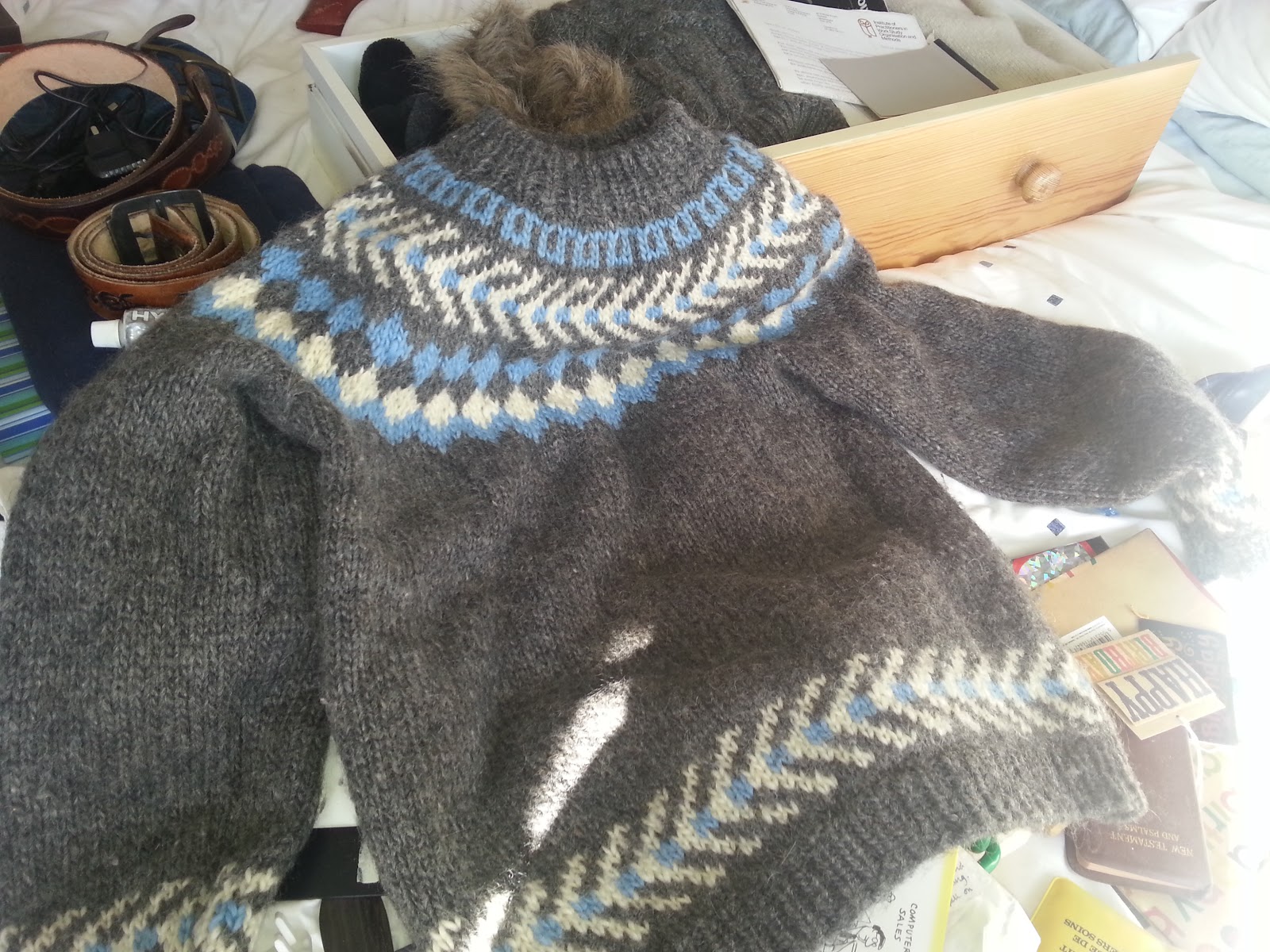 (Cue sound of me blowing my own trumpet)
Then I had a brainwave - how about Tunisian crochet? All I knew about this type of crochet was the name...
It is wickedly simple to do. These aren't the sites where I found the instructions (why can you never find any site a second time unless you bookmark it?) but they do have very clear instructions. One even has a left-handed video which is perfect.﻿
http://chantelg4.hubpages.com/hub/Simple-Directions-For-Tunisian-Crochet

So, I have now managed to create this strip of Tunisian crochet, (using an ordinary 6mm crochet hook and Sirdar chunky wool called Folksong"). Furthermore, I have made it while holding the crochet hook more or less stationary in my left hand. 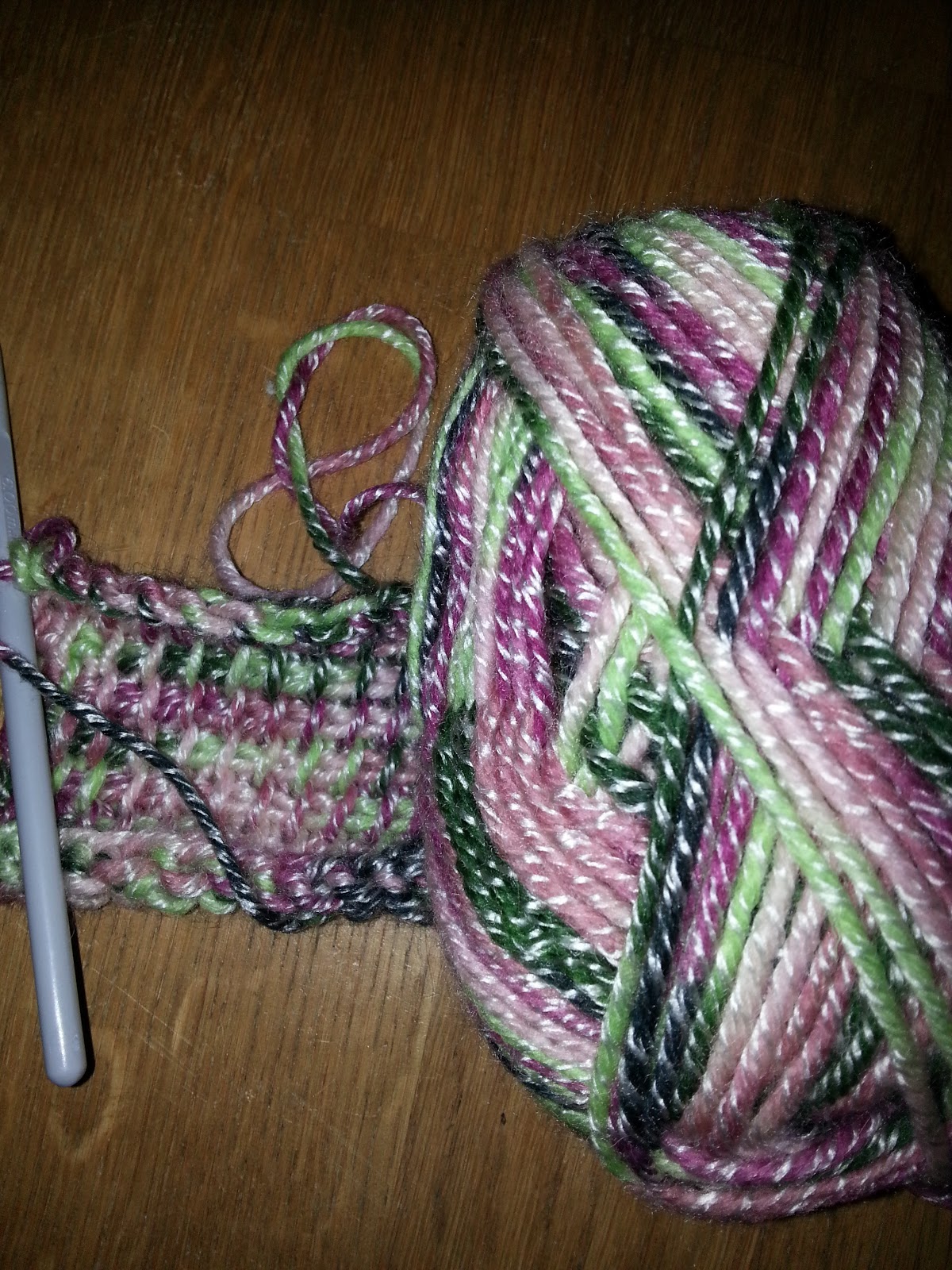 I reckon that it would be possible to create several long strips of fabric, in different colours, and then sew them together to make a new crochet blanket.

But. And there is a huge but. Just because I think it is a good idea, for all sorts of reasons (something useful and productive to fill the time, something to start involving the left hand in to encourage the brain to connect, a new skill) doesn't mean to say that my mother will have any enthusiasm or interest or inclination for it. I mentioned the crochet to her this evening on the telephone, and her response was very discouraging. Oh well. I may end up making it myself.

I wish I could, no, I wish SHE will, find something that she would like to do, that would interest her, that would help her work with her disregarded side.

Oh well, nothing venture, nothing gain?
Posted by KirstenM at 21:38:00