I know, that was two weeks ago, but things happen and blogs don't get posted...

Church was a good way to start the day - Ascension Day. I was rather puzzled at first, until I realised that the vicar had a Northern Ireland accent instead of the the English one I was used to, or the Scottish one I was expecting. Everything else was familiar - the liturgy of the Church of Scotland is very close to that of Church of England. Singing from a Real Hymn Book (and all singing from the same page - had to put that in before anyone else did) was a blast from the past. It's all overhead projection down our way, and anyway if you are really in the groove you sing with your eyes shut.

Afterwards, the weather cleared, and they had a Sunday Farmers Market as part of the festival - great! I munched my way around the locally produced sausages, pickles, cakes, jams, mustards, ending up at the cheese stall. I would dearly have loved to bring some back as a present, but didn't think it would stand up to the journey in a hot train.

After lunch we set out to a beautiful beach, called Carrick Beach. More disorientation for people more used to the Carrick Roads down in Cornwall. 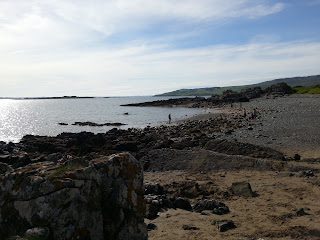 We wanted to investigate an art installation called "The Edge", part of the art trail. This was delightful; we picked our was along a line of realistic looking driftwood and salvage, all connected to local stories and myths from the villages round about. The start of the trail was marked by a working harmonium, apparently washed up by the sea. This related to a story where the church organ disappeared overnight; apparently it was thrown over a cliff by some of the congregation during some kind of dispute... really? 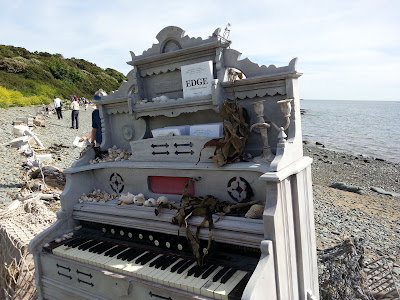 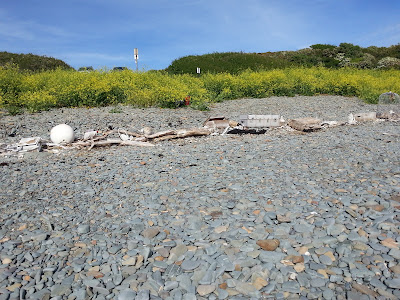 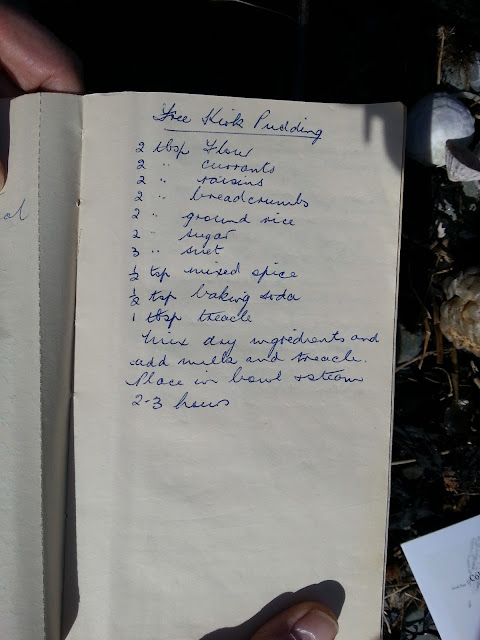 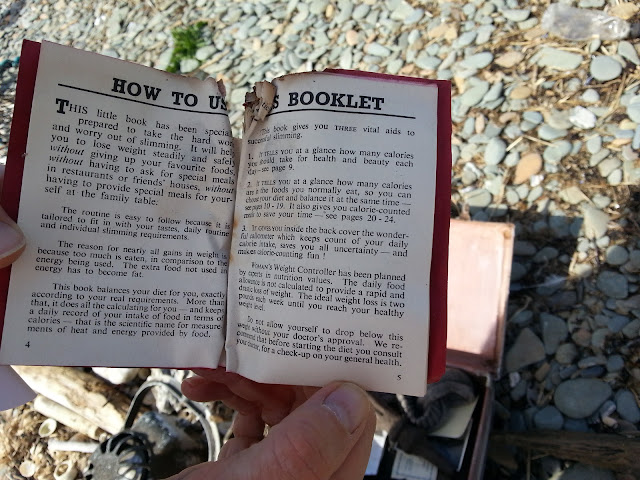 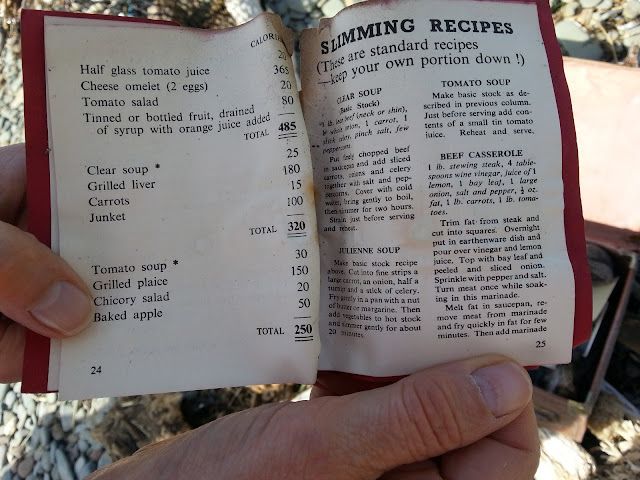 I might try and make the Kirk Pudding some day...

The next hour or so consisted of a series of failures to find anywhere that would serve us an early high tea, before the start of a Male Voice Choir concert in Newton Stewart. Never mind. The COOP was still open, and had six packets of sandwiches left. I got bacon lettuce and tomato - not an occasion for pickiness. We sat in the back row of the Presbyterian Church surreptitiously munching - we'd thought the concert began at 7:30 (so did the choir, I overheard) but kick-off was at 7pm.

They were a great choir, all the way from Stoke-on-Trent (award yourself a prize if you saw that coming) and were justly proud of having won the North Wales Choir Competition twice in a row, and being politely asked to enter a different festival next time round. They shared their concert with a very talented young Traditional Scottish Singer, and a local bagpiper to open and close each half.