Church first though - I was on 'Stewarding' duty. The first time I did this, I had to ask what was involved. Ah, if they had said 'Sidesman' I would have known what to do already, but of course 'Stewarding' is gender-neutral... which I approve of, but a little sadly at the loss of another old-fashioned word.

The main entertainment (of course the liturgy and worship is not meant to be entertainment - but there's always something to make you smile) (apart from the Vicar's microphone unexpectedly switching from off to ON partway through her welcome) was the wrong part of the Scripture being read to us. Muttered consultation halfway through, and the reader exclaiming 'this is my favourite bit in the Gospels'. So we compromised - finishing that reading (given to her in error) and going on to the one we were supposed to be hearing. Actually Luke 4; 14-21 (accidental lesson) ties in reasonably well with Luke 6; 17-26.

Onwards. It was a lovely, lovely day, so instead of going home, we said 'where to next?' I set to work on google and found an old Sunday Telegraph '10 Best Seaside Places for Food' article and it included East Beach Cafe in Littlehampton. Do follow that link to see how it was built! 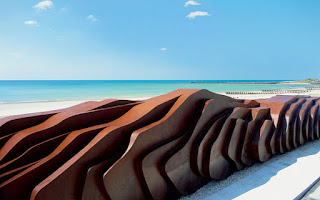 This is what it looks like from the land... It was still the breakfast menu when we got there, so that's what we had for lunch - eggs Benedict in my case, and smoked salmon and scrambled egg in his.

Then we set off for a prom along the prom. There was a holiday atmosphere; families out walking in the warm sun (wrapped up well against the brisk breeze).

A noticeboard mentioned the longest bench, but did we have to go East or West to discover it? I asked a woman passing by; while she was explaining that she didn't know anything about it (we realised later she had been walking past it for the previous ten minutes) a small boy interrupted 'is that the one that goes loopy loopy loop?' I nodded, guessing from his description that was probably what I was looking for. 'That way,' he pointed, and caught up with his own family.

This is what we found; 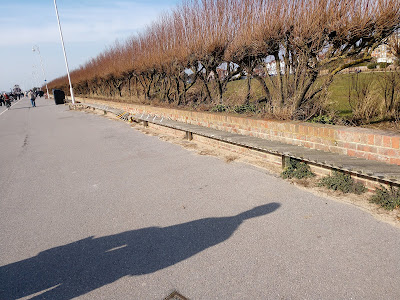 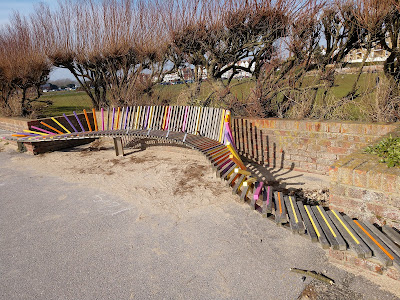 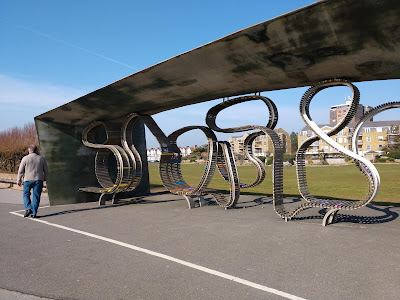 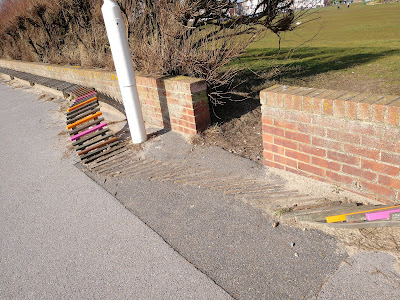 The longest bench in Britain! 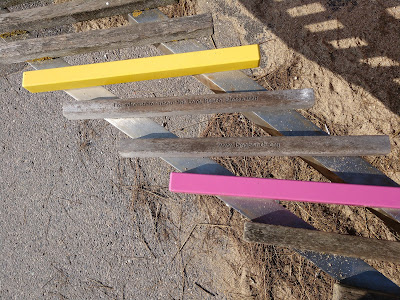 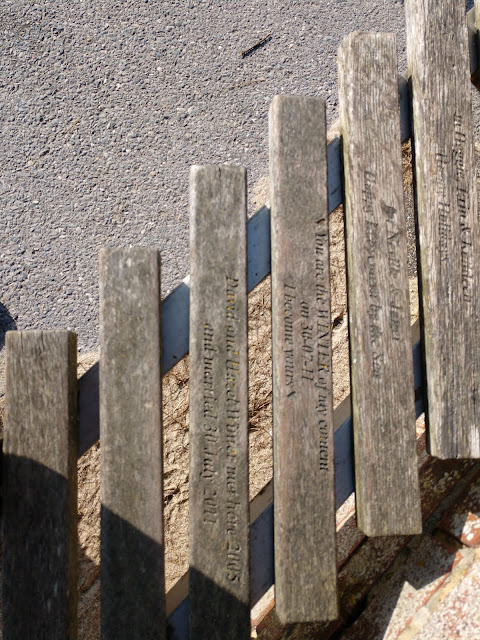 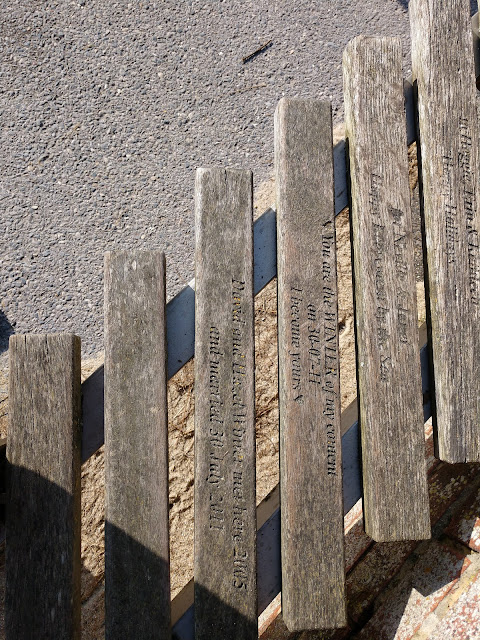 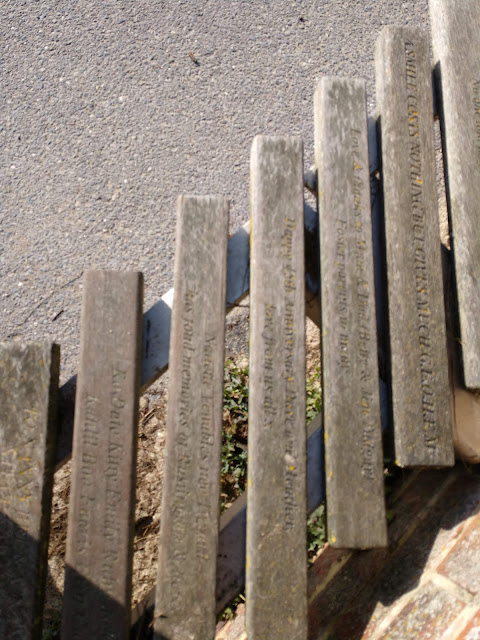 You can have your own message carved (engraved?) onto a slat, which you 'lease' for five years. Many of the messages commemorate weddings, birthdays, families or express love for people and places. The whole construction is one of joy and fun.

As we walked along, more and more people seemed to be emerging into the afternoon sun. It felt like the final scene of a disaster movie, where the people appear from their shelters after a long period of danger and terror and depression into the burgeoning hope of a new dawn (or afternoon). Or maybe the opening lines of 'The Wind in the Willows', when mole emerges from underground spring cleaning and discovers the sun;