Monday 28th October - After the storm - rainbows and a godwit

Number One Son and I went out in search of weather after the Big Storm. We ended up at Pulborough Brooks, the RSPB place. 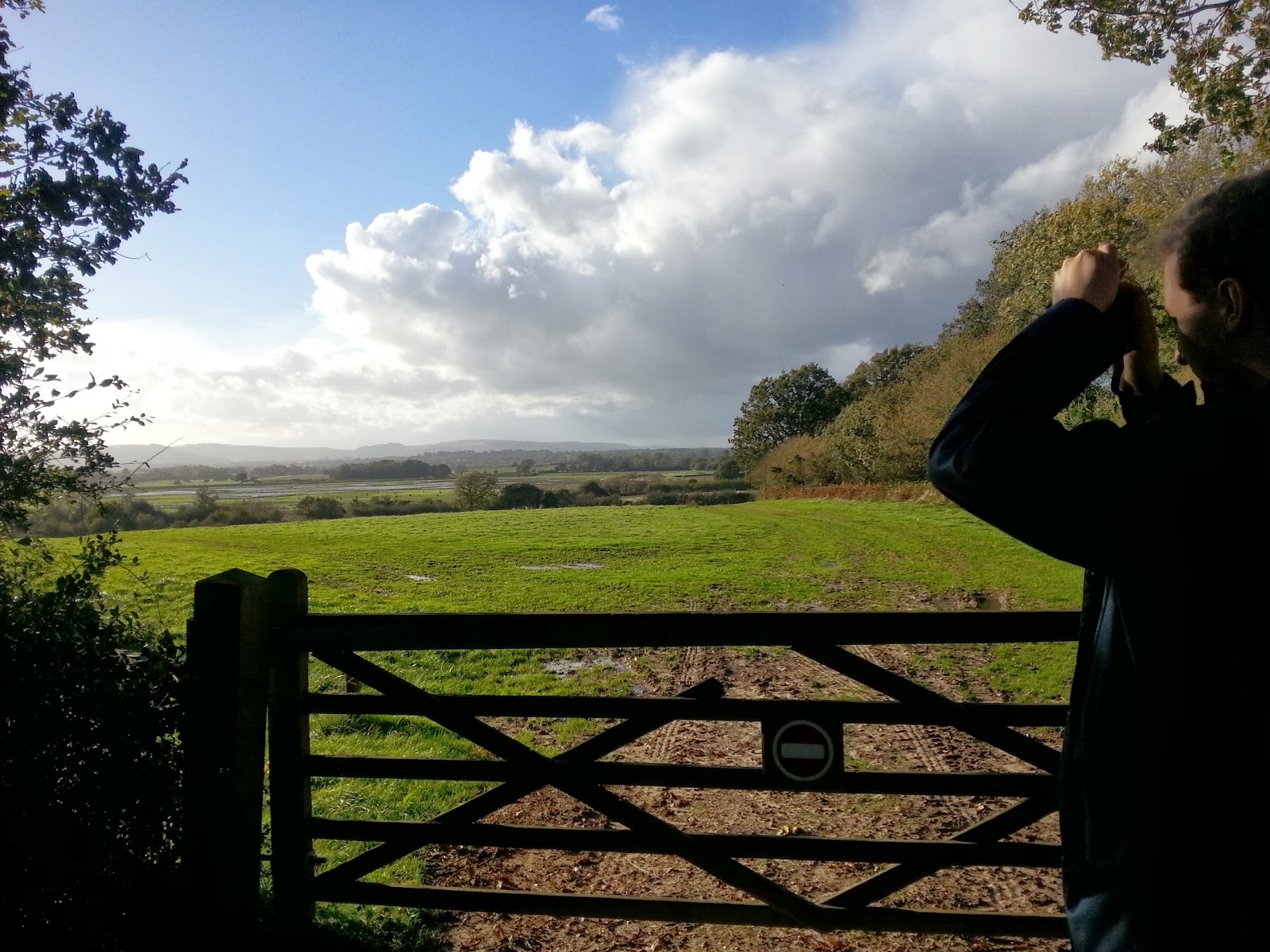 There definitely had been a storm; when I woke up, just before dawn, the wind was making busy and enthusiastic blustering noises round about. I looked out of the window and could make out the oak tree at the bottom of the garden pretending to be a Van Gogh painting - all swirly and twirly in the half-light.
By lunchtime, it seemed like a normal, slightly windy day. The sun was out, the sky was blue... 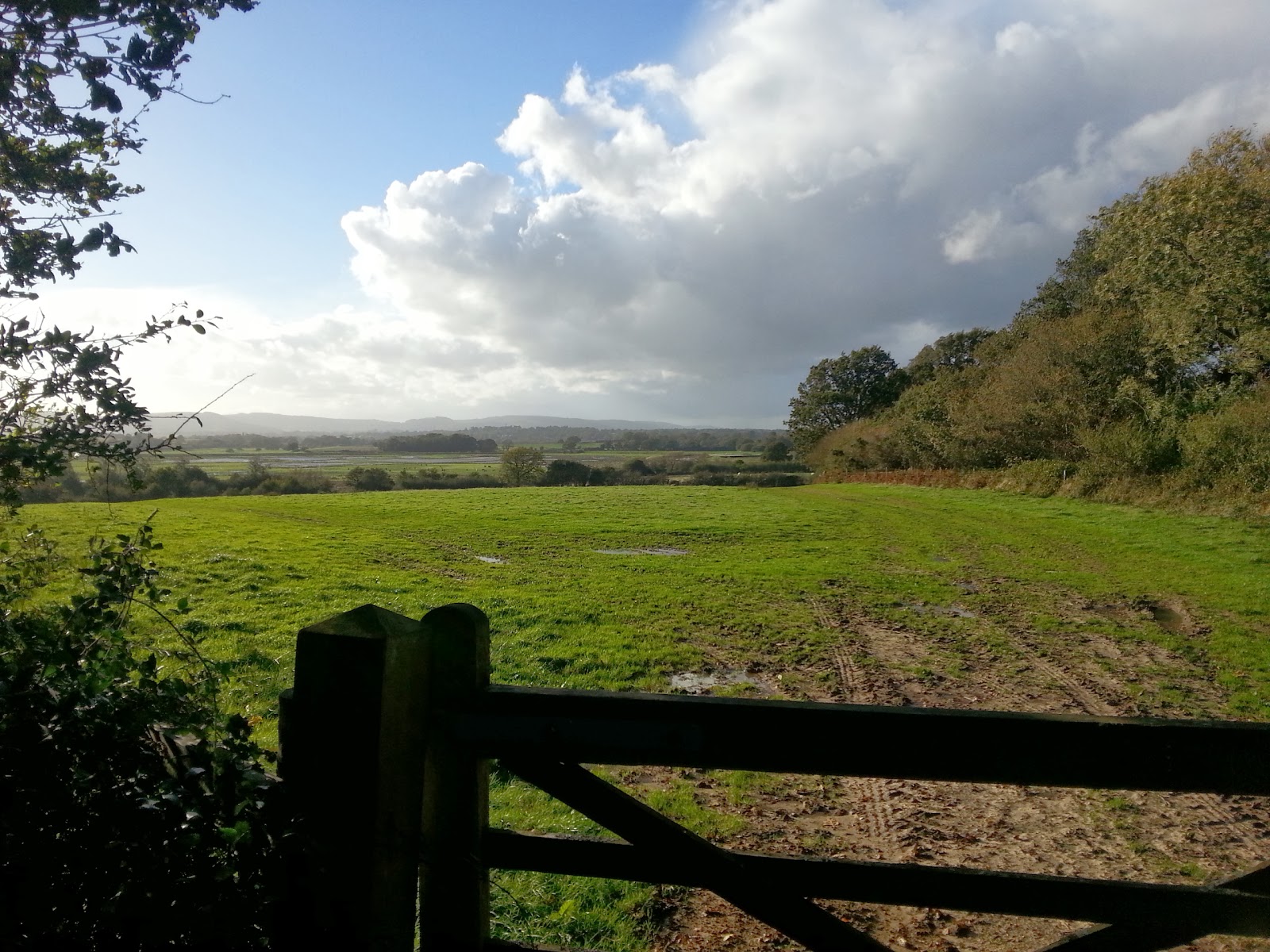 And the clouds were big and determined. They meant business, as we were to discover. 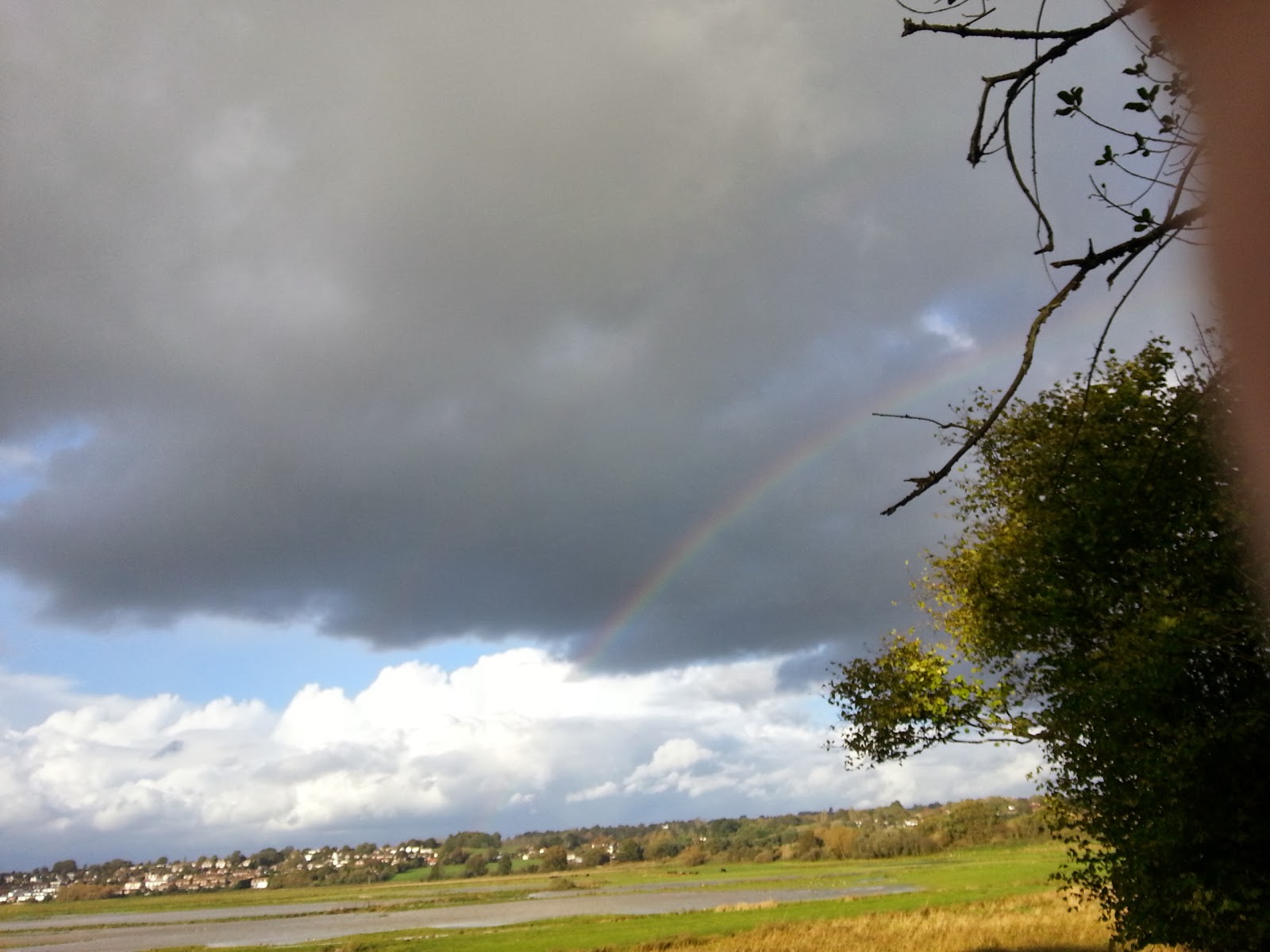 Look again at the picture above; everywhere we went, we saw rainbows. After admiring that rainbow, we carried on round and went into one of the hides. Within a short time the sky turned properly black overhead and we were incarcerated for about ten minutes by real, steely grey rain thundering down relentlessly.

When it stopped, two of the volunteers laden with Serious Telescopes appeared. I was delighted to hear them exclaiming over a godwit that they could just make out at the far side of the water-logged field in front of us. How perfect. A godwit. (Not sure if it was lesser or greater or spotted or black-backed - not sure if I care, actually). They radioed their find in to "Base" who promised to report and log it. They even let us look through their telescope, so I, too, have seen a godwit. 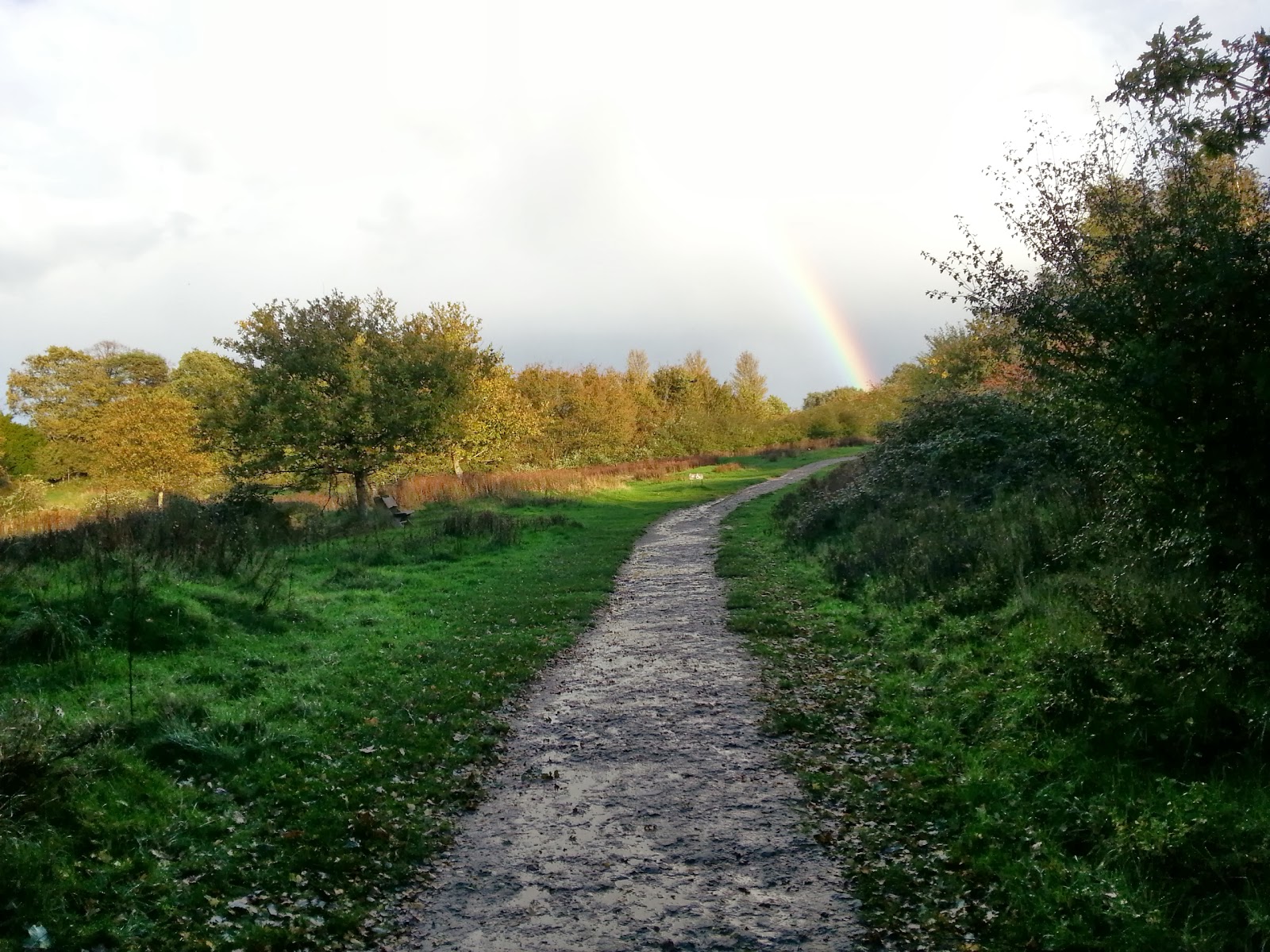 It was getting on in the day so we made our way back up. At one point it was raining and sunny at the same time, with rainbows around every corner, appearing in the gaps between trees, brightening and fading, and brightening again. 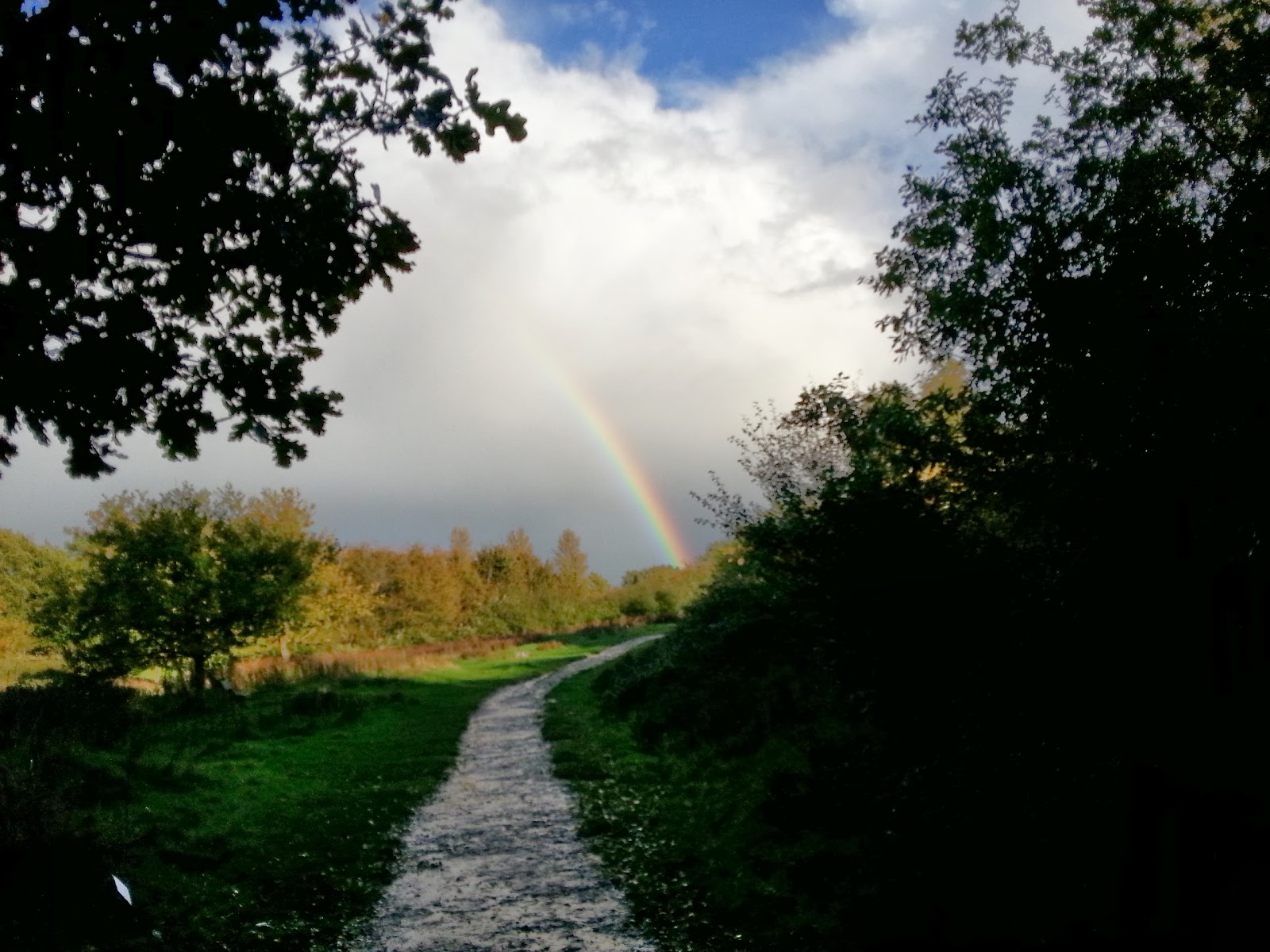 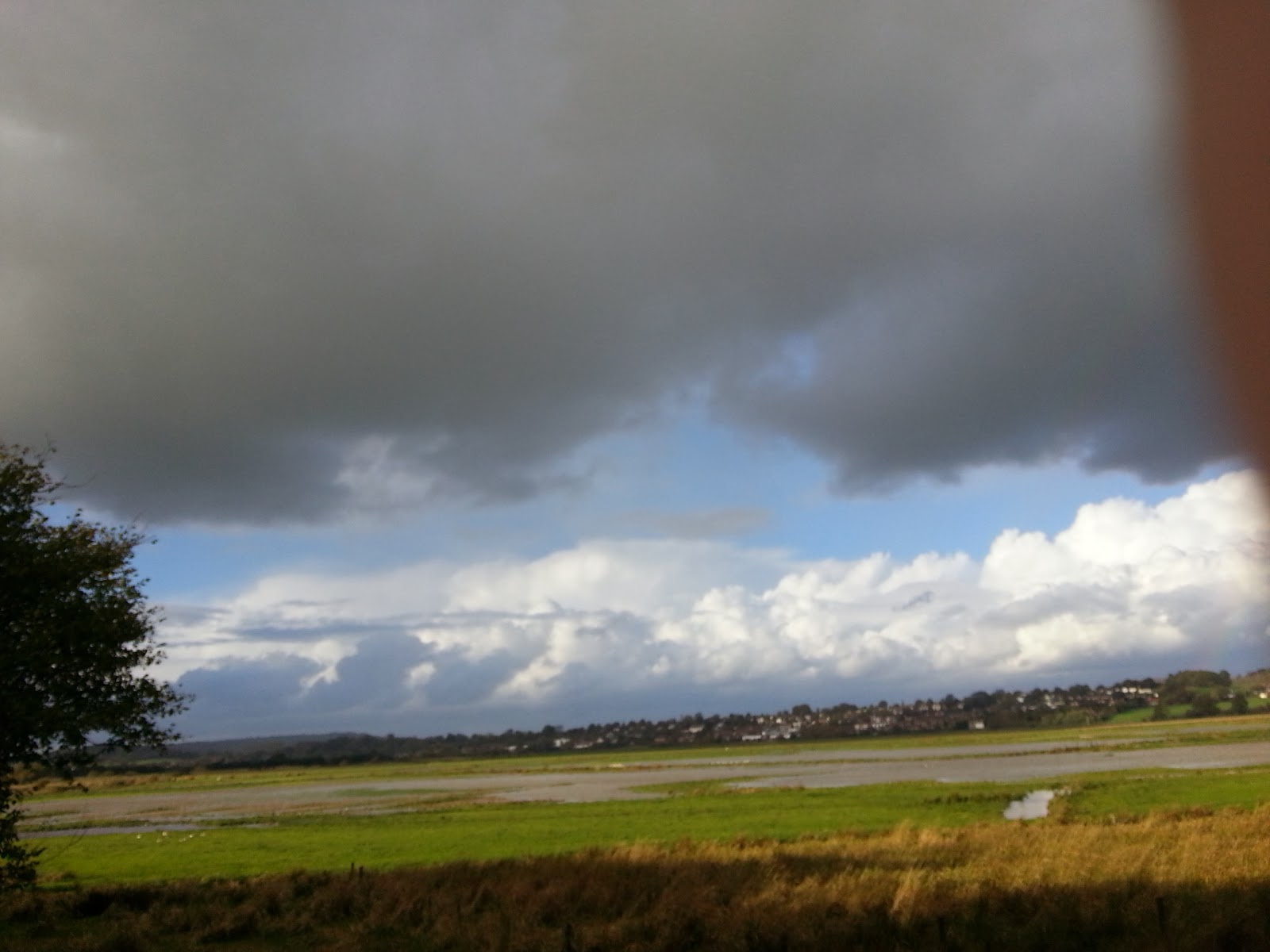 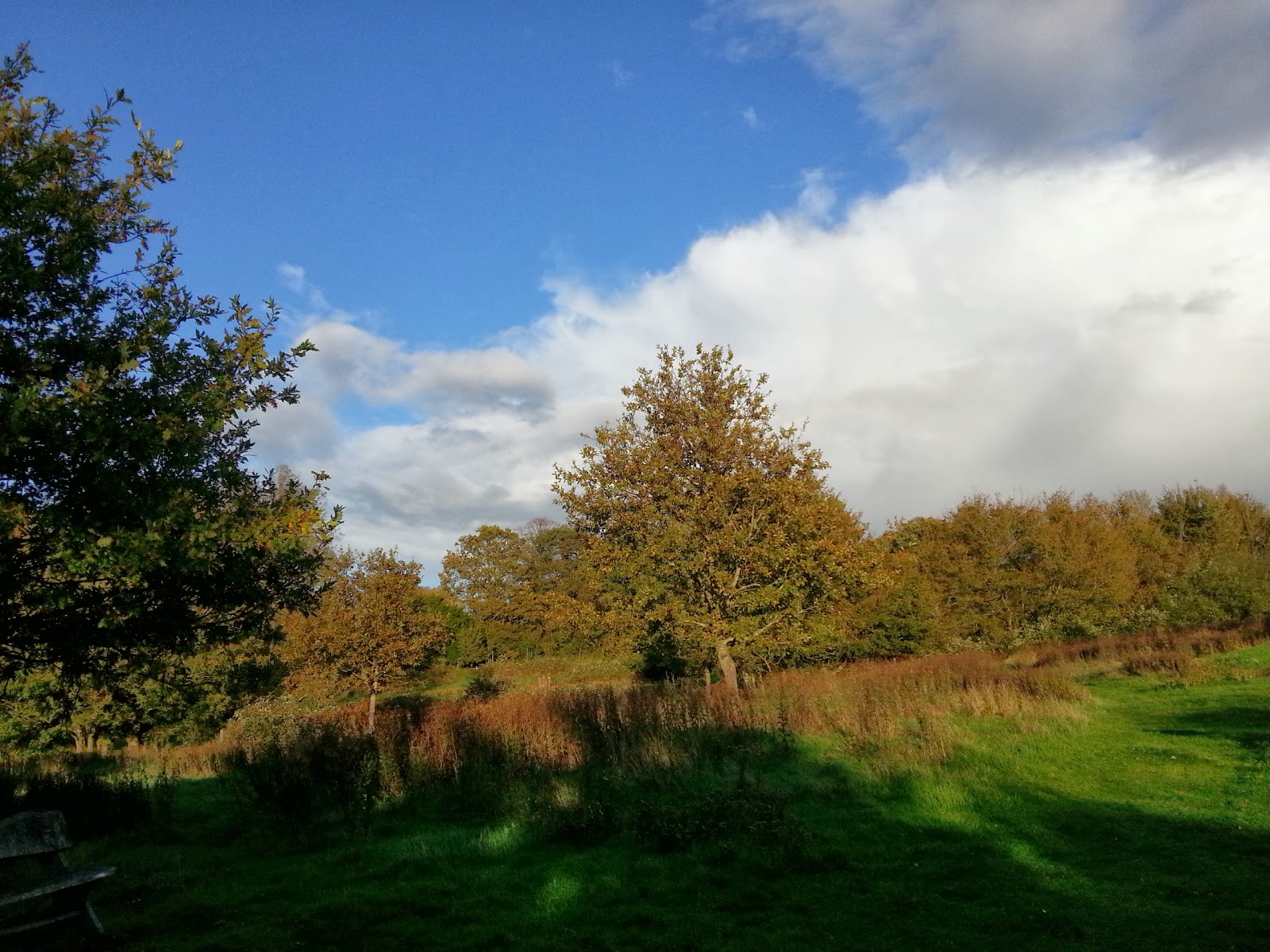 Number One Son managed to track down a geocache that we failed to find last time we were here. It was hidden in a snail shell, and the shell hidden in the sort of place that snails like to hide in. I'm not sure if you can make out the tiny scroll tucked inside the shell for recording your D and the date that you found it. Luckily I keep a pair of tweezers in the car (!) so we were able to extract it. 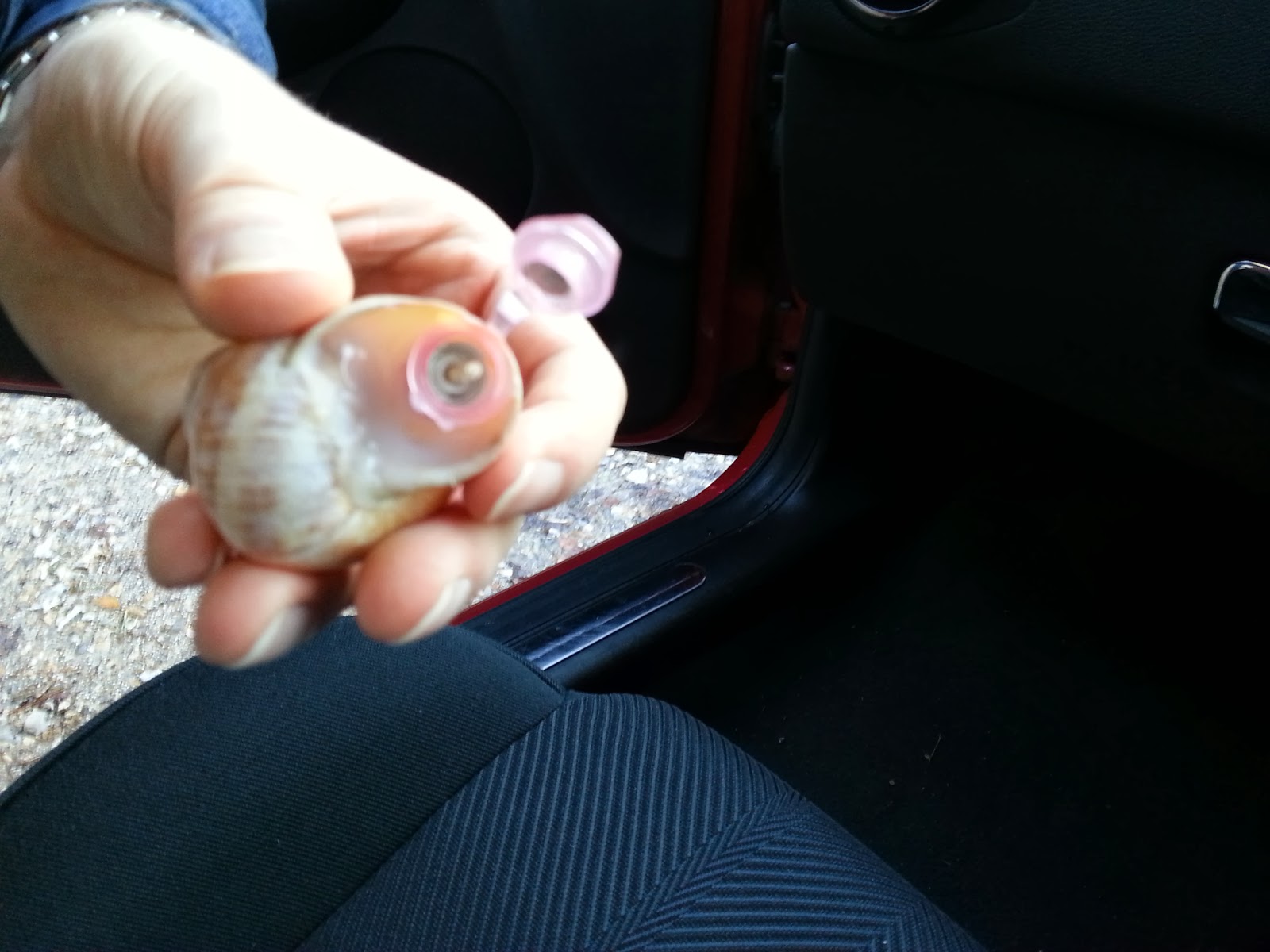 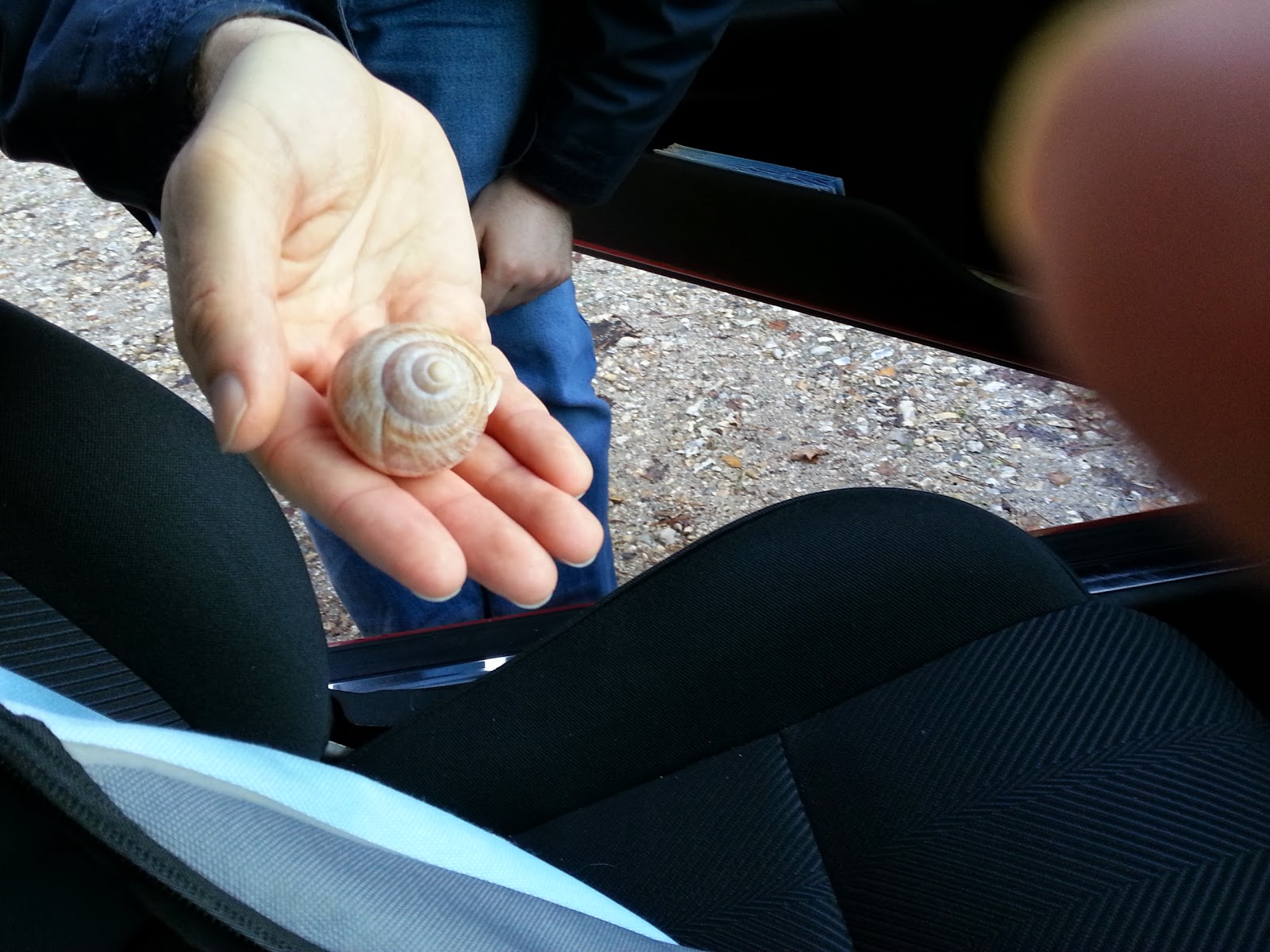 Then he replaced the shell, and we went home to make cakes.

Yoghurt cake with apple, which was delicious.
A new version of Farmhouse Cake from www.recipesfromacornishkitchen.blogspot.com, made with whisky and water instead of milk, twice as much dried fruit, a peeled and chopped apple, and half and half muscovado and soft brown sugar, and mixed spice and nutmeg which is apparently still too warm to try properly. Verdict will be available tomorrow.
A Good Day.
Posted by KirstenM at 20:58:00