This term has been a bit of a slog. But the holidays are here at last.

We did the end of term Easter Service; up the hill in pouring rain, dodging the puddles. The smallest children had all made Easter Bonnets. I think my favourite were the twins wearing painted card sick-bowls decorated with chicks and such like. 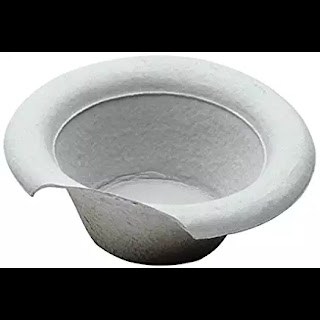 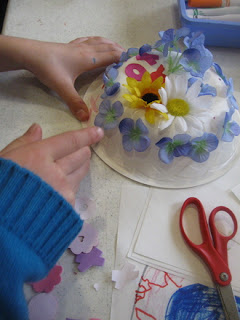 Another child had battery-powered Easter-Egg lights arranged around her hat; 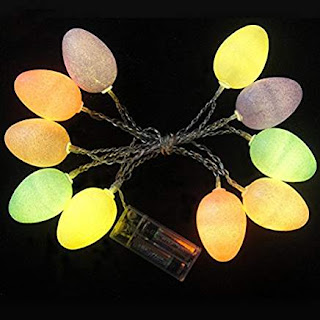 My main concern was bashing through the songs on a keyboard (ugh) balanced precariously across the angled back and sides of some choir stalls. There was a moment in the first song where I had to somehow rescue the contraption ( for musical instrument it is not) from sudden descent and destruction, but the rest of the songs passed off reasonably ok.

I could have gone to the Maundy Thursday Service in the evening, but I didn't. I'm feeling a bit finished for the next day or so.

Son has come to stay for a few days, and Daughter came to supper. BB cooked and served meatballs and spaghetti. I'd forgotten how much I like spaghetti. Al dente, not tinned, obsv. Then we sat in a total silence companionably reading our books. No tv. Silence. Bliss.

At bedtime I discovered that I hadn't changed my watch from Sunday so it was still on whatever time it had been before the clocks went forward. How had I managed to be in the right place, teaching the right person, at the right time all this week?

I also had a bit of a catastrophe knocking back all the pills I take in the evening - when I went to tip the collection of pills, tablets and capsules from the little dish where I assemble them into the palm of my hand ready to chuck them all in my mouth, I realised too late that I was still holding my water glass... unscheduled washing of jumper, socks and carpet ensued. Is this a hint that I need the holiday?

And I finished re-reading "A (Very) Public School Murder" by Simon Parke, an "Abbot Peter Mystery". I looked it out again because I found this quotation I had saved

"[she] looked at [Abbot Peter] and remembered why she wanted him here for the interviews. 'The Abbot's like a deponent verb,' as someone once said to her. 'he appears passive, but is in fact active.' "

That sent me looking up 'deponent verb'

"In linguistics, a deponent verb is a verb that is active in meaning but takes its form from a different voice, most commonly the middle or passive. A deponent verb has no active forms". Of course, as any fule kno. It seems there aren't any deponent verbs in English, but plenty in Latin and Ancient Greek and Sanskrit and Swedish.

So what was all that about then?

There is a fair bit of wordplay in the book, (starting with the title) and ideas that gave me pause for thought, let alone the murder mystery, so overall an enjoyable read.