Here's the back gate... just visible through the laurel 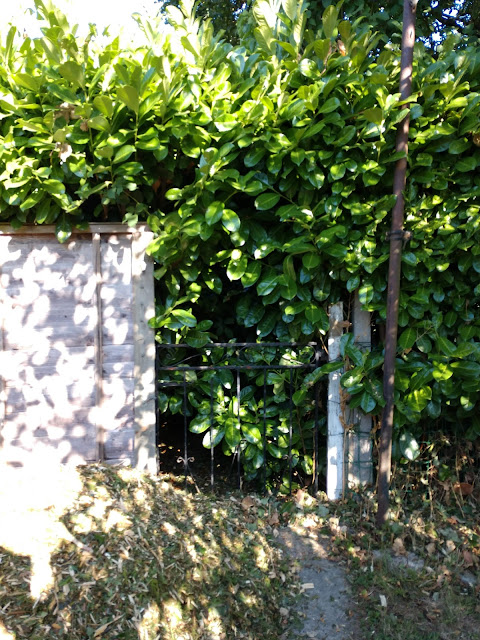 We've been meaning to reclaim the path to the open ground behind our house for many, many years. Knowing that James would be bringing his chipping machine on Monday evening made this too good an opportunity to miss.

The first step was to open the gate, and the second to do some clipping. Then we could get through, into a sort of secret pathway. You have to image how shady and dim it is, as my phone takes an optimistic view of things. 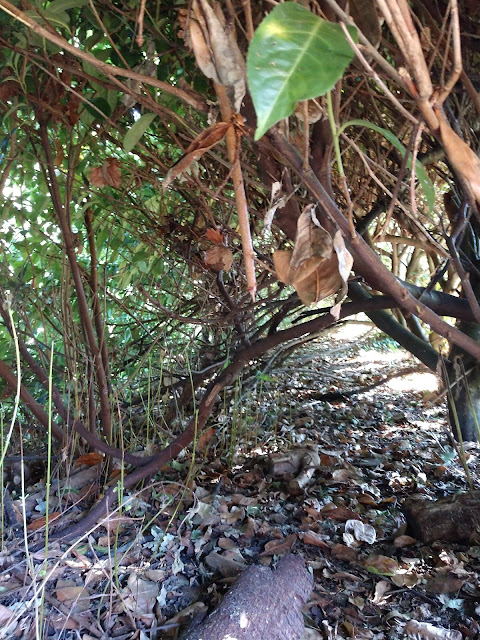 After a good deal of work, involving secateurs, loppers and a hand saw, and I cleared a path through nearly as far as the big oak on the other side of the garden. McCavity came through the gate, where the sunlight streams through, to investigate 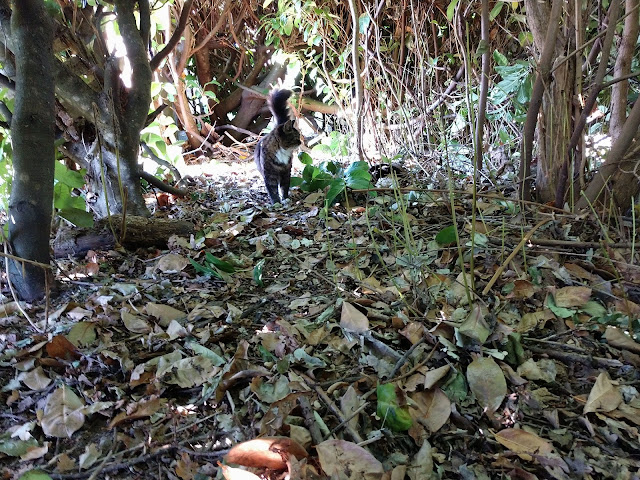 There is an abandoned bird's nest in one of the trees (that's a leaf, not a robin, to the side of the nest!) 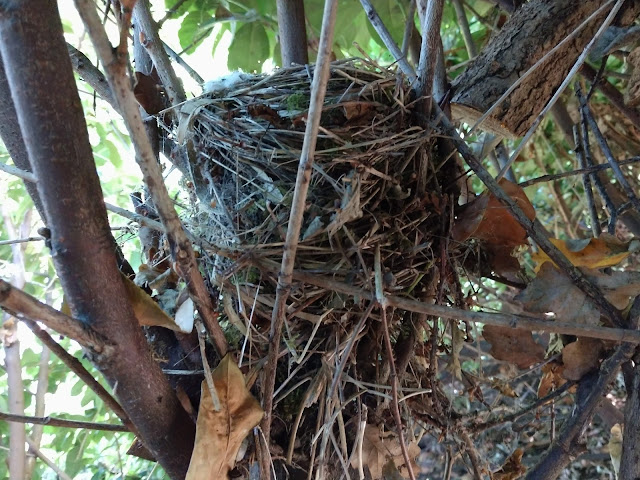 Nothing left of the occupants except a few feathers. 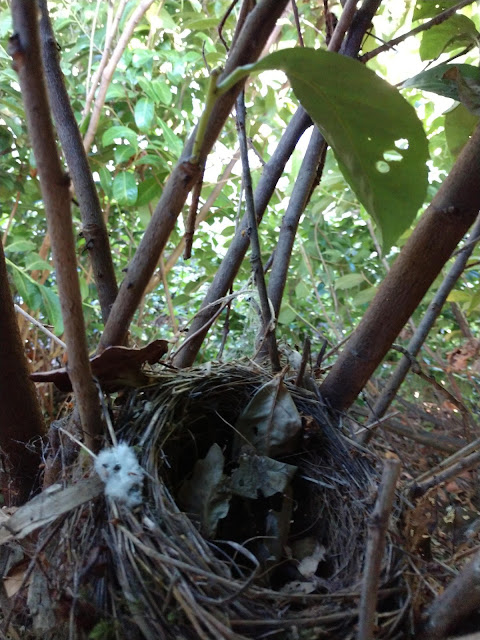 Now we can get through the gate and along the back of the laurel hedge. The final part of the path is still a tricky scrabbling scramble through nettles and brambles and undergrowth. That's something for another day.

(Yes, those ARE my fingers, not apples, in the top of the photo.) 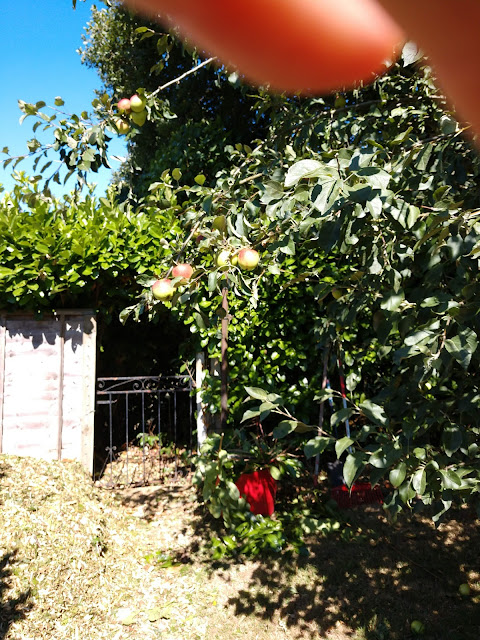 We have generated rather a lot of rubbish for clearing... 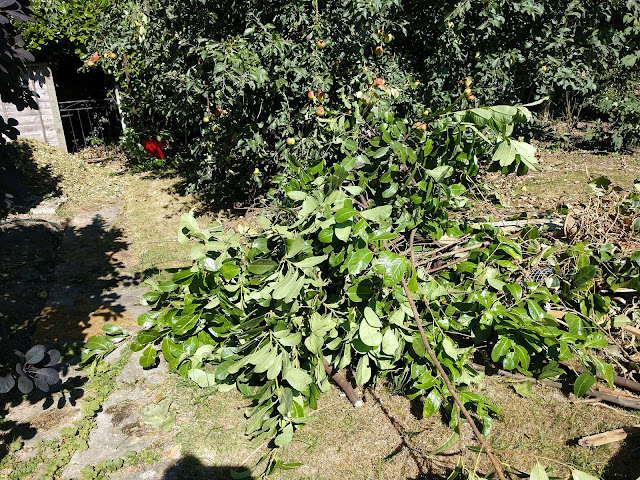 But compared to what James left behind, to deal with next time, it is almost nothing. At least, I'm hoping James will agree... 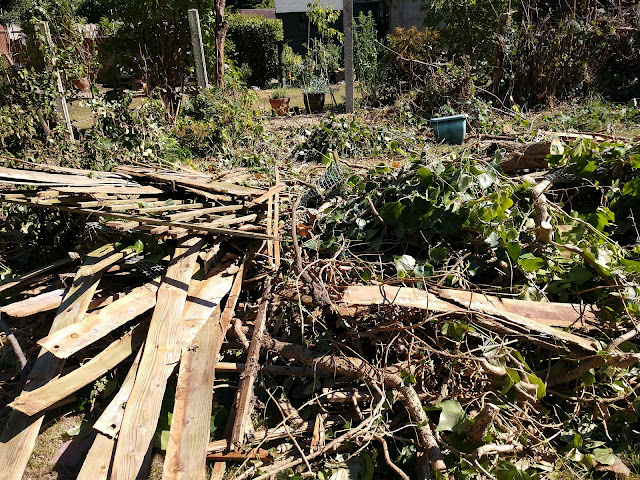 Email ThisBlogThis!Share to TwitterShare to FacebookShare to Pinterest
Labels: gardening, Getting things DONE