If last week ended on the Thursday, then this week, which ends tomorrow, has been nine days long. Nine very long days long...

Friday was travelling to Leicestershire for my father's 90th birthday party, held at my cousin's house. Why Leicestershire? (It would have been in Rutland if they hadn't renamed it some years ago). Well, that's a long story involving relatives from Florida who came over for the celebrations and to visit the place where their grandfather, or maybe great-grandfather came from.

That's my father, on the right - so I suppose the photograph must be nearly 90 years old! 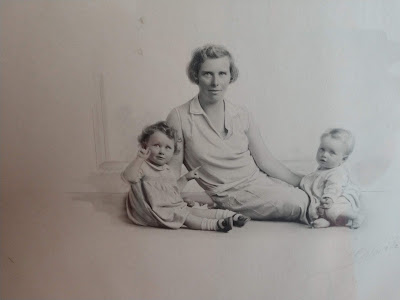 It was a great day, and the final part of that part of the junketing which had lasted several days.

But, there was more birthday yet to come - we took part in a sort of 'flashmob' tea party in London on the Sunday. The Floridians had already scattered in different directions, some to the Cotswolds, some to Paris, and some on a 'Game of Thrones' tour of Ireland, this this was a separate set of relatives and friends.

Monday could have been a day of rest, but I was teaching for six hours...

And Tuesday was a Brompton Hospital day - a very early train to make sure of being able to get a seat and arrive in time for 9am. The hospital checkup was very encouraging. It looks

The Brompton checkup was very encouraging - looking back over the years, it seems that although my lung function drops a little in the winter, it picks up again in the Summer in a regular pattern. We were in and out pretty swiftly, and spent the rest of the day at the V and A; 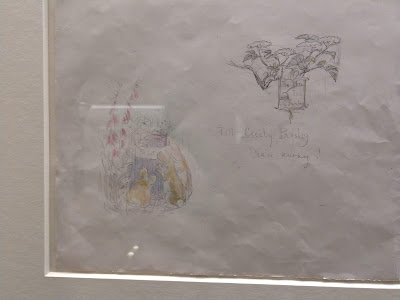 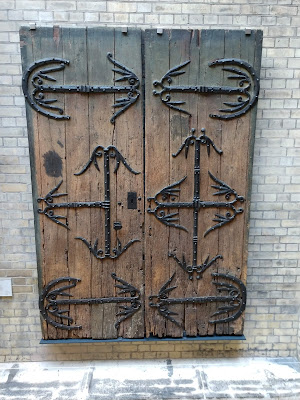 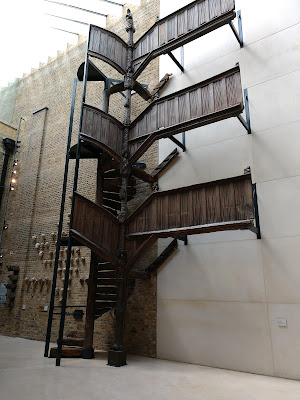 We wandered through rooms and rooms full of ceramics on the way to the display of Port Meirion china - I didn't take any pictures of the china, but this set of plates amused me 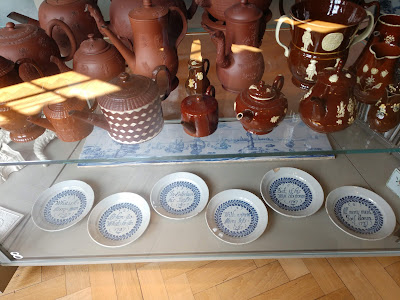 It has been very, very warm this week. The cats can't decided where to sleep; inside? 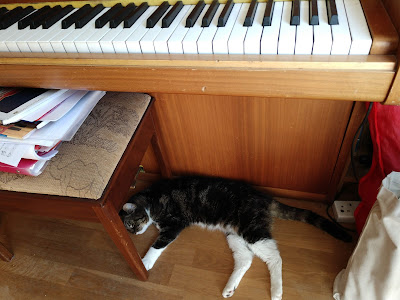 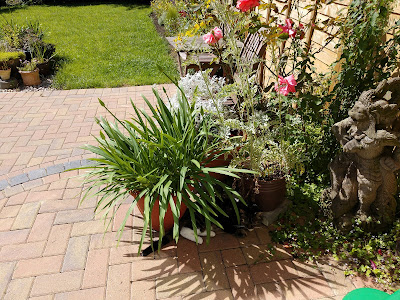