A Day of Rest, during which I've got quite a lot done, things I've been waiting to do, wanting to do...

I've brought my Quotations Book up to date, including these drawings, copied from a website (I've just spotted I need to add a few more lines to the ridged pattern) 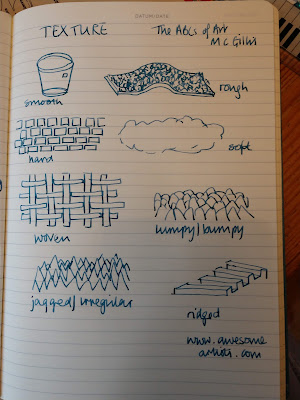 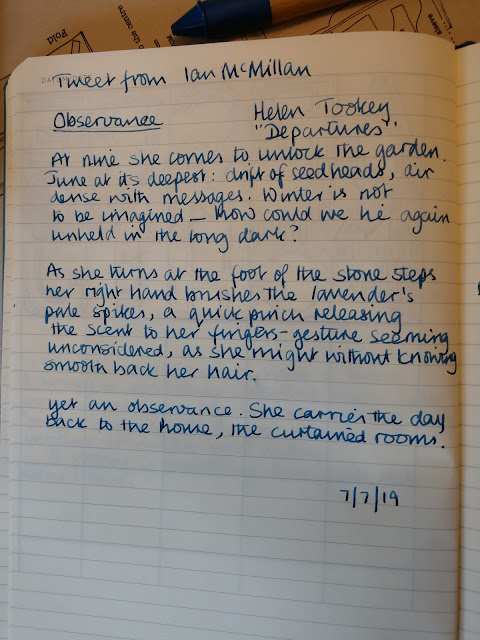 That poem - it is remarkably difficult to copy something accurately. I've accidentally added a full stop after 'smooth back her hair', and now can't easily cover it up. The errant full stop has a significant effect on the meaning.

I think there is something exceptional, memorable, in nearly every line of this poem.

Then I've done some more on the top I am sewing. 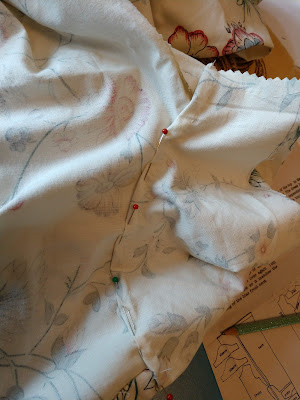 The pins are marking out a felled seam that I am in the process of sewing around the arm hole, to conceal the raw edges, instead of just using the pinking shears to finish them.

The fabric was previously used as the kitchen curtains (or was it the bathroom curtains - I can't remember). This top is a trial run for making it up in a pretty blue embroidered fabric I bought earlier this month.

The pale lemony-creamy background really doesn't suit me, so I plan to dye the whole thing 'tulip red' once it is finished... we shall see how that turns out! At least it will only have cost £3.60 for the dye and rather a lot of time. 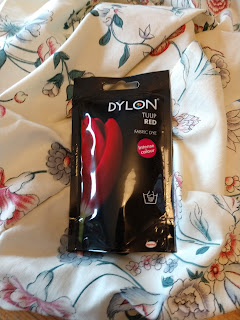 This is the fabric I really want to use; 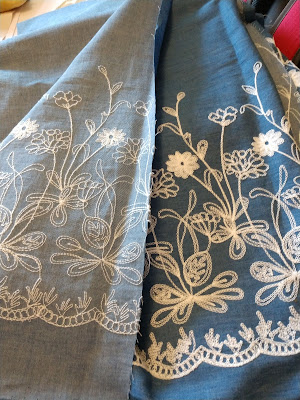 The dark blue with the bright white pattern is the 'right side', but I like the 'wrong side' so much I want to try and make the top reversible, which means deep thinking about how to manage the seams. 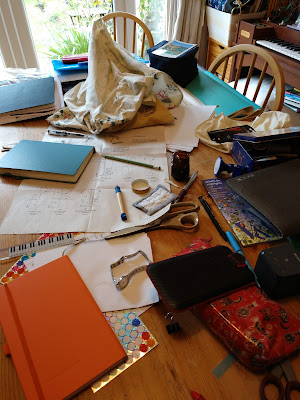 Tidying isn't really that bad - pick it up, put it somewhere (where it belongs, or in the bin, or in a stack hidden on a chair) and repeat...

All this achieved by ten o'clock - and I even had a lie-in beforehand!

I'm still in the midst making preparations and practising for doing painting when we are on holiday. Today I started thinking about what colours to use. It is so much more complicated than it seemed at first. It's not enough to buy choose pretty colours for you paint box, or 'palette' as I am learning to say. Oh no, are they warm, or cool, transparent or tinting or glazing or opaque or granulating? It makes a difference to how they react when you mix them together. The old red + yellow = orange formula is no longer subtle enough.

So I've actually done some of this; taking three colours from the selection in my box, and doing mixing trials. 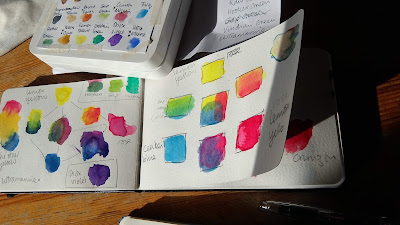 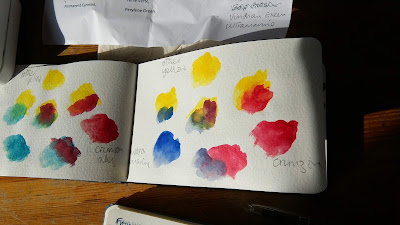 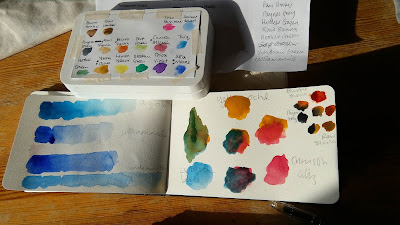 It has been surprisingly helpful.

All that sun shining on the sketchbook is a bit of a false lead. Those were taken around 4 or 5 pm.

When we went to have lunch at Shoreham, we left in the rain. We had Welsh Rarebit in a cafe called Tom Foolery (good, but too salty). The rain had stopped by the time we finished, so we walked across the bridge to Shoreham Beach, and followed the boardwalk. These houses sell for around £1,00,000, the ones in the street behind for £600,000 and the other houses for in the town £300,000. 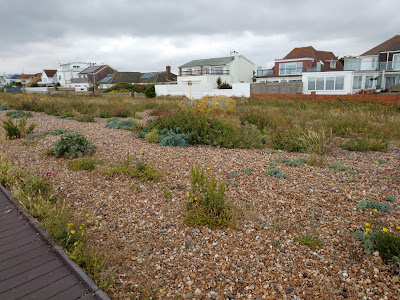 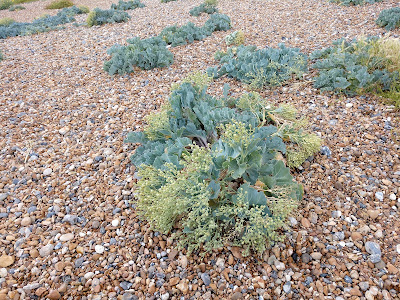 We turned back halfway along; looking back towards Worthing we could see the gathering clouds. 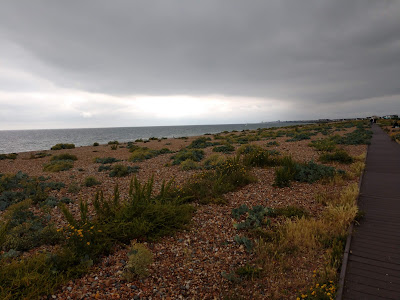 Halfway home, we were driving through clear Summer sunshine...