I finished teaching for the term (officially) yesterday.

The last two weeks have been a maelstrom of piano lessons scattered throughout the days, schedules changing almost hourly as students miss lessons, have other lessons, go on holiday, have extra lessons at school - oh, you name it... it happened...

The net result is that I would end the day reeling, and blogging just didn't happen.

Ah well. Summer has propery i-cummen in, at very long last. I've reired now, from one of my employers, or will have done after Monday. I had a splendid time this morning recycling loads of the blah blah blah paperwork that used to blight my life... when I've finished this post I can feel another happy half hour operating the shredding machine coming on.

(I have just had the typos pointed out. I'm leaving them in. Seems fitting)

I managed to keep up the painting... 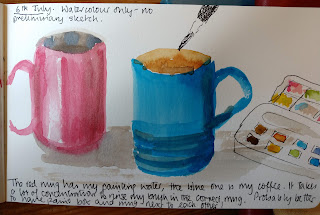 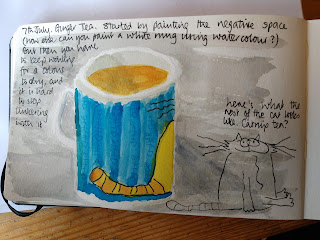 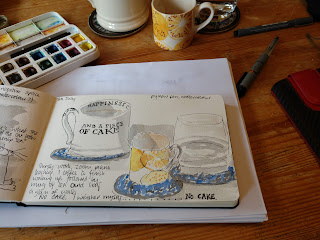 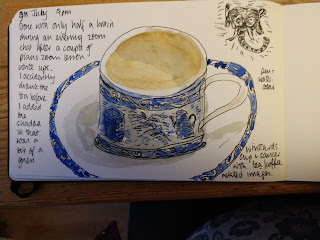 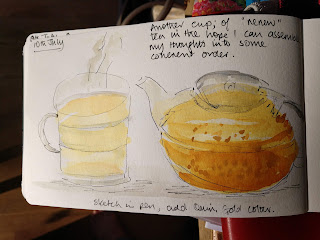 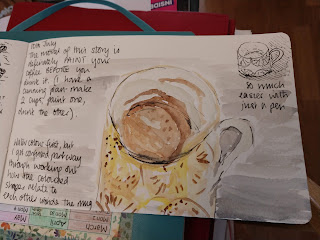 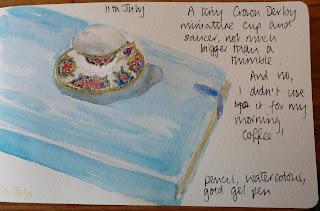 no cup painted on Sunday the 12th, by the look of things; I did other stuff instead. 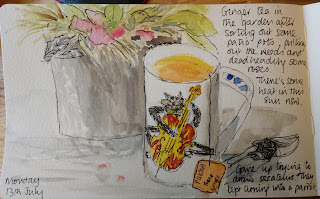 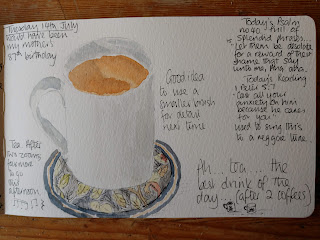 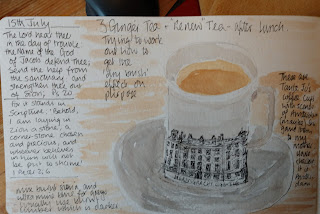 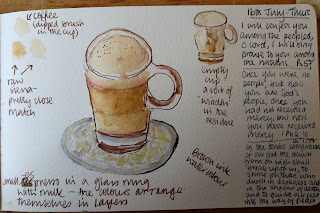 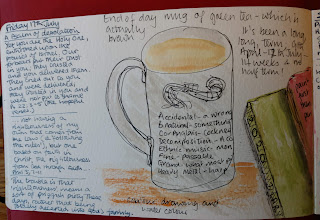 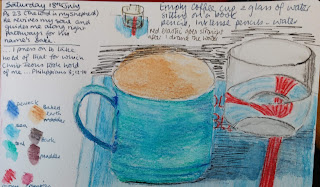 I'll keep this up until the end of July, then think of something else!

I've also been making facemasks; the shaped ones, not the pleated version, simply because that's the video I watched first. 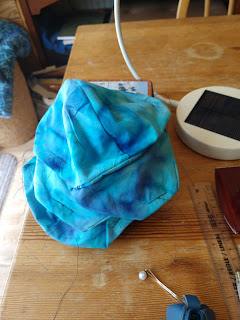 I tried one on - it's not that annoying to wear. I've used the leftover fabric from making this top a couple of years ago to I was a bit matchy-matchy - I suppose I could make masks to match my other tops that I've made and got scraps; no, and there again maybe not. 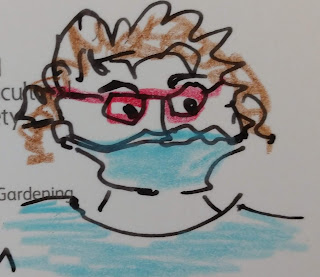 Someone sitting quite close to where I am at the moment told me that this is the expression I had on my face when some of last week's zoom lesson's were more than usually wayward.
Posted by KirstenM at 15:51:00