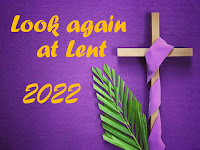 Today's church sermon started with the story of 'Moses in the bulrushes' as a text. (Exodus Chapter 2.)

This must be one of several 'suitable for Mothering Sunday' texts, in this case starting with the idea that women, overlooked by the patriarchal authorities, can subvert cruel and evil laws.

In the story, the Hebrew midwives, Shiprah and Puah, refused obey Pharoah's decree that new bord male Hebrew babies should be killed at birth, making the excuse that the Hebrew women gave birth too quickly for them to get there in time. So Pharoah decreed that male Hebrew babies at birth. Jochabed, mother of Moses, hid her son for three months, before placing him in a basket covered with pitch, and putting the basket into the bulrushes at the edge of the Nile. Miriam, sister of Moses, fixed it so that when the baby was rescued by Pharoah's daughter, he was given back Jochabed to be nursed.

The men in this story, apart from Moses, are not named, only the oppressed Hebrew women, although Pharoah's daughter showed some courage in defying the decree to adopt Moses.

So where does Noah's Ark come into this?

I learned that the Hebrew word used 'basket' is the same word used for 'ark'.

And the Hebrew word for the covering of bitumen and pitch used for both the basket and the ark is also the same. 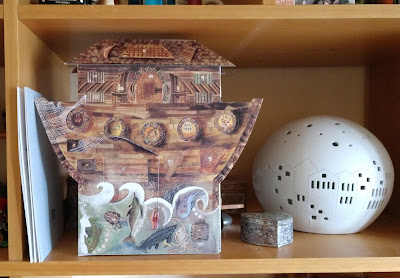 But, amazingly, the Hebrew word for 'atonement' is also from the same word as the one for bitumen and pitch. (see last week's reflection, where I learned that words in Biblical Hebrew carry several meanings)
Atonement, what happens when Jesus dies on Good Friday, that word, contains the meaning 'cover with a protective covering' and also 'make right a wrong'.
And that is what I am reflecting upon this week.