Yesterday was a BEAST of a day - at least the morning was. 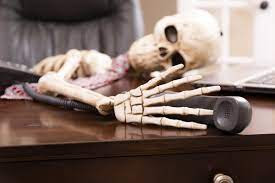 I would ask those in charge of choosing the 'hold musak' to sit and listen to it for 20-30 mins, and then reconsider their choice - both surgeries had the same music,determinedly upbeat, repetitive, with a vicious backbeat (emphasis on beats 2 and 4). Do they choose it to discourage one from staying on the line?

Never mind. On to order some flowers-by-post for a neighbour. At the point where you are just waiting for confirmation that the payment has gone through, the screen froze... had it worked? or had it failed? I'll know when my Barclaycard statement appears - due any moment - but I think it failed and I'll order them again.

No problem. Next task - renew a subscription which has lapsed. Ah. My login was no longer valid - fair enough - but I couldn't create an account in order to put the order through as there was already an account associated with the email address. I fired off an email to the help desk...

One last task - sort out a query to do with a pension that will become due; it is a bit complicated so I did need to speak to a real person. Hey ho. Three minutes of going through menus, and then - deep sigh - back on hold. The music this time was not as offensive, but after half an hour it was time for lunch.

Lunch was the bright spot of the morning!

I got through to the pensions company after half an hour, and managed to stay civil and polite with the hapless man on the end of the phone, and everything is sorted now. After thanking him for his help, I did suggest to him that he pass on my request that whoever chose the 'hold musak' should sit and listen to it for half an hour.... he was non-committal....

The afternoon continue to improve - weather wise and pottering in the garden wise, so at least I went to bed in a happier mood.

Today I had a reply from the help desk, and following the instructions managed to renew my subscription - hooray!

Just the flowers left - I'll leave that for a while longer as it is not time-critical.